How does speed affect lift? 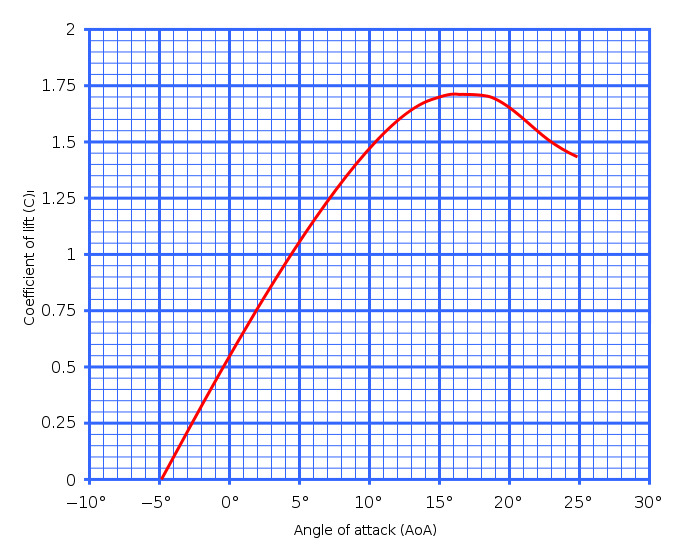 I understand the lift coefficient shown above. But does lift increase with speed, and how?

I understand I can't apply this to the graph as it is a coefficient, but if I had an angle of attack of 10 degrees and a speed of 0 knots, we would obviously have no lift assuming there isn't any wind, but if we increased our thrust and speed, we would gain more lift, and if we increase AOA even more, we get even more lift and the same with thrust.

But what about 0 degrees with symmetrical airfoils, does lift also increase with speed, and does it work similar?

Concerning symmetrical airfoils, they work quite well too, and the equation given above is perfectly valid for them. If it’s true that at zero degrees their $C_L$ is zero, they give zero lift regardless of the speed (zero times anything is zero).

If you have a fixed aerofoil in a wind tunnel, lift increases with the square of the air speed.

However a real aircraft usually only needs enough lift to balance its weight, so as it flies faster it will also decrease the angle of attack to keep the lift constant.

Conversely, if a pilot wants more lift in order to make a tight turn, he will usually increase the angle of attack rather than increase speed.

Lift also increases with air density and wing area (as per xxavier's answer), but those are usually outside the control of the pilot!

It's difficult (impossible, really) to predict what happens based solely on air speed.

To get a meaningful result, you need to go by Reynolds number. Normally, you'll have a completely separate graph for each tested Reynolds number. At a different Reynolds number, not only with the lift change, but the basic shape of the Cl/alpha line is likely to change (e.g., as the Reynolds number drops, it's pretty routine to get a much "sharper" stall--that is, where your graph shows a nice, smooth roll off in lift as the AoA increases, at a lower Reynolds number, it might easily have only minimal loss of lift, then drop much more quickly. For example, here's a Cl/AoA graph for a NACA 6409 airfoil: 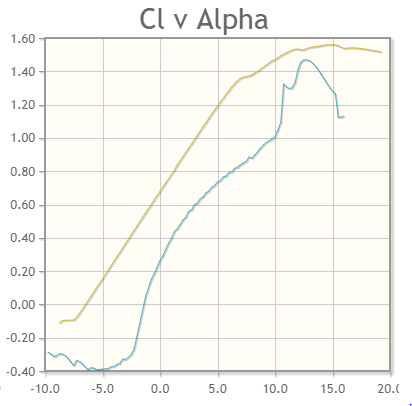 The gold line is at Re=1,000,000, the teal at Re=50,000. These are both quite low, but at least give the general idea. Note in particular that the curves have substantially different shapes. At Re=1M, the lift increases almost linearly with AoA, right up until it approaches stall (at which point it rolls off quite smoothly). At Re=50K, the increase is much less linear, and Cl increases sharply shortly before stall, then drops like a rock, with almost no warning at all.

Welcome to Aviation Stack Exchange James! A simplified answer would be:

For a symmetric airfoil at zero AoA the Cl would be 0, and speed would have no effect on lift: regardless of speed, lift would be zero.

Not the answer you're looking for? Browse other questions tagged lift airspeed or ask your own question.

7
What is the difference between Vs and Vs1g?

2
What is the relation between the Lift Coefficient and the Angle of Attack?
3
For a flying wing airfoil, which AOA is to consider when selecting Cl?
1
How does change in airspeed affect pitching moment?
14
What amount of lift would be created in the fallacious "lift from equal transit time" theory?
3
How can the zero-lift drag coefficient (parasitic drag) be calculated?
0
Do wingtip vortices cause a decrease in the lift component of aerodynamic force, and do planes need to pull more AoA to compensate?
2
How does altitude affect the TAS and thrust of an electric fan powered aircraft?
2
How do coefficient of lift/drag variation with speed differs between swept and unswept wings?
2
Explained intuitively, why does aspect ratio affect induced drag?