How does the glide ratio change with velocity in a glider with air brakes deployed?

I'm interested in how the glide ratio steepens when increasing velocity, starting from the best slope (best L/D) velocity, in a high drag configuration (air brakes fully extended on a glider).

I've seen several graphs of how L/D changes with AOA for various powered aircraft (and not in a high drag configuration), but couldn't find a relevant one.

Will be happy to see a L/D vs AOA graph and/or a sample polar in clean vs dirty configuration.

The result should look something like that. The index wF is for the configuration with speed brakes deployed: 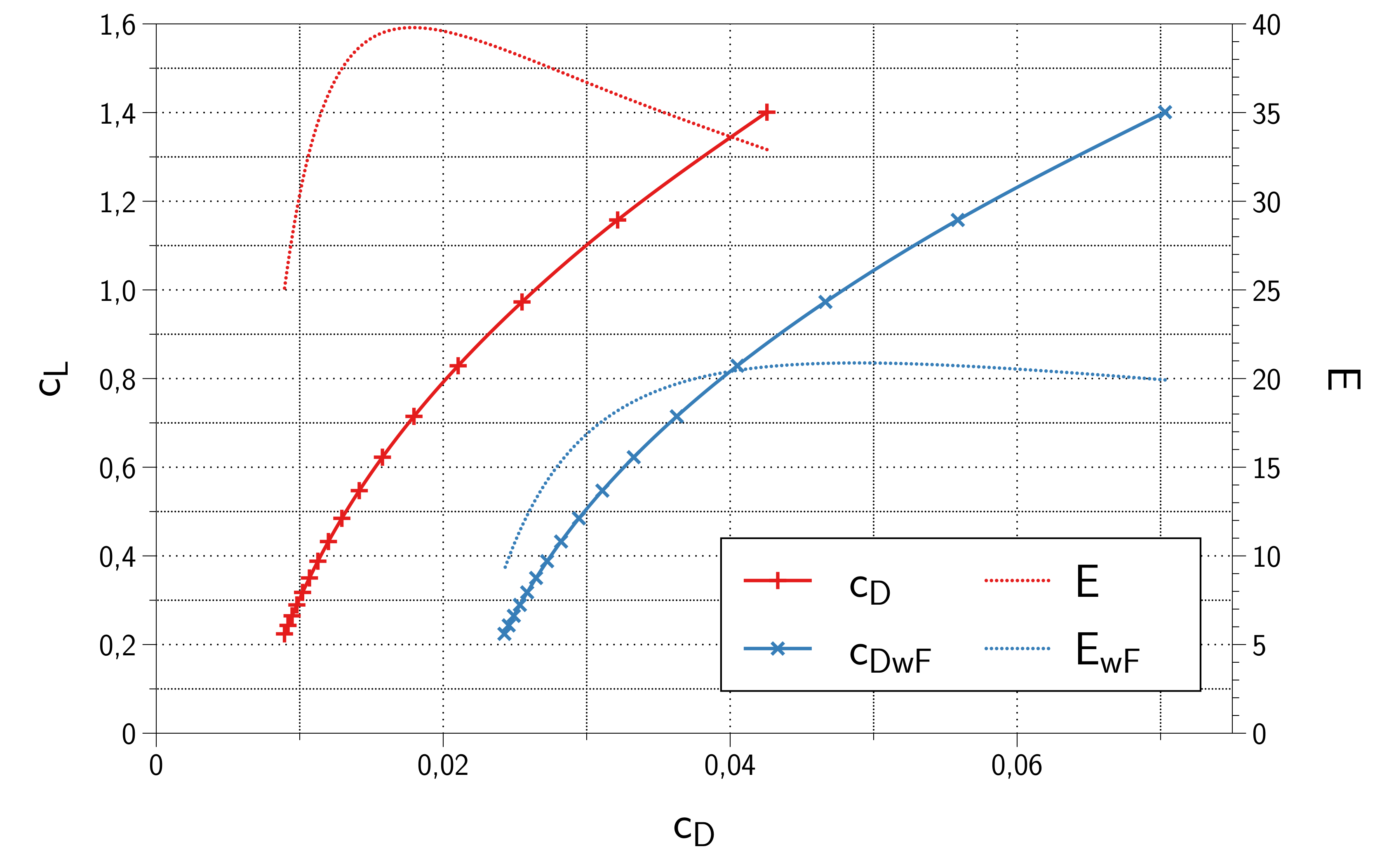 The glide ratio E is the ratio $\frac{c_L}{c_D}$ and plotted on the right Y axis. Note that the best glide is cut almost in half and moves from $c_L$ = 0.7 to about $c_L$ = 1.0 for speed brakes deployed. I did not add the extra drag at high lift, so your result might look slightly different.