What main landing gear actuator does the Boeing 777-300ER have?

I can't remember the name of this system was, but all I do know is that is a big actuator that only exists on the Boeing 777-300ER variant. It will pressurize the actuator according to the thrust input the cockpit. It will automatically tilt-up to get a better AOA.

The airplane is equipped with a tail skid system. The tail skid extends for takeoff and landing and retracts during flight. It helps protect the pressurized part of the airplane from contact with the runway. The tail skid uses the main lading gear actuation system.

The EICAS advisory message TAIL SKID is displayed when the tail skid is not in the correct position.

This Boeing article explains it as follows:

The Boeing 777-300ER's new semi-levered landing gear system has performed flawlessly during the flight-test program. The unique gear, which is manufactured by Goodrich Corp., allows the airplane to rotate early by shifting the center of rotation from the main axle to aft axle of the three-axle landing gear truck. As the airplane rotates, the nose is allowed to rise higher earlier.

You can see the difference here: 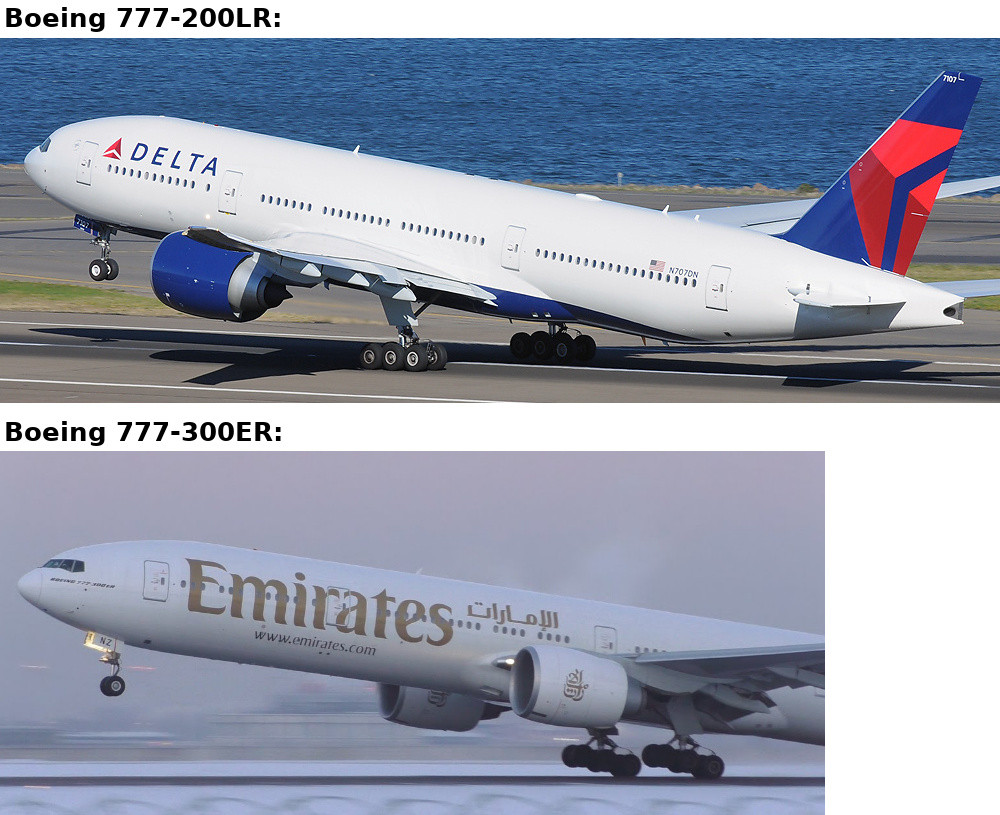 It's called a 'semi-levered landing gear'.

It does not tilt to increase Angle Of Attack (AOA) but rather it locks the main wheel bogey so the the airplane pivots around the rearmost axle during take-off instead of the middle of the bogey where it connects to the main landing gear strut.

The reason Boeing did this was to reduce the chance of a tail-strike. The 777-300ER has a semi-levered gear whereas the similar length 777-300 (non-ER) does not. Possibly the increased MTOW of the ER increased the possibility of tail-strike.

Not the answer you're looking for? Browse other questions tagged landing-gear boeing-777 or ask your own question.

7
How did the Boeing 777X's main landing gear lift before the nose on its first takeoff?