Is the Common Route, either of a SID or a STAR, related to the Runway Transition (climb phase) or the Enroute Transition (enroute phase)?

Based on this question ("What are the 'parts' of a SID procedure?"), I would like to ask for clarification concerning the role of the Common Route in a SID.

As far as I have understood, the most important part of the SID (the "runway transition" as it is called in the ARINC424 specification manual) is visualized with bold lines on the related charts. During this phase, the aircraft performs an obligatory climb with a minimum climb gradient of 200 ft/NM, unless otherwise specified. The remaning routes (common route and enroute transitions) are visualized with thinner lines and their respective Minimum Enroute Altitudes are also depicted.

What I find confusing is that the Common Route is sometimes visualized with bold lines and without Minimum Enroute Altitudes and other times with thinner lines and with their respective MEAs.

An example can be found if one compares FINZZ2 with EPKEE: 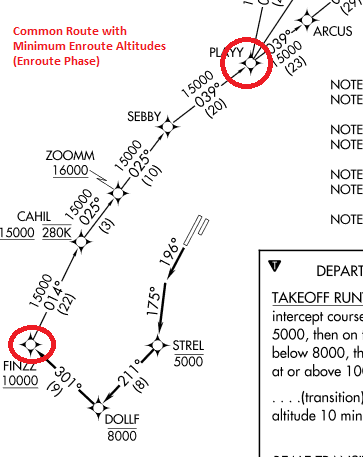 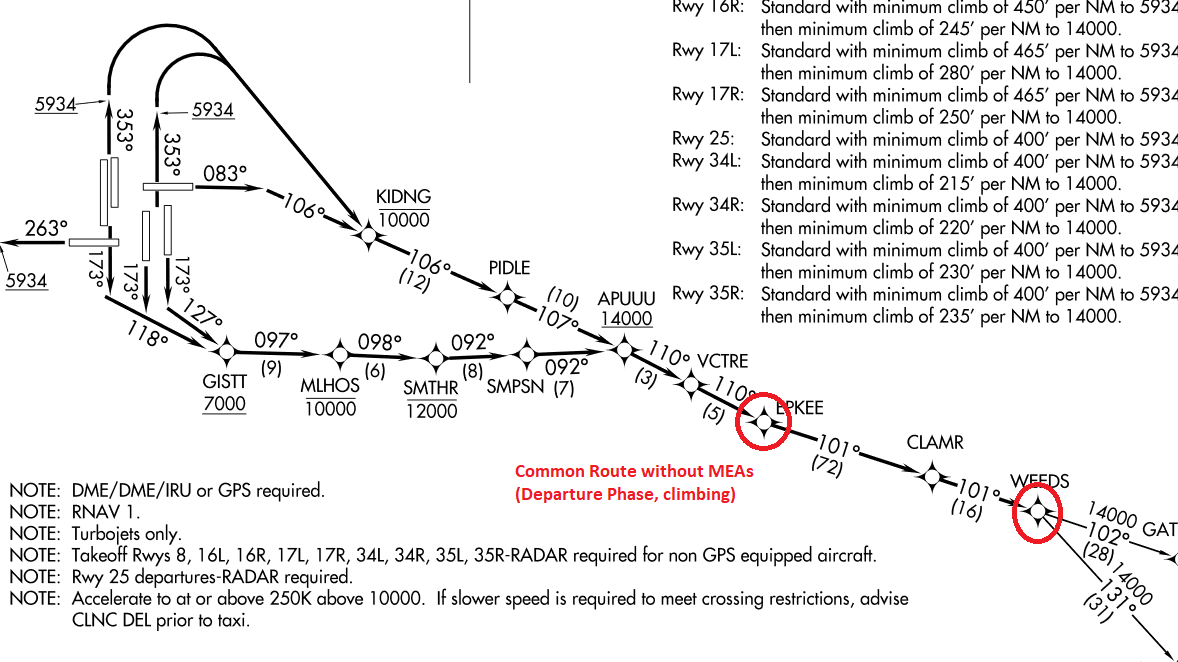 Τhe same distinction also applies to STARs, where common route can either be part of enroute or runway transitions. An example can be found here and here (OHSEA TWO Arrival, KSNA). Notice that common route is visualized with bold lines, same as runway transitions. However, most of the arrival procedures, as far as I can tell, use it as part of the enroute phase (containing MEA, drawn with thinner lines etc.). 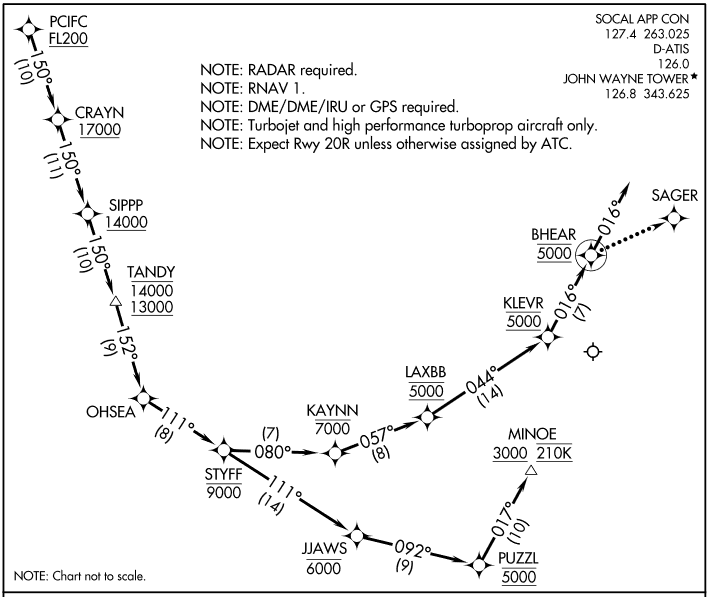 3
What are the “parts” of a SID procedure?

19
Lost radio communication after take-off in IMC - what are my options?
9
What is the official FAA definition of the term enroute?
3
Why isn't the Transition Altitude depicted on SID charts?
4
Are 'climb via a SID' instructions actually used in the US?
5
Does a “climb and maintain” instruction override a “climb via the SID” one?
3
What are the “parts” of a SID procedure?
4
When does the mandatory minimum climb gradient during an Instrument Departure Procedure end?
3
Does the Enroute Phase begin at a 30NM distance from the departure airport?
4
Why are some points shown on a STAR but not attached to the route?
6
Can I fly a STAR (standard terminal arrival route) if I can't maintain the minimum speed for it?