If the efficiency of a turbofan engine is 35%, where does the rest of the fuel energy go?

There have been a couple of questions on this site about the efficiency and propulsive power of turbine engines (here, here, here). 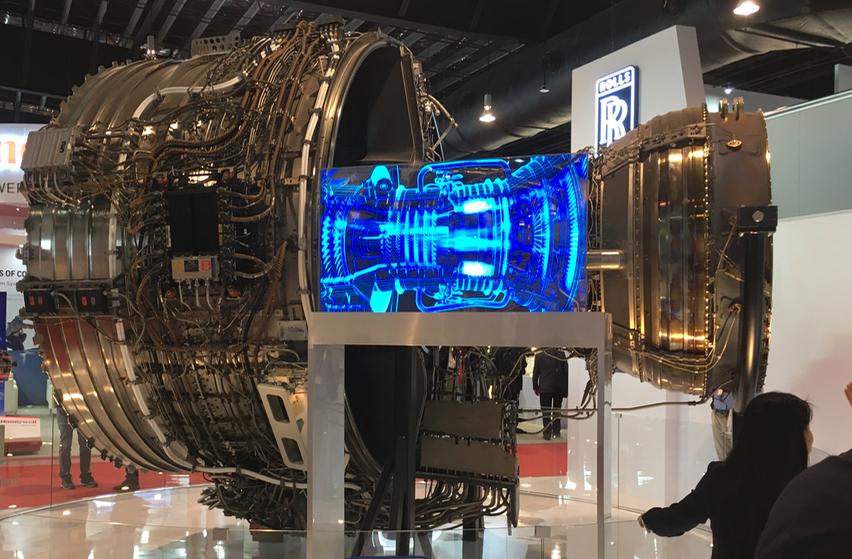 In a high bypass turbofan engine, what are the losses in the different stages? Where does the unutilised energy go, and what exactly is left over to make the aeroplane fly?

There are a couple of sources of loss throughout the process, as indicated in the figure from an old paper format uni book. I've had to translate the labelling, open to suggestions there. The percentages are valid for a high bypass turbofan manufactured in the late 80s. 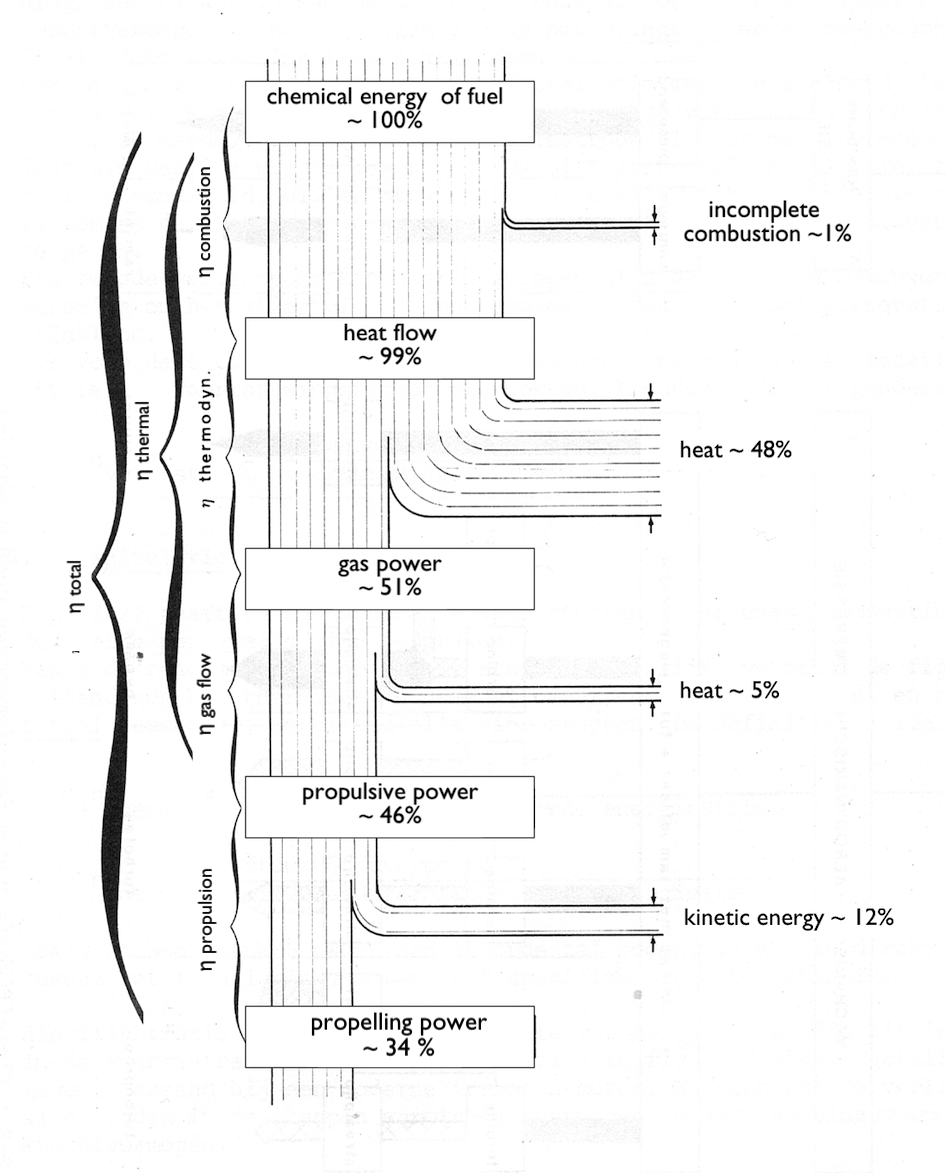 When using these definitions, we can see that an aeroplane on the runway, just before take-off, with the brakes applied and the throttle fully open, has:

Not the answer you're looking for? Browse other questions tagged jet-engine turbofan aircraft-physics or ask your own question.

20
How does turbine efficiency compare with internal combustion engines if all the turbine power is converted to mechanical energy?
21
How many kilowatts to get an electric 747-8 airborne?
3
How does the power distribution change for a turbofan engine from being stationary to going at full speed?
2
What is the efficiency of the turbine of a modern jet engine?
2
Is there an equation for jet engine efficiency as a function of turbine inlet temperature?