Does a high-pitching-moment symetrical airfoil exist?

I understand the Zenith 701 uses a reverse NACA4412 as it has a high pitching moment. This allows for a smaller horizontal tail.

Does a symmetrical airfoil with a pitching moment exist?

How about one with a high pitching moment?

What you probably look for is a symmetrical tail airfoil which produces high control moments. Since those moments are the product of force and lever arm, placing those control surfaces far from the center of gravity produces high moments.

If, however, you choose a different reference point for your moment, even the symmetrical airfoil can produce a pitching moment. That effect is used in tail surfaces and for a given geometry, a higher maximum lift coefficient will produce a higher maximum moment. Traditionally, the NACA four-digit range of airfoils starting with a double-zero have been used for tail surfaces, but more modern designs will produce a higher maximum lift and lower minimum drag. A good choice would be the Wortmann FX 71 range of airfoils, like the FX 71-120 or the FX 71-L-150 which can often be found on gliders.

I'm not aware why you need a large pitching moment, but if you want to have a strong self centering tendency, and more authority when displaced, design it with a trailing edge anti-servo tab, like this. 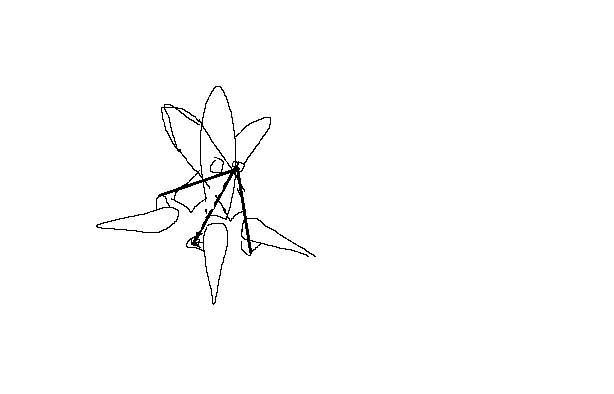 8
What is the aerodynamic centre and how does it relate to the pitching moment?

11
Why does the aerodynamic center exist?
8
What prevents BFS from becoming unstable when pitching from horizontal to vertical?
0
Pitching moment as a pure moment and its measurement with a homemade force balance
4
Does a tandem ultralight need flaps on the rear wing if the front wing has flaps?
2
What happens when you put vortex generators on both sides of a symmetrical vertical tail?
3
Does using a reverse high Cm horizontal tail airfoil coupled with a low Cm wing increase horizontal tail effectiveness?
2
Does a biplane need wing twist?
2
How to design a near vertical take off airplane?
1
What airfoils are used for the current generation of general aviation VTOL aircraft?
2
If pitching moment creates drag, how can high and low moment airfoils have almost identical drag polars?