How do high-wing and low-wing aircraft compare in terms of structural damage in a crash?

What factors influence the type of damage usually sustained during a crash?

Regardless of wing position, a crash will damage most or all of the aircraft structure. Since low wings have dihedral, mild cases like a wheels-up landing will mainly affect the center fuselage rsp. the wing box. But most crashes occur in an odd orientation of the aircraft towards the ground, so at least one wing and the fuselage will suffer damage.

There are a few designs which will tolerate foreseeable abuse. On the Su-27, two long iron bars run along the lower fuselage and are the first to contact the ground in absence of wheels. After such a landing, the aircraft is simply jacked up and put into service again. 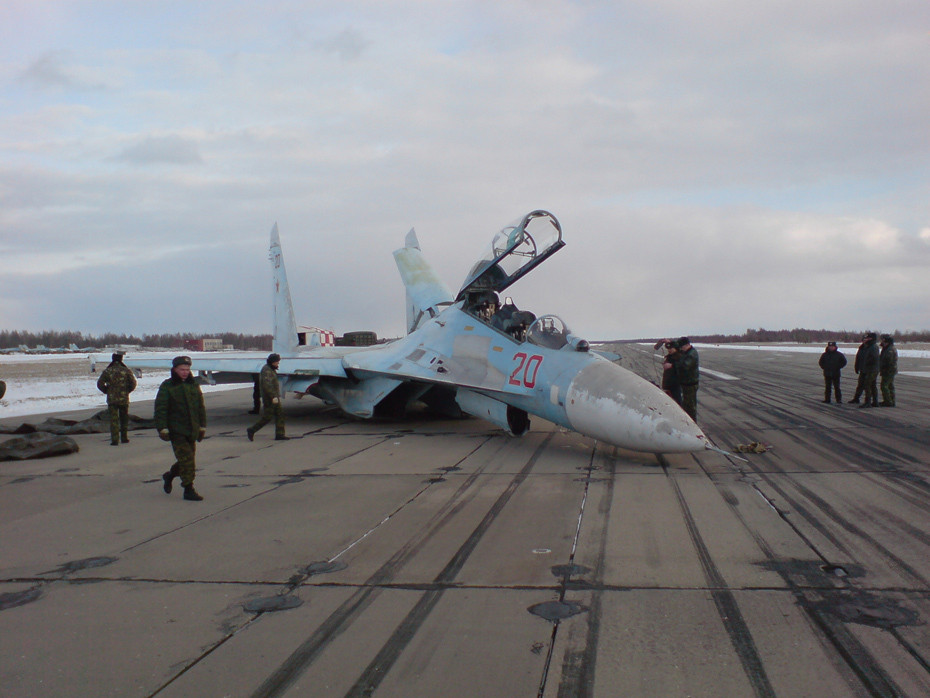 Su-27 on the ground after belly landing (picture source). Just look at the paint job – the abuse this aircraft suffered is not restricted to this unorthodox landing style.

The main gear of the A-10 only partially retracts, so the bottoms of the wheels stick out of the gear bays and will contact the ground first. A belly landing with an A-10 will require a bit of repair but normally the aircraft is back in the air within a week. 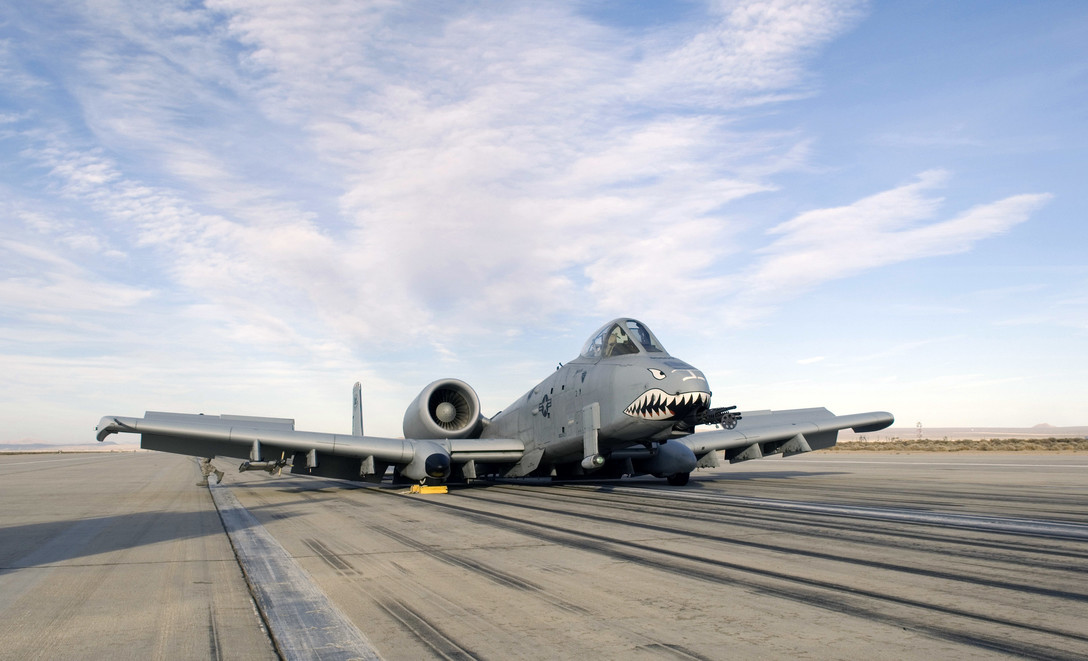 A-10 on the ground after belly landing (picture source). The landing gear design is on purpose: It limits damage in a belly landing. Few aircraft have been designed with such foresight.

Similarly, for tail strike testing a bumper structure is added at the lower rear fuselage. In absence of such precautions, lengthy workshop stays are unavoidable.

But most crashes are less benign. The main factor in a crash is the relative velocity between the aircraft and the structure it crashes against. In most cases, this is a sizeable portion of flight speed, so the energies involved are immense (mass times velocity squared, divided by two). 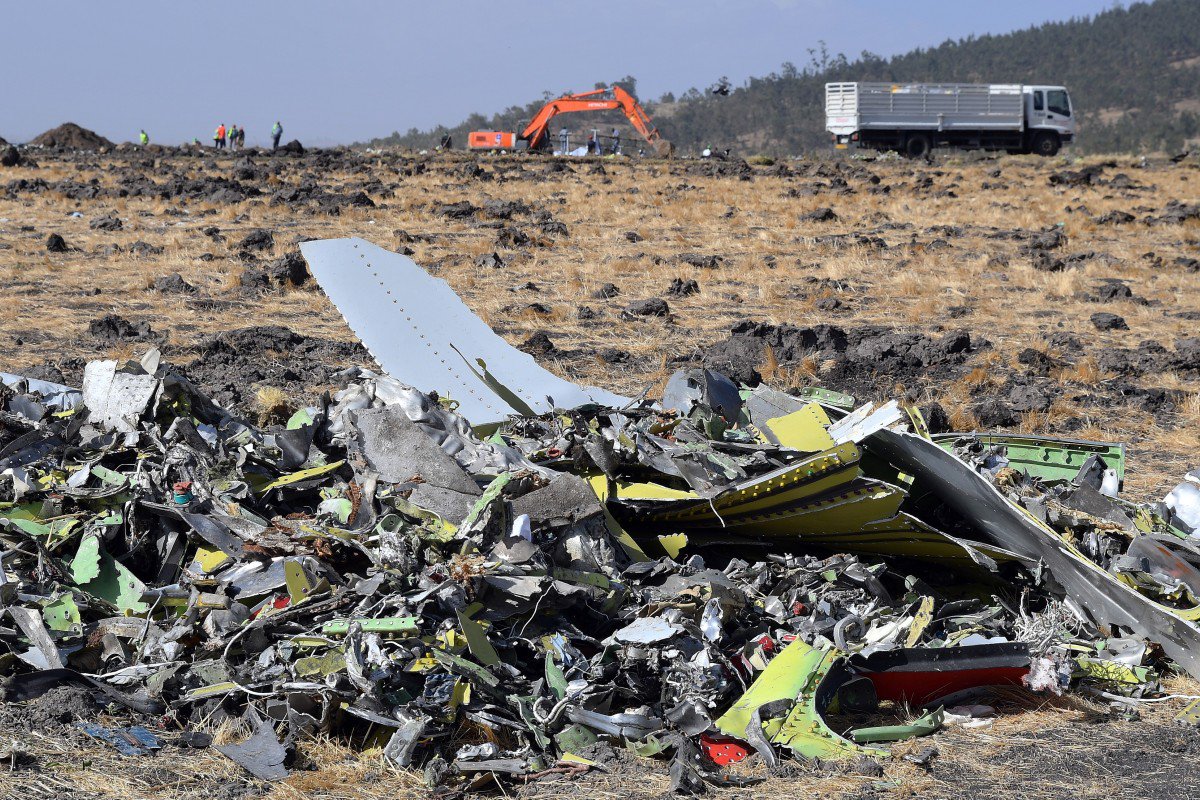 Boeing 737 Crash site (picture source). As can be seen, both wings and fuselage are heavily damaged. The wing location was not a factor in the extent of the damage. That is how a real crash looks like. Unfortunately.

Unfortunately, weight saving efforts in aircraft design render them "not very crashworthy", a bit like comparing an aluminum can (aircraft) to a steel one (car).

The high wing offers a slight advantage in that it (very importantly) gives greater latitude of control just prior to crash by enabling a higher degree of freedom in roll angle without catching a wing tip. This is especially critical in a water ditching (see sea plane design).

So you want your "crash" to be as much like a normal landing as possible.

While a low wing may offer the advantage of absorbing more energy while the crash is in progress, catching a wing tip and "cartwheeling" is disasterous and will result in a rapid disintegration of the aircraft and non-survivable forces on its occupants in many cases.

Not the answer you're looking for? Browse other questions tagged aircraft-design stability or ask your own question.

41
What are the pros and cons of high-wing compared to low-wing design?
13
How do manufacturers engineer their aircraft to deal with tail strikes?

41
What are the pros and cons of high-wing compared to low-wing design?
15
Why do low wing aircraft have higher dihedral than high wing aircraft?
12
How do the Airbus Beluga's wing/control surfaces deal with its high center of gravity?
4
Is it necessary to strengthen the airframe of an aircraft that is used for sustained low level flight?
18
Why are high-wing aircraft more stable?
9
How do the uninterrupted and interrupted flaps compare?
0
What are the dynamic stability properties of an aircraft with wings exactly at the vertical CoG?
7
How would a low-airspeed fixed-wing drone be designed to reduce effects from gusts and wind shear?
11
Do high-wing aircraft represent more difficult engineering challenges than low-wing aircraft?
5
How is paint embrittlement countered in high altitude aircraft?