What's This Cable Connecting Cockpit to Vertical Stabilizer in Air Tractor AT-401?

This is a picture of an AT-401 Sprayer Airplane

I was wondering what's this steel-string stretching from cabin's windshield to the top of the vertical stabilizer ...

It is a wire deflector. It is common for power lines to be strung at the same height that the cropduster wants to operate at, and often multiple cables at exactly the same level, so that the aircraft could be dealing with a bundle of cables as it goes forward. Power lines, especially "last runs" to individual farms or villages can be extremely hard to see from the air, often it's only the poles that are visible & sometimes they are either weathered & indistinct, or missing altogether & the wires get strung between trees. Any country road or track could have wires, & roads or tracks often mark the edge of a spraying target. Competition & economics mean the cropdusters are trying not to waste a drop of product, or miss any plants, or waste a drop of fuel/engine hours. It's one of the most dangerous aviation professions.

Cropdusters/agplanes are specifically designed for visibility of crops & the ground at low level & in steep turns, leading to the distinctive turret-like cockpit. This makes the pilot extremely vulnerable to a lethal, decapitating cheese-slicer effect if powerlines slide over the front of the aircraft. (I've also seen cropdusters that had serrated cutters on the undercarriage struts)

The deflector cable is often used in conjunction with a cutter/deflector bar mounted just in front of the pilot's windshield. You can see this bar more clearly in this photo. http://www.airport-data.com/aircraft/photo/000001546L.html

The wire shown is a cable deflector which is part of a Wire-Strike Protection System common on most agricultural aircraft.

As a last resort, when pilot situational awareness and on-board systems fail to detect a wire in sufficient time to avoid contact, a passive wirestrike protection system (WSPS) may protect the aircraft from the consequences of a wire-strike. These are designed to cut or deflect wires away from an aircraft. The types of WSPS vary depending on whether the aircraft is fixed-wing or rotary-wing. They have proven to be an effective safeguard by extensive testing and over two decades of use by both military and non-military operators' worldwide (Jackson, Boitnott, Fasanella, Jones & Lyle, 2004; RAAF, 1 997). However, to enable the WSPS to operate effectively, the wire must contact the cutter at an appropriate angle and the aircraft must also have adequate forward speed. This combination of circumstances may not always be present during low-level aerial operations.

Fixed-wing aircraft used for other purposes rarely carry WSPS as fitment often requires reinforcing parts of the aircraft and may cost several thousand dollars. In general, they are not fitted unless it is expected that the aircraft will spend many hours in low-level flight. 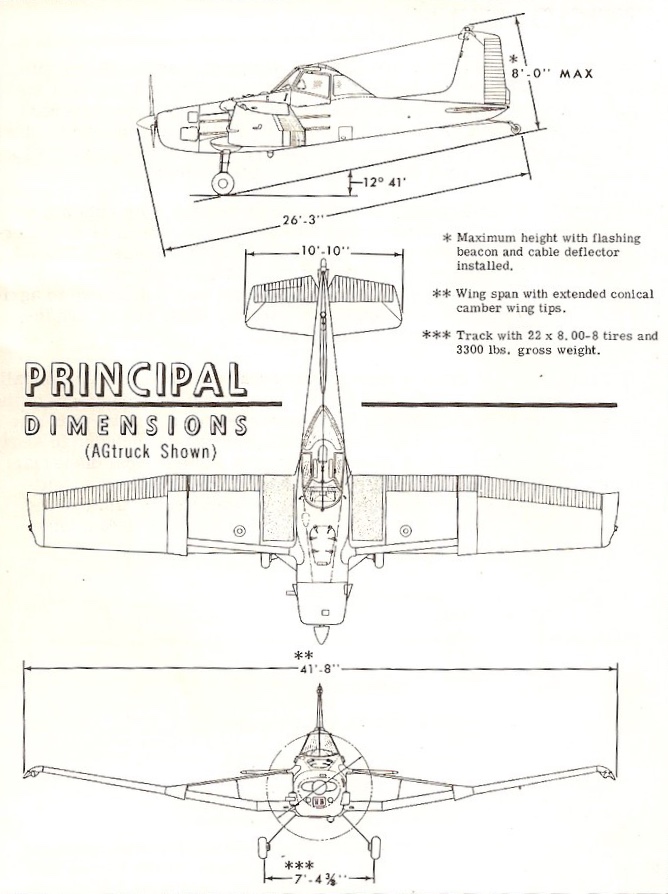 Not the answer you're looking for? Browse other questions tagged aircraft-design feature-identification airframe or ask your own question.

14
What is this wire going from mid-fuselage to the tail on this 737?

34
Why are planes using rivets & not welded construction?
6
Why is the DC10/MD11 center engine placed where it is?
3
Does this type of stabilizer exist?
10
What are these four little things between the horizontal and vertical stabilizer on the B737?
4
Is a biplane without dihedral more stable than a low wing monoplane without dihedral?
5
Is there a formula to calculate how big a ventral fin should be?
18
Why does the C-2 left inboard stab not have a rudder?
13
What is this red dashed line between door and cockpit window?
1
Why do the B747 of NASA Shuttle Carrier Aircrafts (SCAs) need additional vertical stabilizer?
1
Can someone identify these drop tanks?