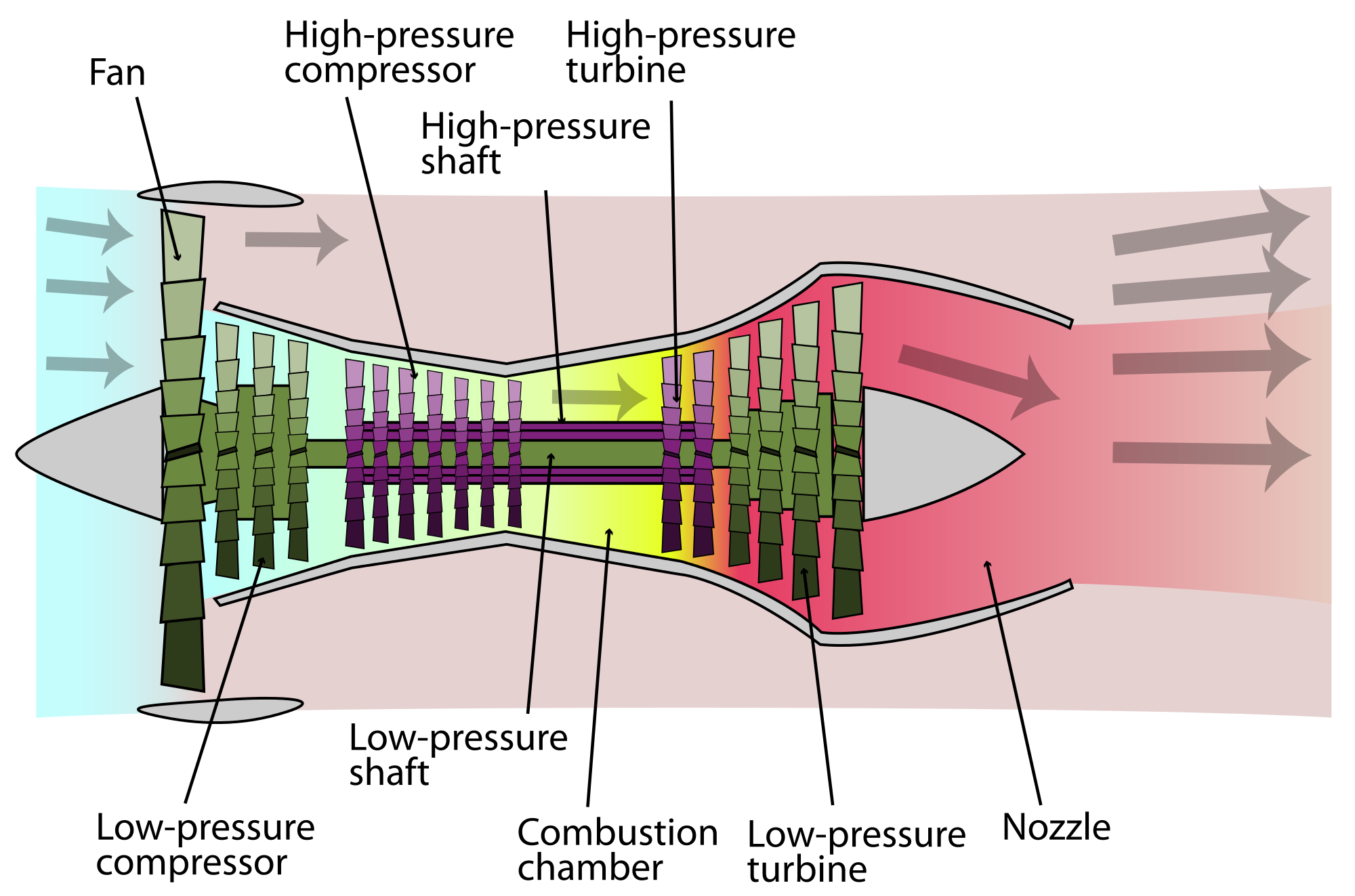 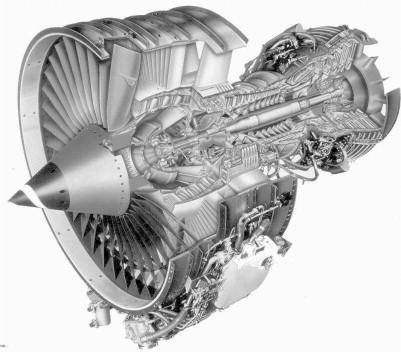 61
Why can't jet engines operate with supersonic air and how do they slow it down?
40
Why do gases in the combustion chamber only flow one direction to the gas turbine in a jet engine?
26
What provides the greatest thrust in a high-bypass turbofan engine?
5
How is the correct air speed for fuel combustion obtained at the inlet of the combustor?

6
Could bypass air be used to cool a rocket engine like in turbofans?
9
What are the advantages and disadvantages of mixing the bypass flow with the core flow?
6
Does the air resistance of a jet engine air intake count towards the jet's total air resistance?
1
How does the fan in the jet engine suck in air while the engine is stationary?
6
For any given modern turbofan engine, does bypass ratio stay approximately constant during a typical flight?
2
Has a jet "engine" ever been made that only uses the thrust from the bypass air and doesn't have a combustion chamber?
6
How do I optimize a turbofan engine to fly lower and slower instead of higher and faster?
0
How does bypass air work?