What kind of liquid can be seen 'leaking' from the upper surface of the wing of a Boeing 737-800?

Can anyone advise what the liquid seen on the wing of a 737-800 on approach as highlighted on the attached images is? The liquid was seen "pulsating" from the bases marked by the arrows. As the plane came to land, the intensity of the flow decreased until it eventually stopped altogether. 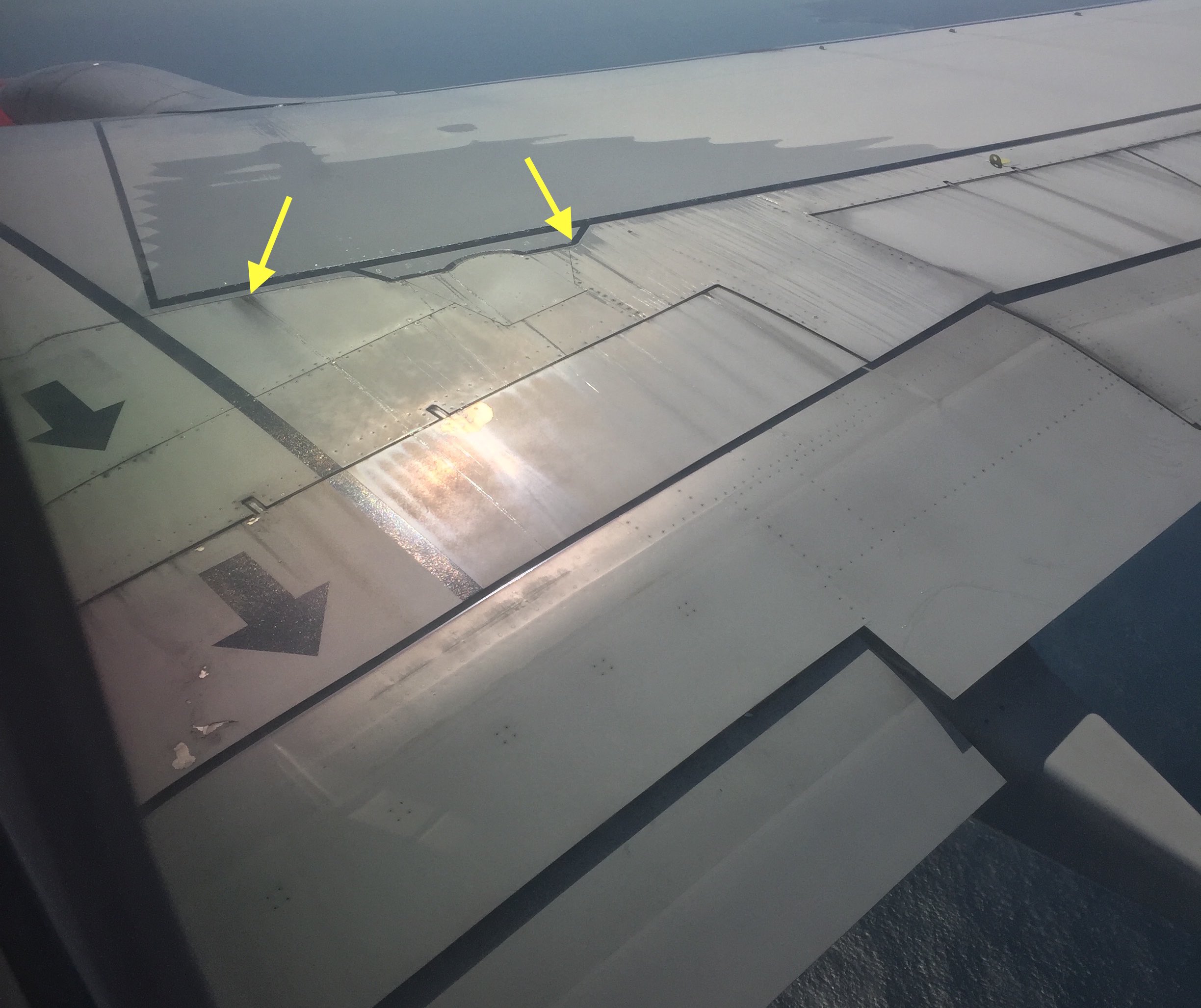 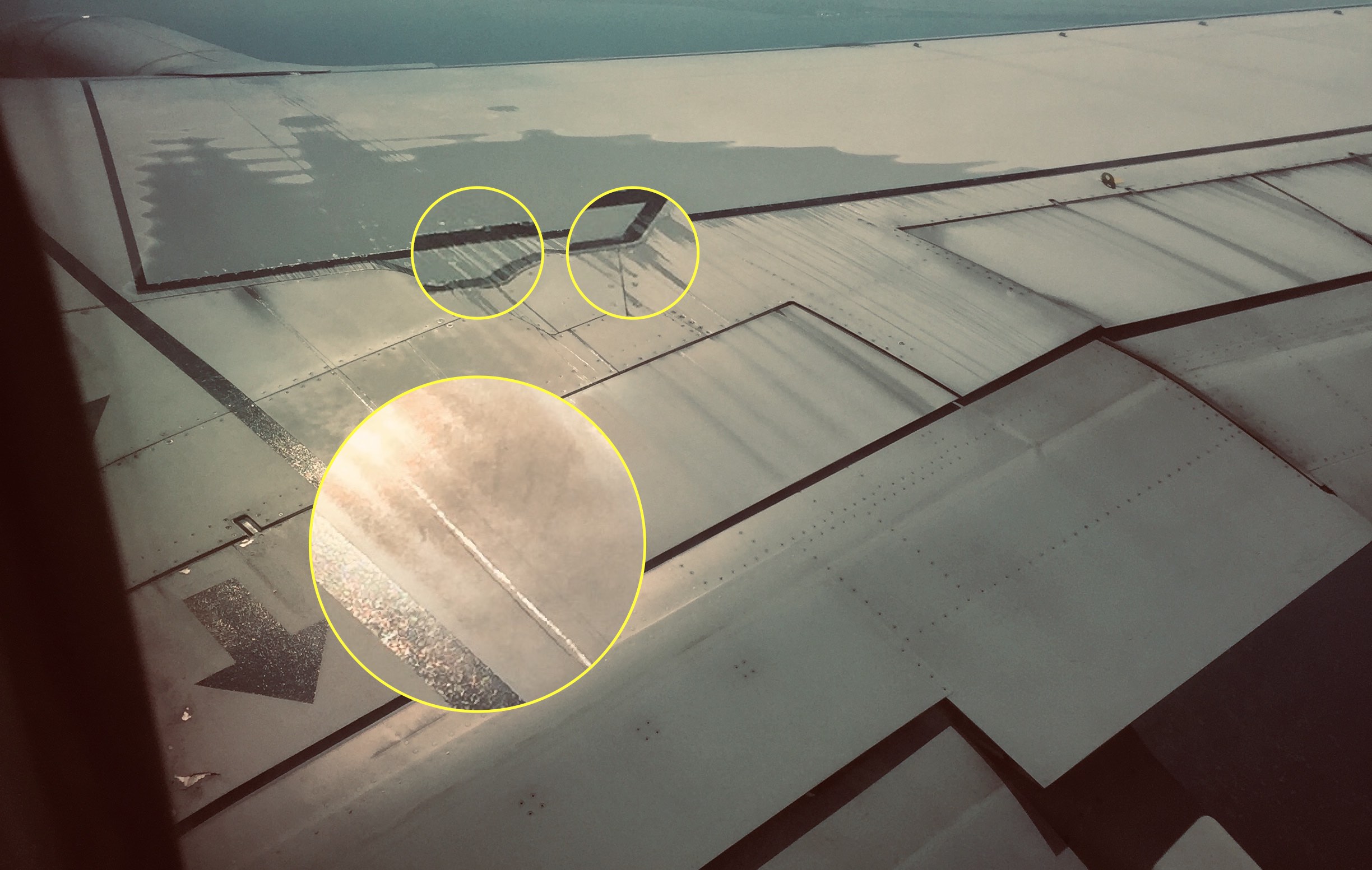 The pictures show water condensation on the wing upper surface due to very cold fuel in main tank number 2.

The condensation appears to be oozing from the wing but it is in fact flowing slowly over the surface, filling and overflowing every seam and imperfection.

Since you have provided photos and not a movie, I can't tell you what the "pulsating" really was, but it probably was either a slight boundary layer turbulence, or changes in the seam geometry due to wing flexing.

EDIT: There seems to be some confusion regarding the "pulsating" nature of the observed flow, with at least one correspondent1 insisting that the uneven flow proves that the fluid originates from inside the wing.

There are many mechanisms that could account for a pulsing or uneven flow of fluid over the wing, without resorting to the theory of a bleeding airplane.

The most likely reason depends on the fact that the wing surface is not a single sheet of metal, but contains discontinuous pieces such as spoilers, flaps, access panels, ailerons, etc. Because the wing flexes, the volumes of the spaces between these pieces, and the voids under some of them, continually change in flight.

Water flowing over the wing will fill some of these spaces and voids. Once a void is full, changes in volume will alternately squeeze out some water and suck some in. This could certainly look like a pulsating leak to someone who has not seen it before.

Another effect that can lead to pulsating does not require changing volume, but just a trough formed by the butting of two panels, roughly perpendicular to the airflow, filled by the trickling condensation. The air does not always flow smoothly over the wing2, and minor turbulence can press down on one section of the trough, causing water to spurt out of another section.

Seconds later the turbulent flow shifts, and the water hurries along the seam to pulsate in a different place.

The question can be completely resolved only by someone who can consider these theories while observing the effect.