Yesterday, August 11, at around 3:30 pm, I saw an unusual-looking plane flying over Ithaca, NY. It seemed fairly small -- approximately business jet sized. Unfortunately, I didn't have time to get a picture, but I remember several distinctive aspects of its appearance:

I only saw the plane from below, so I don't know anything about design aspects on the top side of the plane. I checked on FlightAware and FlightRadar24, and didn't see any obviously-matching flights, but I may have missed something. Based on some googling, what I saw seems pretty close in appearance to the AASI Jetcruzer (picture below), but apparently only five of these were ever registered, all in California. According to that same page, only one remains registered, most recently in Washington. The most recent flight recorded with its tail number (N200JC) by FlightAware is from 2014. 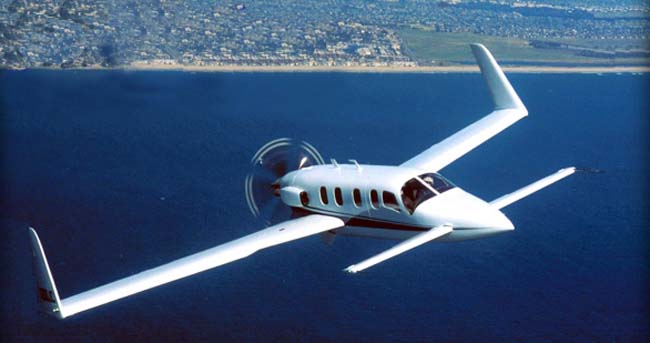 Additionally, the wing profile doesn't look quite right to me. Another somewhat similar-looking plane that has a more correct-looking wing is the Beechcraft Starship (picture below). However, I'm quite sure that what I saw only had a single propellor. According to the same website, only one specimen of this aircraft remains registered, and similarly its last flight recorded by FlightAware was in 2011. 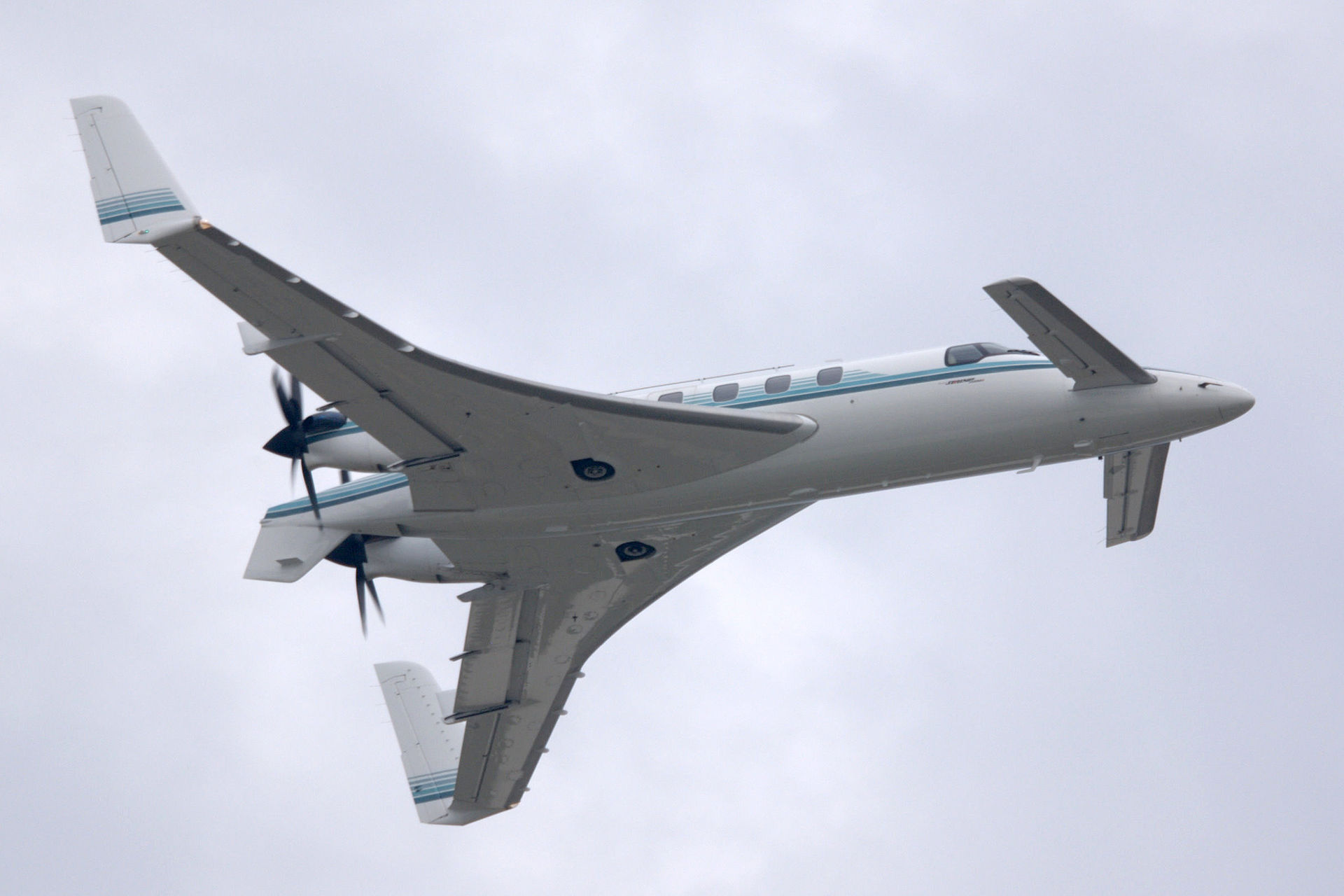 Are there any more likely possibilities for the aircraft I saw than one of these rare and seemingly seldom-flown planes?

There are a number of near-copies of the Long EZ, with nearly identical wing and canard shape; they differ in number of seats, performance, range, and, yes, several of them have retractable gear. I think there's at least one that's pressurized.

Without a high quality photo (possibly even with one, if shot from the ground), it may be impossible to determine what you actually saw -- but a single pusher propeller, low mounted cranked/swept wing with tip fins, and swept canard originated with the Long EZ (before that, there was the Vari-EZ with unswept canard, and the Vari-Viggen with a different wing sweep profile).

The Adam A500 would be the right size. Wikipedia has more info. It is a twin but it has a pusher prop and a canard. There were only five made and two flying: N510AX and N510AX have recent flights in Pennsylvania, so it’s possible you saw them in New York. 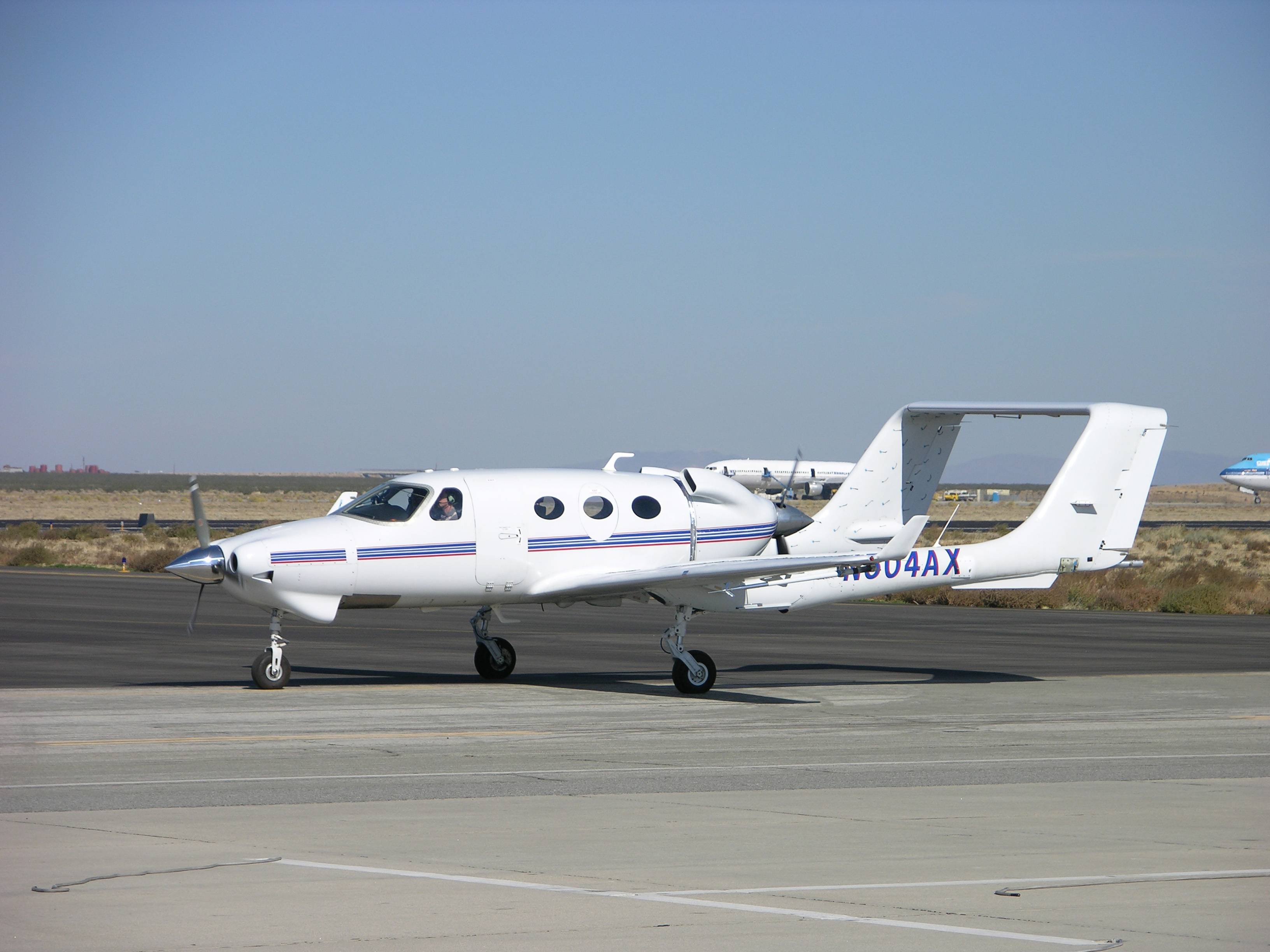 Not the answer you're looking for? Browse other questions tagged aircraft-identification canard or ask your own question.