How could I calculate the correct distance from the runway to be able to fly a continuous downwind to final turn?

I’m not even sure if this is a safe/allowed procedure at controlled airports so it is purely hypothetical.

Assuming there are calm winds at the field, is there a way to calculate the distance your plane must be from the centerline (see “x”) of the runway while on downwind, so that once you start your turn to base and final thereafter, in a constant rate turn (assume 3 deg./sec.), that you will end up rolling out on the centerline of the runway?

Speed changes (slows) by 27 knots from the beginning of the turn to the end of the turn.

Essentially, if I wanted to execute an 180 degree turn at 3 deg. per second, while slowing the airplane from traffic pattern speed (90 kts) to final approach speed (63 kts), how far away would I need to be from the runway while on downwind before beginning the maneuver? The goal is to be able to use this on any plane given their own specific traffic pattern speed and final approach to landing speed. 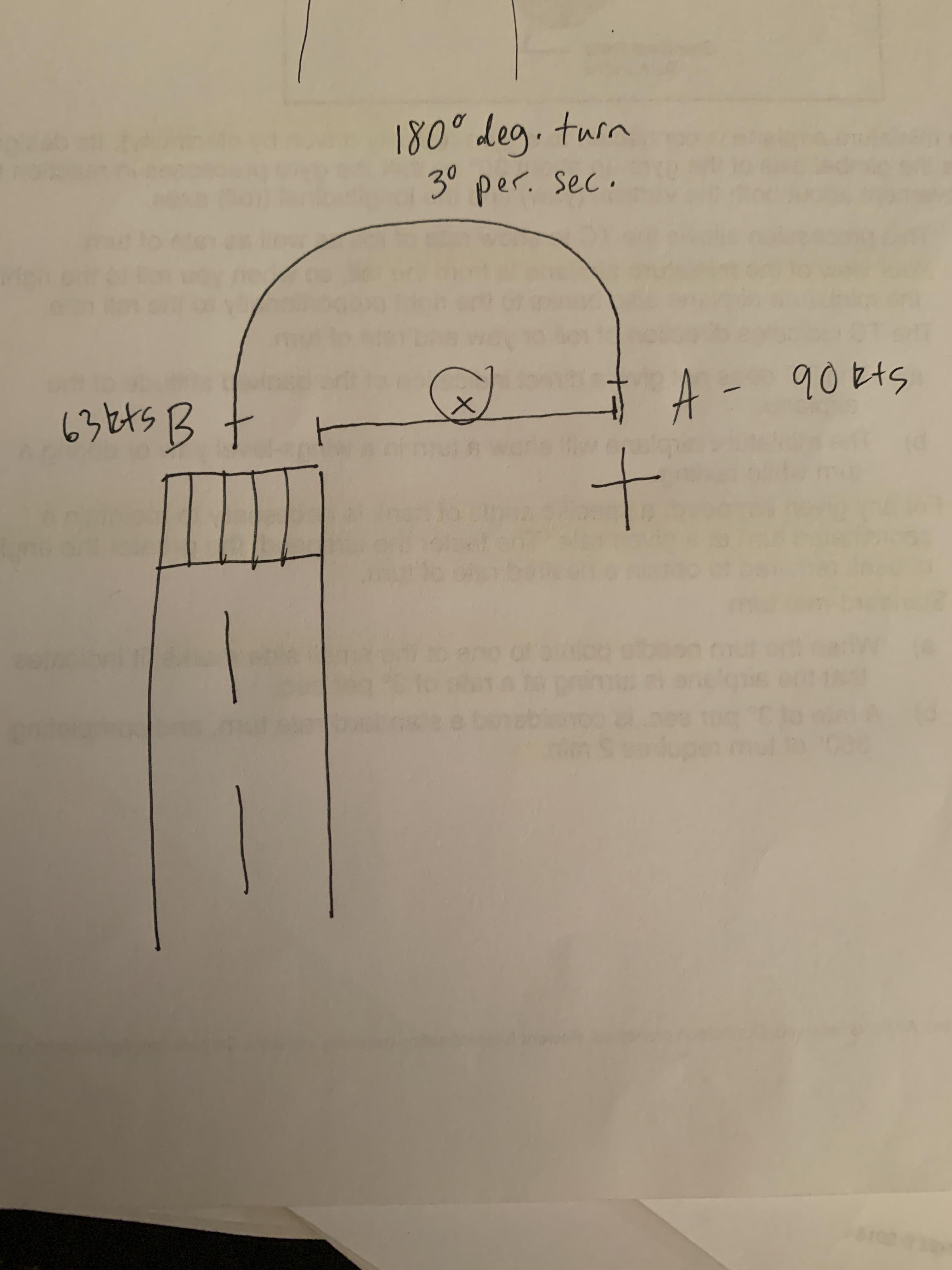 This sounds like a power-off 180. Your numbers may be off based on the fact that you are going into your descent with absolutely no power available. You would be better off squaring off your approach with a downwind to base to final configuration with 90 degree turns. If you feel like you have too much lateral distance from the runway for all three legs done properly, you may try a downwind to diagonal base to diagonal final. This can be accomplished either with a shallow turn, then a steep turn, then a shallow turn. Or, the better option of side-slip, steep turns, side-slip.

Not the answer you're looking for? Browse other questions tagged traffic-pattern or ask your own question.

29
How to join a traffic pattern when passing overhead?
13
What is the correct traffic pattern at a towered airport?
2
How is a traffic pattern oriented, entered and exited?
10
Is it "cutting off" in the pattern when I go before a plane that is going faster than I am but let me in first?
28
At a non-towered airport in the US, what should I do if I hear a medevac flight waiting to take off while I'm turning base?
8
If you turned base early, cutting off other traffic, what is the safest way to rejoin downwind?
2
I flew the wrong pattern at an uncontrolled airport... Should I be worried?
1
How to get the correct speed/power on downwind?
2
How should I make a downwind departure from a towered airport?