What would happen if ultralights had mountain bike style treaded tires?

What would happen if ultralights had off road treaded tires?

Mountain bike tires are made for going off road through mud, etc. They have voids between the tire lugs to clear mud etc.

Why not off road going airplanes?

I assume the reason is, the lugs would catch air and start the tire spinning during flight?

Or is it just a drag thing?

Mountain bike tread is meant to sink into the mud in an attempt to gain traction on firmer ground beneath the mud. A plane generally doesn't want to sink into the ground (even during braking), if it sinks too far during landing or take-off, the airplane is more likely to catch the forward gear and flip/strike the prop. 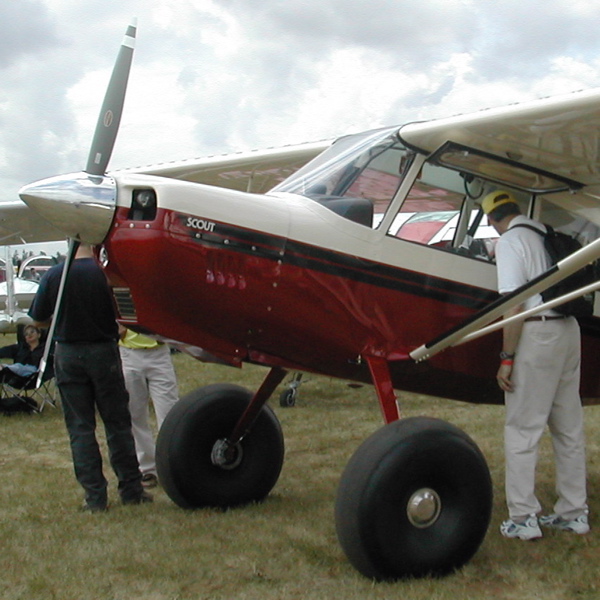 It's mostly the tendency of the lugs to throw up dirt and mud, and the fact that most of the time you aren't doing the hard braking in soft ground that would make tread lugs worth having, so it's really no point unless you really want soft ground traction for braking and are willing to live with your tires coating the bottom of the wings with crud all time. Most ultralights stop pretty quickly when they land anyway and don't really need heavy braking ability on soft terrain.

Big airplanes in the 30s and 40s commonly used diamond tread tires because they still operated from grass a lot, but that practice faded as soon as paved runways became the norm.

If your ultralight is a taildragger with good brakes and lugged tires, you'll end up with too much braking traction and nose it over, so it needs to be a trigear if you want to be able to do that. I think you'd find in the end that 90% of the time, having lugged tires or regular ones makes very little difference overall if you are only landing at 25 mph in the first place.

8
Will landing gear with wheel fairings keep spinning due to airflow?
1
what would happen if we use needle shaped nose in blended wing?
9
Comparing the Lilienthal and Wright gliders, which one had a better glide ratio?
18
What does happen when a supersonic aircraft passes another supersonic aircraft, regarding sonic booms?
4
What kind of dihedral would be most stable?
21
What would happen if a plane lost half of its weight instantly?
7
What would happen if flaps are extended beyond 40 degrees?
14
Is it normal practice to use 25 degrees of flaps when taking off at max weight in a PA-28-181?
1
Why does transonic drag happen?
7
If the Concorde had an engine fail at cruise altitude, would they enter the coffin corner?