When Airplane is reducing altitude from flight level (cruise), which one is more efficient

When an airplane is reducing altitude, say due to preparation for landing, the nose is tilted down. That I got from a video on Youtube which explains the way an airplane is going down until it reaches a certain altitude and until the nose is revert to tilt up. Then my question: 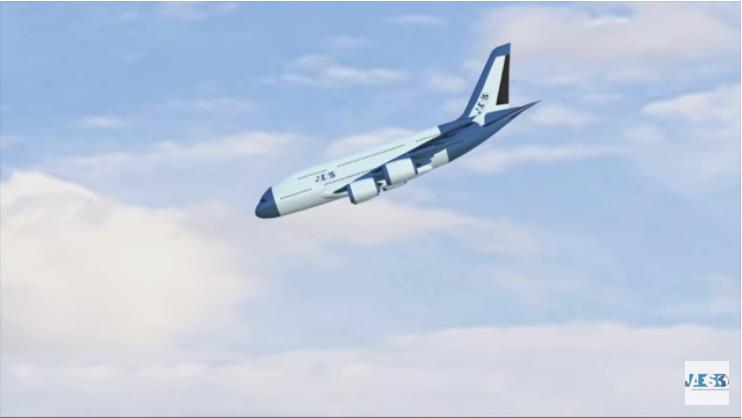 There are (mostly) two ways to reduce altitude:

Airliners at altitude operate very close to what is called the coffin corner where an increase in speed means you overspeed the aircraft, and a reduction in speed means you stall. So preferably the pilot will simultaneously reduce the throttles while lowering the nose to maintain a specific speed.

Tilting the aircraft up (nose up) will reduce your speed and eventually you will fall to the earth (as you stall). This is a very inefficient way to get down (not to mention it scares the hell out of the passengers). The aircraft buffets, a wing may drop if the plane is not kept coordinated, and is overall a very dangerous thing to do (see the coffin corner link above).

The reason the nose is raised while landing is so that the aircraft can bleed off extra speed and reduce the descent rate for touch down (as well as reducing the stress on the nose gear). This is also a high-drag situation and is, in that effect, inefficient.

What is the allowed maximum angle tilt down nose?

In all seriousness you can nose-down until you hit the maximum airframe speed without causing damage. For airliners this is usually a lot more than passengers are comfortable with (especially if the stewards have the rolling carts out), so pilots make a concerted effort to keep the floor as level as possible. For smaller aircraft like the 172, you can configure it such that you won't exceed this speed and point the thing almost straight down, it's actually pretty fun.

Not the answer you're looking for? Browse other questions tagged aerodynamics landing efficiency airplane or ask your own question.

8
Was this Gulfstream way below the glideslope?
38
Why don't modern aircraft have landing gear that can swivel to compensate for crosswinds?
14
How do planes descend for landing?
13
Why are there non-standard altitude callouts?
7
Are two twin-jet flights more efficient than one quad-jet flight?
1
Is it okay to purposely stall a small single-engine aircraft just before touch down to get a good flare?
3
Can thrust vectoring be used to enable the use of flaps on tailless delta-winged aircraft?
16
Can the plane Celera 500L be eight times more fuel efficient than a jet of similar size and capacity?