Why would a Blue Angels pilot leave their gear down?

In a recent Blue Angels airshow, one of the pilots had their landing gear down during the first 5 minutes of the show. What possible reasons would justify leaving the aircraft in this state?

What possible reasons would justify leaving the aircraft in this state?

Because it's part of their show routine:

This dirty roll is not easy (it killed a Blue Angel back in 1982 in a Skyhawk during winter training), so it shows off skill and plane capability.

The dirty loop formation started back in 1986 to celebrate the 40th anniversary and the new F/A-18:

On 8 November 1986, the Blue Angels completed their 40th anniversary year during ceremonies unveiling their present aircraft, the McDonnell Douglas F/A-18 Hornet. The power and aerodynamics of the Hornet allows them to perform a slow, high angle of attack "tail sitting" maneuver, and to fly a "dirty" (landing gear down) formation loop.

Dirty is plane-speak for gear and/or flaps out, as opposed to a clean configuration. 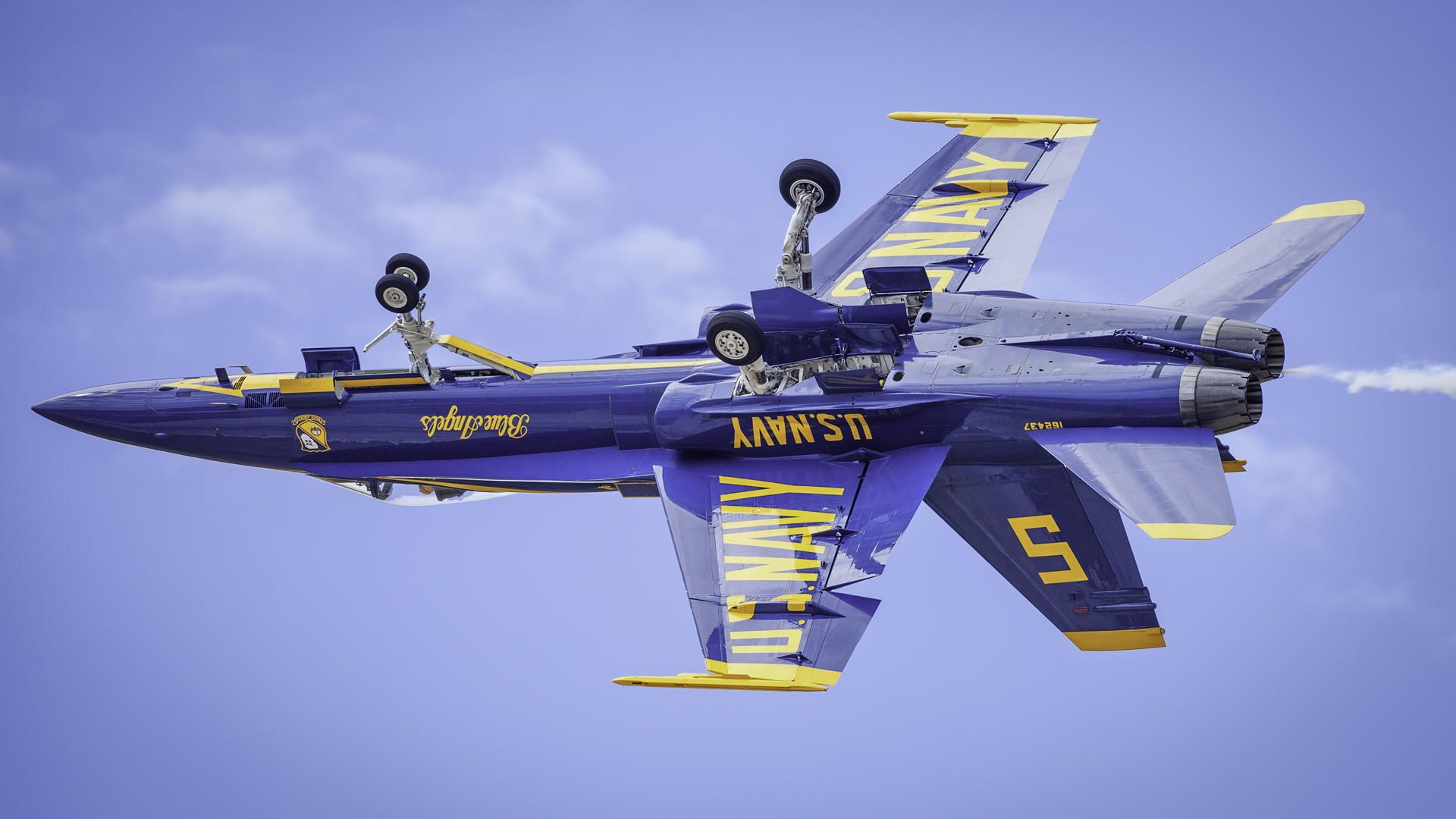 Not the answer you're looking for? Browse other questions tagged landing-gear pilot-technique airshow or ask your own question.

8
How many miles before the runway should an airliner put the gear down?
38
Why don't modern aircraft have landing gear that can swivel to compensate for crosswinds?
11
What happens to US military demo teams following unexpected pilot turnover?
4
Why does the Grumman Bat feature inverted winglets?
3
Why would an airplane's nosewheel bounce during landing?
20
Is it better to shut down the engine(s) or leave it (them) running when a gear up landing is imminent?
22
Is there a landing gear system that extends automatically to prevent belly landing?
7
Should an emergency field landing be performed with landing gear down or up?
6
Why are landing gear retraction mechanisms mostly based on the four bar system?