On coaxial helicopters, how exactly does the yaw mechanism work? 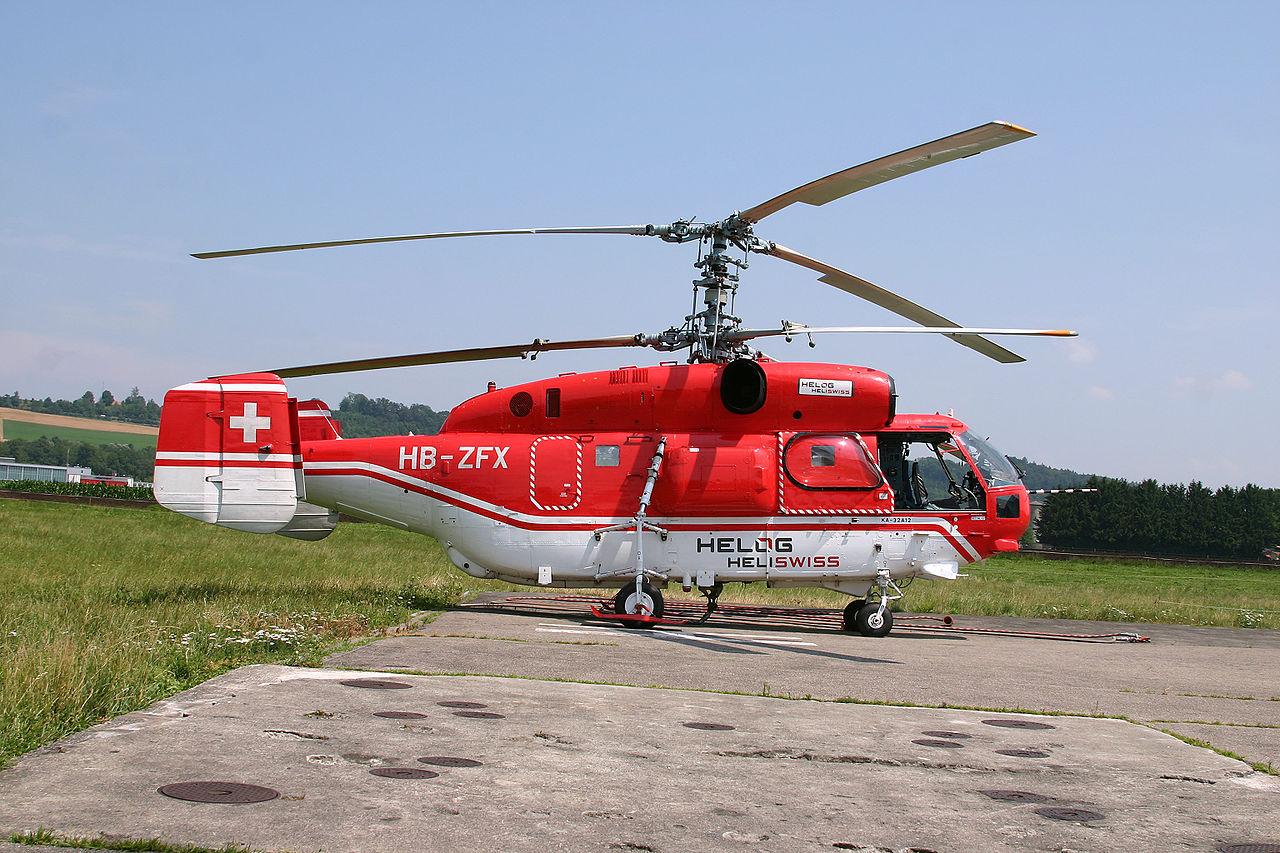 This question asks how coaxial helicopters achieve yaw. The accepted answer correctly states that this is done by increasing pitch on one rotor while decreasing pitch on the other rotor, which leaves lift the same and creates a yawing moment.

The post became active again on 20 July, when @Andy Ewen asked how the mechanism works exactly:

..a lot of the answers are stating the obvious but fail to explain HOW. Yes a torque differential between the rotors will effect a yaw but the real question is how is this achieved?

The post was deleted and not entered by OP as a separate question, hence this question. How is this achieved, exactly?

Mechanically it's simple, and ingenious.

The following is from a 1966 patent titled: Coaxial rigid rotor helicopter and method of flying same (US3409249A) by United Technologies Corp. (Of course this is not the only way, but it's one way as invented by a major aerospace company over 50 years ago.) 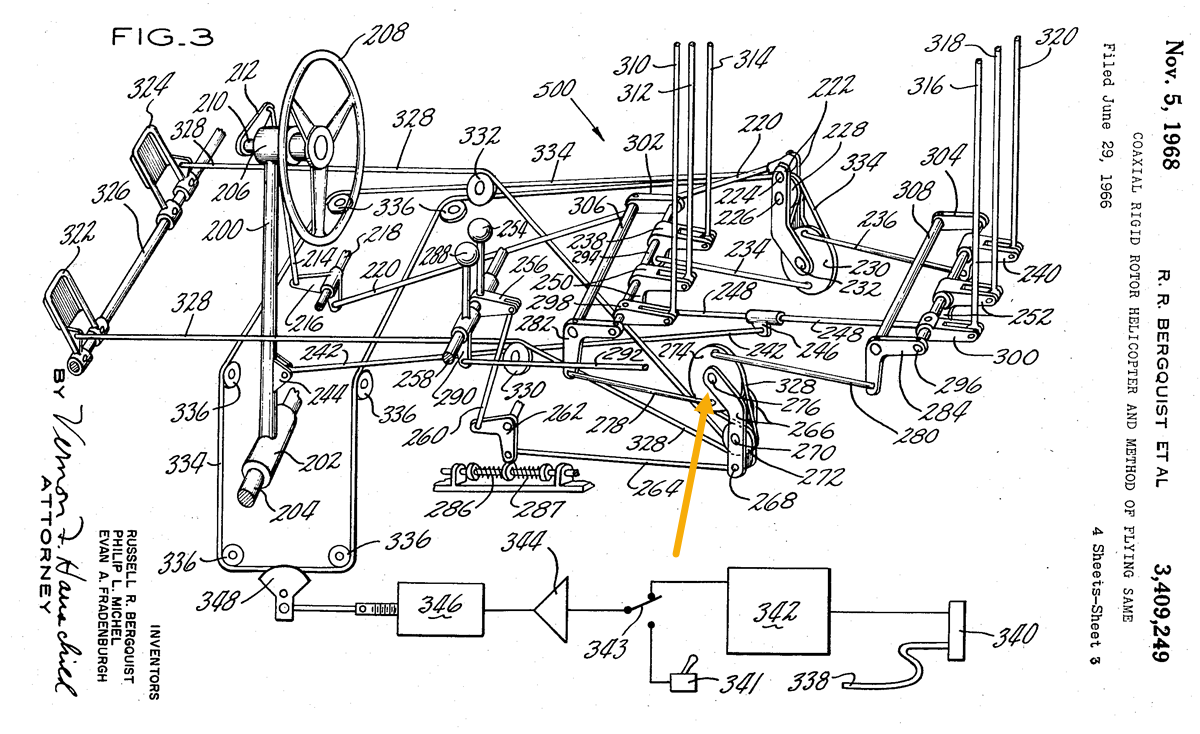 (Don't mind the steering wheel, it's the inventor's idea of pushing the cyclic left/right.) I've added an arrow pointing to 274 in the illustration, it's a wheel, and it's the key.

Using the collective (254) translates that wheel forward and aft, which moves the rigging of both swash plates up/down collectively.

But using the anti-torque (yaw) pedals, rotates that same wheel by way of cable 328. The wheel rotation would move the rigging for each rotor opposite each other.

Below is a simplified elevation view for the effects of translation and rotation of the wheel on both swash plates: 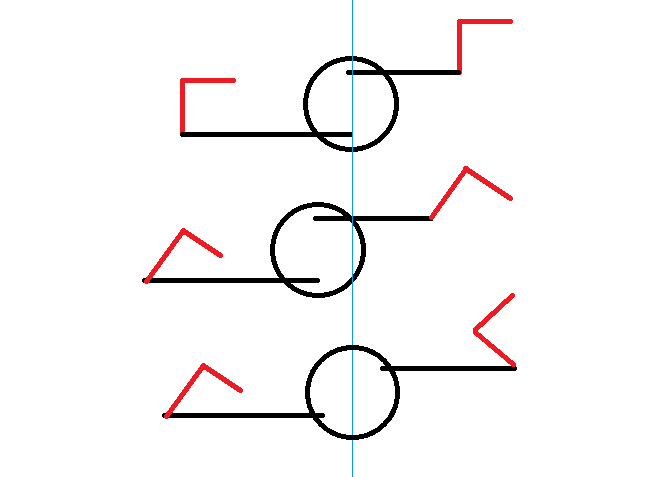 For yawing, the summary is that the up/down translating parts do not rotate. It is the attachments from plates to rotors that do rotate and are on bearings. Basically two of the same but in a concentric manner. 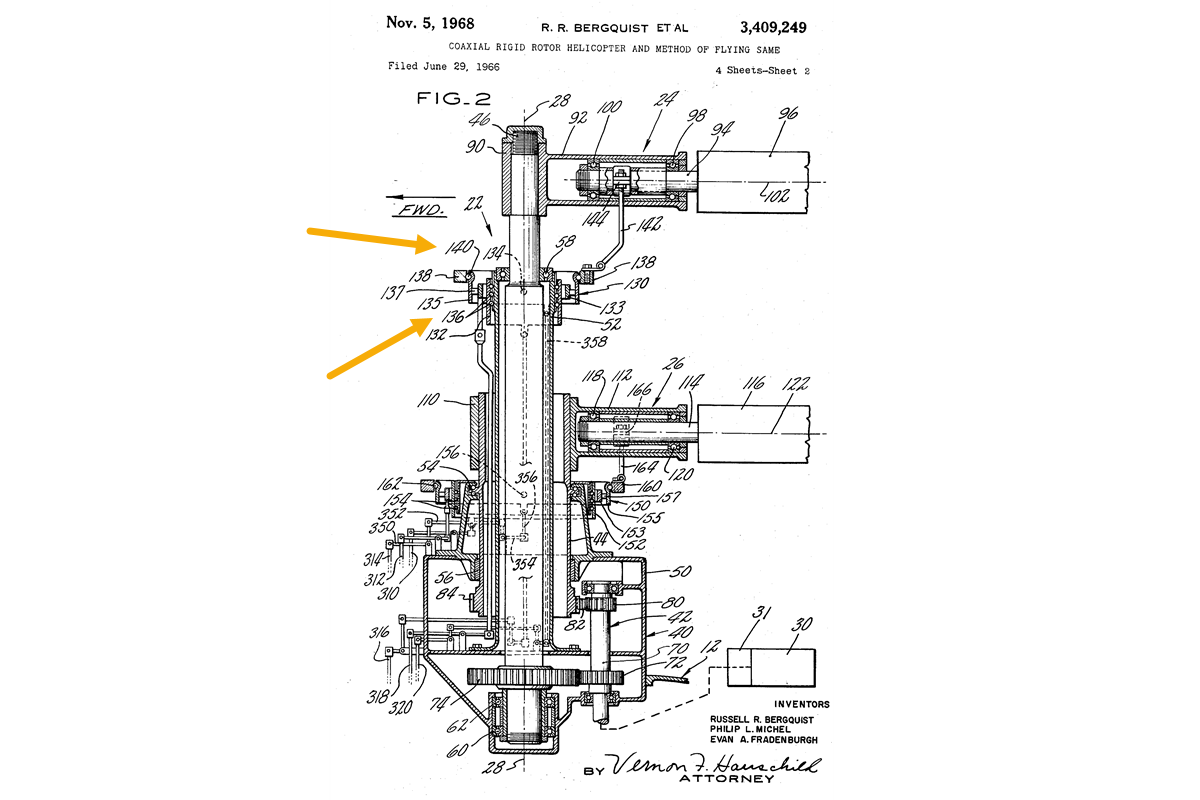 The two main element per rotor are bearings that permit the vertical translation of the fixed portion, and the rotation of the attachments to the rotor. Focus on labels 136 and 140 (added arrows for easier finding) for the upper rotor, and here's the quotation:

28
How does a coaxial rotor helicopter achieve yaw?
1
What are the advantages of dual counter-rotating rotors vs coaxial rotors?

15
Do helicopters have trim? How does it work?
20
Why aren't modern helicopters quieter?
28
How does a coaxial rotor helicopter achieve yaw?
10
How does a tiltrotor yaw while in vertical flight?
19
How does this RC helicopter keep itself upright?
0
Are there any helicopters with tail rotors where slip-skid ball may be centered even when fuselage is streamlined to the airflow in cruising flight?
15
How controllable is the 737 in single-engine manual-reversion flight? Is it controllably landable (or go-around-able) in this condition?
3
How does gross weight affect helicopter autorotation?
10
Could the Mars helicopter Ingenuity have been test-flown outdoors at JPL just for the heck of it? (not that they would)