Why does Beijing's new Daxing airport have so few gates?

There is a lot of press about the Daxing airport, touting that it will be one of the largest in the world in terms of passenger capacity. The images of the terminal build are indeed beautiful.

But when I look at this image, taken from Wikipedia, there doesn't seem to be a ton of gates: 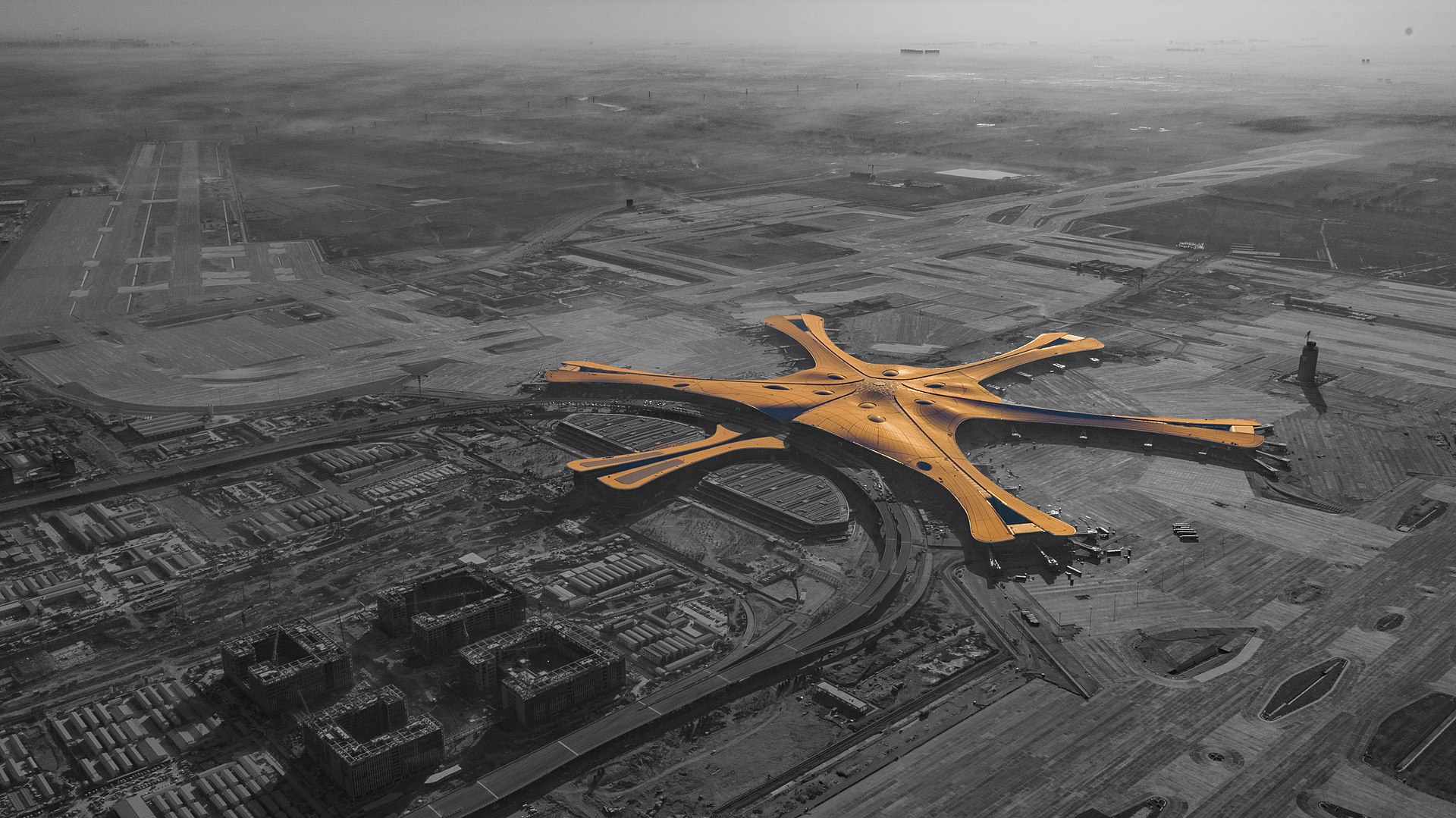 I couldn't find an authoritative number of how many gates it will have, but this website says it will have about 80. This matches what I see in the image above.

By comparison, Ohare and Hartsfield–Jackson have about 190 gates, JFK 130 gates, Schiphol Airport 165.

Why is this? In the Beijing Capitol Airport right now, there are not enough gates, so when I land there, they have us deplane on the tarmac and take a bus to the terminal. Why didn't they build 200 gates if this is to be the largest airport, by passenger volume, in the world?

Airports aren't built with the envisioned capacity in one go. They are built in stages. Just look at Dubai International for example, they're always expanding the concourses, etc.

For Daxing Airport, I found what looks like a master plan (outline for a project's major elements): 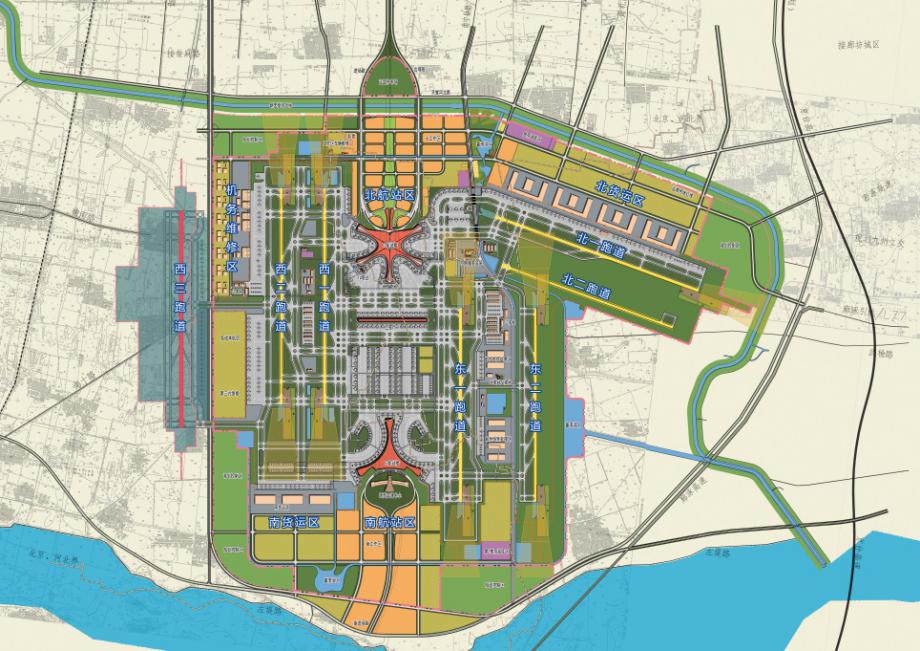 It shows more than one (at least two) main terminal buildings, land area for expansion that is serviced by taxiways and aprons, and even an additional runway to the west. There is also plenty of remote stands, which are appealing (cheaper) to low-cost carriers.

There are a couple of things I would mention that together could constitute an answer.

23
Why does Schiphol Airport have such a long taxi?
2
What is that building in Suvarnabhumi Airport?
8
Why is Denver International Airport runway 16R/34L rarely used?
28
Why is Heraklion airport a 'captains only' airport?
18
Why does the Las Vegas Airport have three control towers?
10
How will aiport operations at KOAK be affected when taxiway W is promoted to a runway?
17
Why so much ground time at Frankfurt Airport?
28
Why do airports in the UK have so few runways?