How and why does the ATR-72 sometimes use reverse thrust to push back from its parking position?

Travelling with Czech Airlines via Prague in an ATR-72 I have already experienced multiple times that instead of pushback service the planes simply used their reverse thrust to leave their parking position, even doing a 90° degree turn while rolling backwards.

Personal experience as well as a Google search show that this is rather uncommon. What makes the ATR-72 special to be able to perform such kind of manoeuvre?

As other answers note, for most aircraft, the risk of the engines ingesting FOD while powering back is too high. This is particularly true for turbofan engines mounted under the wings.

Turboprop engines tend to be mounted on high wings (such as on the ATR-72), and they tend to serve smaller airports where an airline may not have tugs available for pushback. Regional and private jets, which often have fuselage-mounted engines, also tend to serve such smaller airports. These planes were designed with the engines mounted higher specifically to reduce the risk of ingesting FOD, thus allowing them to safely power back when needed.

Note that powering back still burns a lot of fuel, and even with high engines the FOD risk isn't zero, so when operating at larger airports that do have tugs available, airlines will generally use them.

Just about any turboprop or piston engine airplane with reversing propellers can do it, as the airplane doesn't care whether BETA reverse is being used on the ramp or a taxiway or a runway. You normally use DISCING (flat prop blades to make zero thrust) when taxiing when you want slow down or when you are stopped. To go backwards, you just move the powers back out of DISCING a touch.

You kick up FOD on the ramp, which a TP can draw in almost as easily as a jet. Gate areas are a garden of zipper tags from luggage and will do major damage to a TP if they get past the particle separator in the nacelle, which is more likely on the ground without a high velocity air stream to let the separator do its job. The airline has probably made the business decision to take the risk of FOD damage to avoid having to use tugs for pushback.

When you want to stop backing up, you should not use brakes, lest you tip back. You use forward power.

Pushback via reverse thrust is problematic for turbofans, as they kick up lots of debris, which could be ingested into the engine or hit something laying around.

Presumably the ATR as a turboprop doesn't create as much wind, and with a turboprop the reverse thrust is blowing from the front of the engine, so there's no chance the debris will reach the intake. 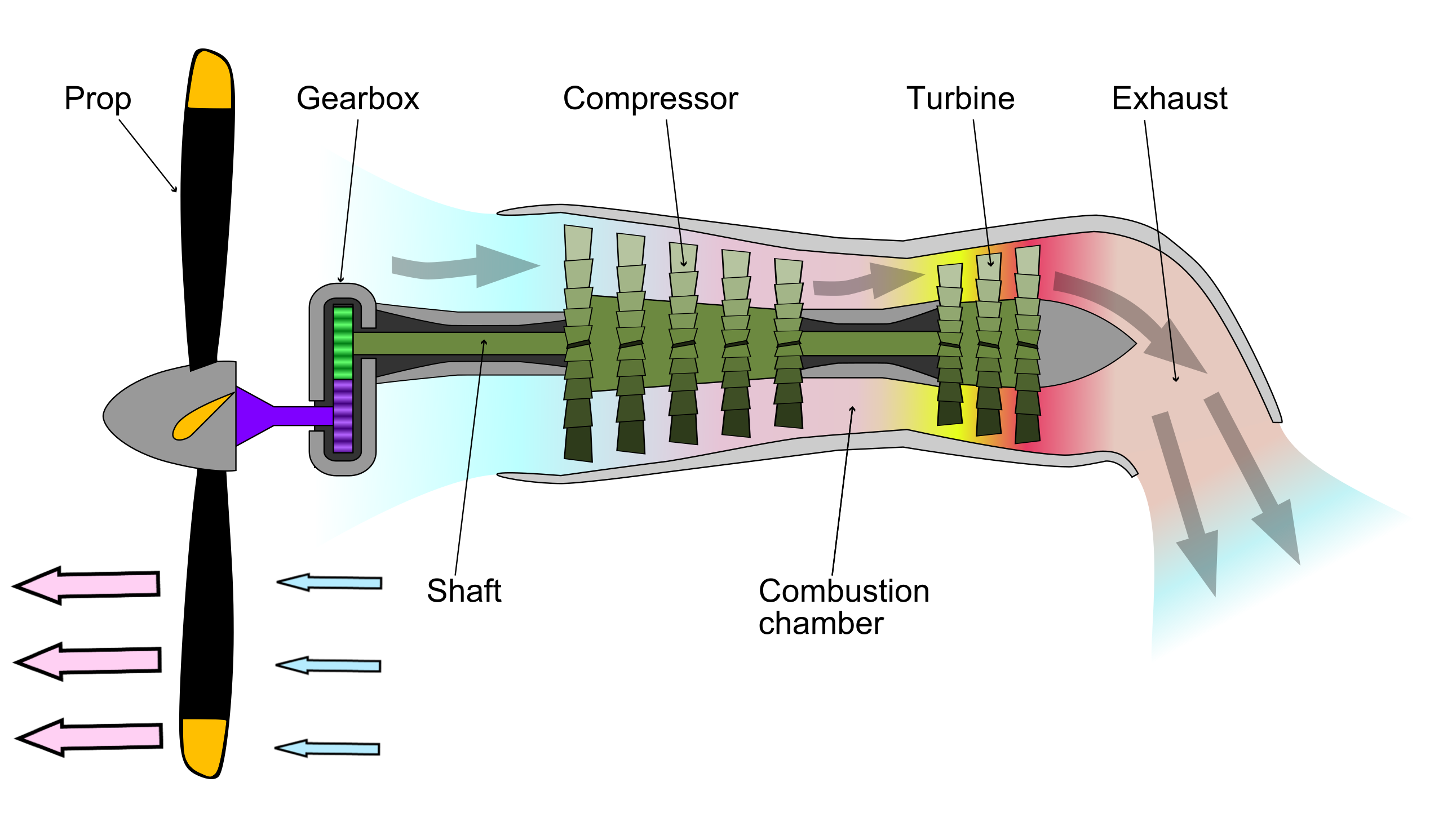 Most modern commercial airliners are prohibited to power back. Ground operations in aircraft fitted with high-bypass engines are usually restricted to idle and low-idle operations (enough to make the craft start moving, after which momentum enables further movement with idle only). Aircraft capable of power back are predominantly thus turboprops, several operators of these allow their crews to operate accordingly.

Is a powerback allowed by airlines as a safe maneuver?

Related: Is it possible to use thrust reversers to taxi backwards?

You can do powerbacks with basically any commercial turboprop, not really uncommon at all. We did it regularly with our F50s and we still performing it nowadays sometimes (even though quite rarely) with our DH8Ds when there is no towbar available.

Never heard about the problem of ingesting FOD, we never experienced this. The only thing you have to be careful about is NOT to use the normal brakes for stopping or you will end up with a tailstrike. Instead one has to go back to DISC.

Not the answer you're looking for? Browse other questions tagged thrust-reverser pushback atr-72 or ask your own question.

46
Is it possible to use thrust reversers to taxi backwards?
29
Why do most airliners have underwing engines, while business jets have rear-mounted engines?
11
Is a powerback allowed by airlines as a safe maneuver?

24
Why can't most jets safely use reverse thrust while airborne?
32
Why doesn't the A380 use its outboard thrust reversers?
5
Why is the CFM56 produced with two different thrust reverse options?
4
How does the EPR reading behave in reverse, and in reheat modes?
19
What makes it safe for the DC-8 to use reverse thrust in flight?
2
Why does the use of reverse thrust in flight on the DC-8 cause areas of separated/reversed airflow over the wing?
6
Why does the use of reverse thrust on the DC-8 generate a pitch-up moment rather than a pitch-down moment?
2
What will happen on Airbus A320-200 series when during push back NW STRG DISC in not in the towing position?