Why is the B737 altitude display unneccessarily ambiguous?

I was playing FSX again lately and was flying the B737-400. So I hope it is simulated correctly and this question isn't dead on arrival :-)

It always bugged me, that the altitude display on the MFD is very ambiguous when you are immediately below a "round" value: 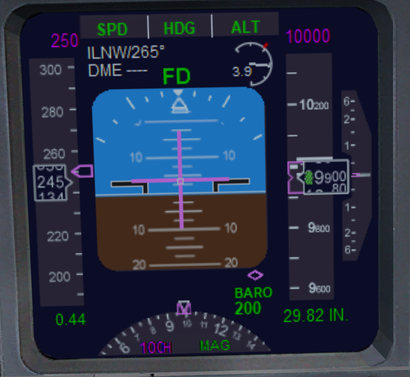 On first glance everyone (ok..me) would read the altitude to be 9900 ft. Only if you know what to look for and spot that the numbers carry on downwards you can deduce that you are actually at 10000. The reason is that the second significant digit does not roll over smoothly but ticks over appruptly when the next round value is surpassed.

Granted, 100 ft may not be a huge difference, but it seems very unneccessary to have it like that. If the first two significant digits behaved more smoothly without this round-down like behavior I would recon that it would be way less ambiguous.

Why is the altitude display designed that way?

Edit: Here is what it looks like in motion:

I think it is an artifact of the simulator after all; the real display isn't like that.

the second significant digit does not roll over smoothly but ticks over appruptly when the next round value is surpassed.

However, in the YouTube video "Boeing 737 cockpit instrument approach landing" (uploaded by aviafilmsproduction on Jan 6, 2015), we can see that the hundreds digit does "roll over smoothly" rather than "ticking over abruptly," so there isn't really any ambiguity.

The video shows an altimeter tape which initially reads 3840 and gradually decreases. The two rightmost digits scroll constantly. After the number reaches 3800, the three rightmost digits all move up together; the "800" part moves out of view and is replaced with "780". So, the altimeter never falsely appears to read 3700 or 3870. Likewise, after the number reaches 3000, all four digits move up at the same time, being replaced with the number 2980.

Because thats how old school "steam" altimeters work/look and glass cockpits were designed to work similarly such to reduce unfamiliarity when transitioning. Prior to the screen age a drum altimeter would have read out and increased in much the same way the glass cockpit does now. 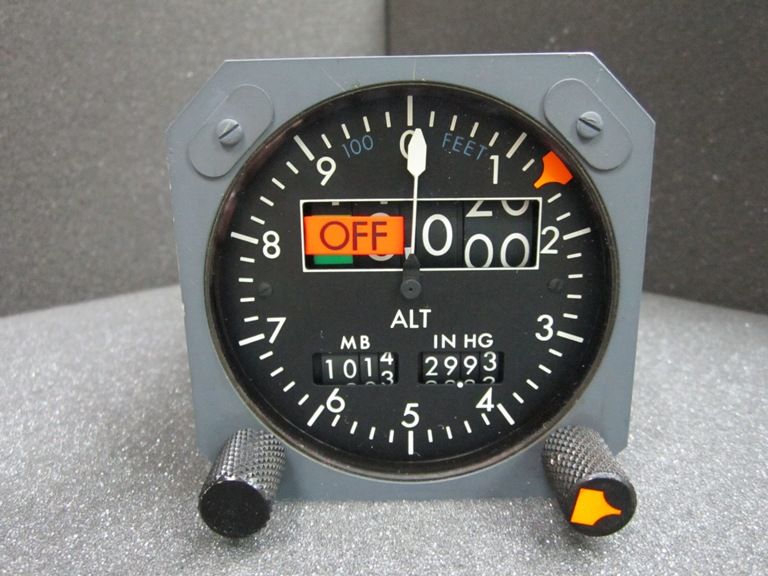 You will also notice the 10's and 1's place's are joined and rounded off by 20's. This has to do with the common arrangement of tick marks on any old altimeter as well as the fact that in a fast climb the one's digit would be unreadable.

On any note, its not ambiguous to a pilot, its actually quite accurate if you know what you are looking at.

Not the answer you're looking for? Browse other questions tagged boeing-737 altitude display or ask your own question.

9
How large and heavy is the B737's built-in stair?
7
What does the Airbus A340 Primary Flight Display look like during startup?
5
Does an Airbus A320 Navigation Display depict constraints for flightplans other than the primary?
3
What does the ATR72-600 MFD System display look like?
5
What is the distance unit on a navigation display?
4
How much was the engine moved in the B737 Max w.r.t. older versions?
1
What do these symbols indicate on the ATC display?
1
Can the 787 mini navigation display be controlled independently from the ND?
1
What are those polygons on the Garmin avionics navigation display?