Does a skinless fuselage add to the likeliness of an unrecoverable spin?

While at Air Venture this week, I happened to hear a pilot of a small experimental airplane say that he liked the skinless (Naked) look his airframe had at one point during the build, but that he believed flying it that way made it more susceptible to an unrecoverable (I assume flat) spin. 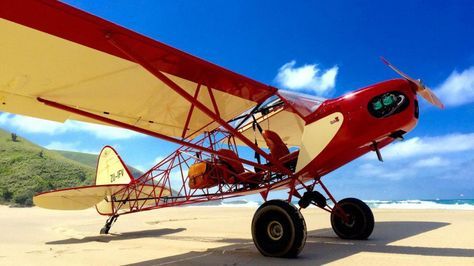 Thinking about it later, I realized that I wasn't sure I understood how this could be. My understanding of airplane behaviour is that a flat spin is mostly a result of CG being to far aft. Anyway, I was wondering if anyone knew this?

Well, I would solve with transparent Monokote if it was a model. No accounting for people's taste.

Although some very early aircraft featured that look, designers soon realized that covered "slab" sides not only reduced drag, but also improved directional stability. Note that covered area aft of CG acts as an extension of the empennage, allowing for a smaller Vertical stabilizer. Many 100 years ago were comparitively tiny.

As far as behavior in a spin, what he has on the tail may be sufficient for safety, as well as good CG management. But I would certainly not recommend denuding your fuselage for a certain "look" without some expert advice and testing.

Designers do compare side area ahead of CG to aft of CG to estimate yawing tendency in a slip. So he may be OK.

That is not to say the airframe is dangerously unstable in yaw or prone to spinning, only that the tail boom does contribute slightly to tail volume, so, disregarding any weight and balance effects form the fairing and assuming everything else stays the same, the "naked" version will have less lateral stability.

In the numerator, $S_v$ is the area of the vertical tail and $l_v$ is its moment arm. The denominator contains the wing area ($S$) and span ($b$). Non-tail surfaces are often obviated for simplicity, but a more rigorous expression would be:

where each surface aft of the CG is weighted by its moment arm and added to the coefficient. This would include the boom area.

This coefficient represents the capability of the tail to counteract yaw; a lower value will lead an aircraft that is more prone to yaw, and easier to spin (again, all else being equal).

Susceptibility to spins does depend on CG location, because an aft CG will place the center of rotation closer to the tail, reducing the arm it has to counteract yaw, which translates to less tail volume. In the case of such GA aircraft, the addition of a couple kilograms at most of cloth to the boom structure should not shift the CG out of envelope unless the design is already at its limit.

Not the answer you're looking for? Browse other questions tagged aircraft-design aerodynamics spins homebuilt or ask your own question.

11
Why is the altimeter unwinding unevenely during a spin?
10
What is the Beggs/Mueller emergency spin recovery technique?
13
How do the Tiger Moth's anti-spin strakes work?
9
Why does the P-51 Mustang takes so much altitude to recover from a spin?
1
How does the advancing wing in a flat spin create nose thrust?
4
Can you please explain aircraft spin in simple non-mathematical terms?
6
Does a left spin differ from a right spin for a single-engine propeller aircraft, in terms of spin characteristics & ease of recovery?
9
Why does spin recovery involve cutting the throttle?