What is the minimum altitude over Egmond aan Zee when landing at Schiphol?

I live in Egmond aan Zee which is about 36 km flight distance from Schiphol. It seems that aircraft fly over Egmond when there is a southerly wind so they can make a landing approach to Polderbaan runway.

Where can I find the minimum allowed altitude when flying over Egmond?

Approaches into Schiphol are usually vectored by ATC during the day (see below for night operations). This means the controllers are giving instructions to pilots depending on the current traffic, which makes it hard to say when exactly planes will overfly Egmond aan Zee.

If the Polderbaan (runway 18R/36L) is used for landing from the North (18R), planes will be vectored to the PEVOS waypoint shown on the following chart (source: Jeppesen): 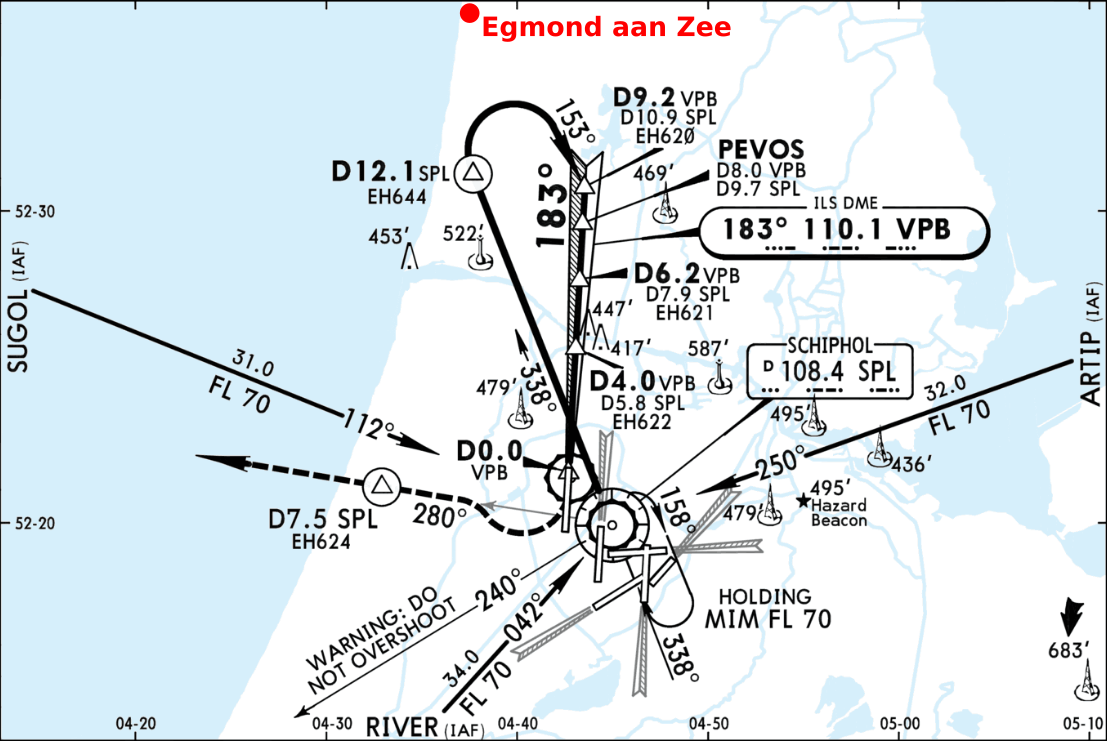 I marked the approximate position of Egmond aan Zee on the map. There is no given minimum altitude there, so planes could already be at 2000ft, but they are likely still higher (3000 to 4000 ft) see below for update.

During night operations, Schiphol is a lot stricter about where planes can fly and how they can descent. The following night approach chart shows how planes will fly if they land on 18R: 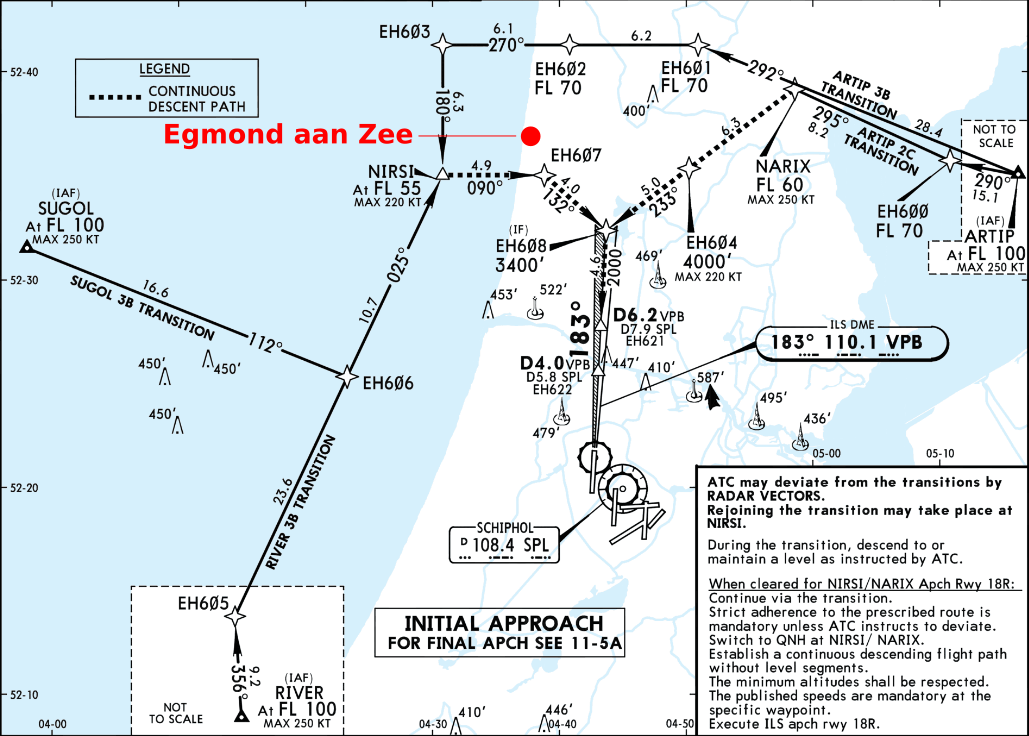 Egmond aan Zee is between EH602 (where planes will be at FL70 or about 2100 m) and EH607, which is on a dashed line indicating a continuous descent path, where planes must fly at idle thrust from FL55 at NIRSI down to the ILS intercept altitude (2000 ft).

I just had a look at flightradar24.com and saw a KLM Boeing 737 flying quite close to Egmond: 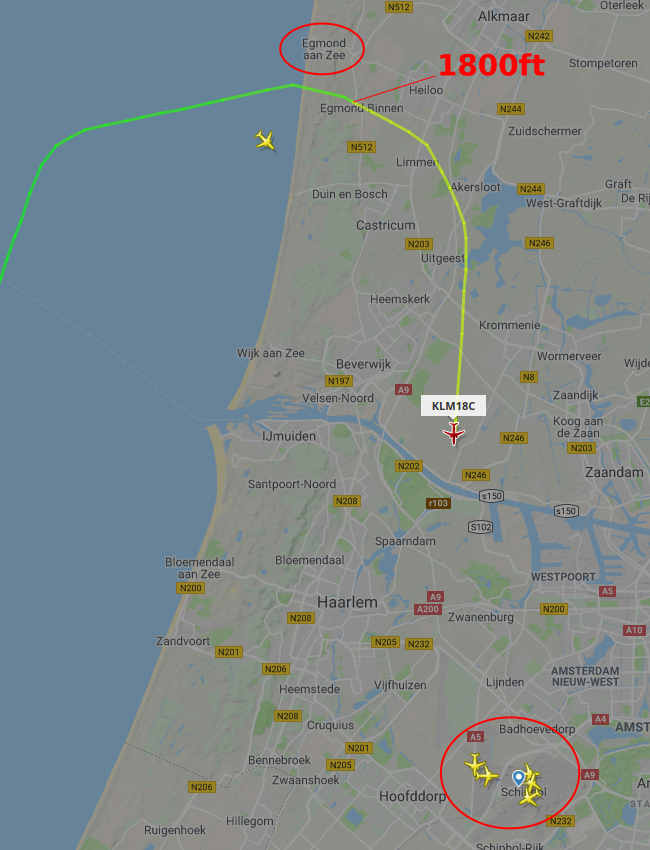 According to the ADS-B data, they were between 1800 and 2000 ft when flying just south of Egmond an Zee (I marked the point where they leveled off at 1800 ft). I assume this data is somewhat inaccurate since they should not descent below 2000 ft before intercepting the ILS. Other aircraft were also at similar altitudes around Egmond, so I assume overflights at 2000 ft are quite common.

During normal daytime operations aircraft are passing over the southern edge of Egmond aan Zee at 2000 ft (600m) altitude. They maintain 2000 ft until estabilshed on the ILS to runway 18R (or 18C). The aircraft come from the south (e.g. Portugal, Spain, France, Belgium) or west (UK, Ireland, Iceland, transatlantic) and descent to 2000 ft over the north sea.

Aircraft turning onto final approach for 18R or 18C arriving from the east (rest of europe, asia, middle east, etc) are kept at 3000 ft. This way vertical separation is assured, even when aircraft overshoot their turn and get horizontally close to the traffic from the other side.

Not the answer you're looking for? Browse other questions tagged landing sid-star descent airport-operations or ask your own question.

9
Is the descent performance of the PMDG 737-800 accurate?
5
How to get the correct angle when doing a visual appoach before landing?
8
Was this Gulfstream way below the glideslope?
12
Costa Rica landing in the news, concerns to be taken seriously?
12
What counts as "runway in sight" when flying an IFR approach to minimums?
2
What are the effects of headwind strength on landing?
10
Did Kai Tak have a straight-in approach to runway 13 for higher-performance aircraft?
2
What altitude restrictions are there in Class C airspace?
4
What are the equations to compute takeoff and landing distance?