Do vortex generators increase Re of a wing?

Do vortex generators (VGs) increase Re of a wing?

I understand that VGs re-energize the boundary layer on a wing.

I understand it turns laminar flow into attached turbulent flow. Doesn't that mean the Re increases substantially?

Reynolds number depends on the free-stream speed, the chord length, fluid density and viscosity. So vortex generator does not modify the Reynolds number. However, it trips the flow aft of the device into turbulent flow. Turbulent flow, in fact, has higher drag than a laminar flow (at the same Re). Therefore, on top of the additional skin friction drag introduced by the VGs, the aerodynamic surface would also have higher drag.

The Reynolds number is a construct that measures the relative magnitude of viscous and inertial forces, and it is defined in a way that is convenient. It is not a measurable physical quantity, so the answer will depend on how you define it.

includes a length term $L$ that is arbitrarily chosen as a characteristic length of the problem in question.

For example, the boundary layer near the forward stagnation point will be extremely low and the layer will be laminar, even if the prevailing free flow conditions would indicate turbulence. Of course in such a situation the layer is bound to transition very soon unless the airfoil is specifically designed to prevent this, like the NACA 6-series.

Layer manipulation devices like trip strips and vortex generators muddy the picture further still by altering the conditions in the boundary layer:

A trip strip will force a turbulent transition by means of a local spike in surface roughness, with the intention of using a turbulent boundary layer´s more favourable separation properties. 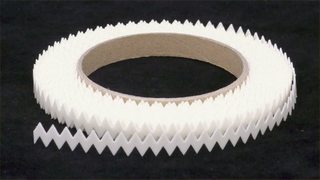 Vortex generators, on the other hand, mix the flow from the free stream out of the layer into it, increasing its energy, delaying separation. They also increase the $\mathrm{Re}_{layer}$ because they are also a source of roughness and their modus operandi directly increases the local vorticity. While it is conceivable that at very low Reynolds a set of vortex generators would operate fully in laminar mode and not transition the layer, this is an academic case, and in the real world you will likely have a turbulent layer downstream of them. 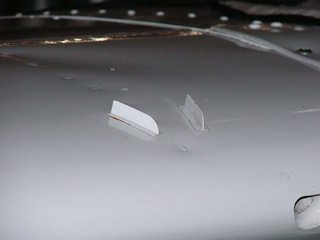 Now, to tackle you question more directly: if you want to increase the effective Reynolds of the airfoil for the purpose of layer attachment, you can obtain some success with vortex generators, and probably even more with a trip strip, but it do not expect either method to take the value over that of the entire wing.

Not the answer you're looking for? Browse other questions tagged aerodynamics vortex-generators or ask your own question.

8
How do blow holes compare to other means of tripping the boundary layer?
8
How does Reynolds Number affect skin friction drag?
14
Is airflow ever laminar in the boundary layer, near the wing leading edge?
0
New Research: VGs increase lift to drag ratio up to 880%. Does it work for flaps too?
12
What is the difference between flow separation and turbulent flow?
3
Why don't aircraft owners put vortex generators on the top of their flaps to extend single flap lift creation past 40 degrees?
0
What suits best for lateral controllability at high Angle of Attacks- a vortex generator or wing slots?