I have some questions about ATA 21, how packs works?... I mean, what's inside them?, what are their mechanims? And How the warm air becomes into cold air?. (On a airbus A320)

I'm starting my major at aeronatics and i don't have any idea about ATAs. I couldn´t find clear information about it on my lenguage, But found this forum and i hope that somebody can help me.

Here's an answer for the B737, from own work compiled from several public sources. The A320 and other airliners are very similar. 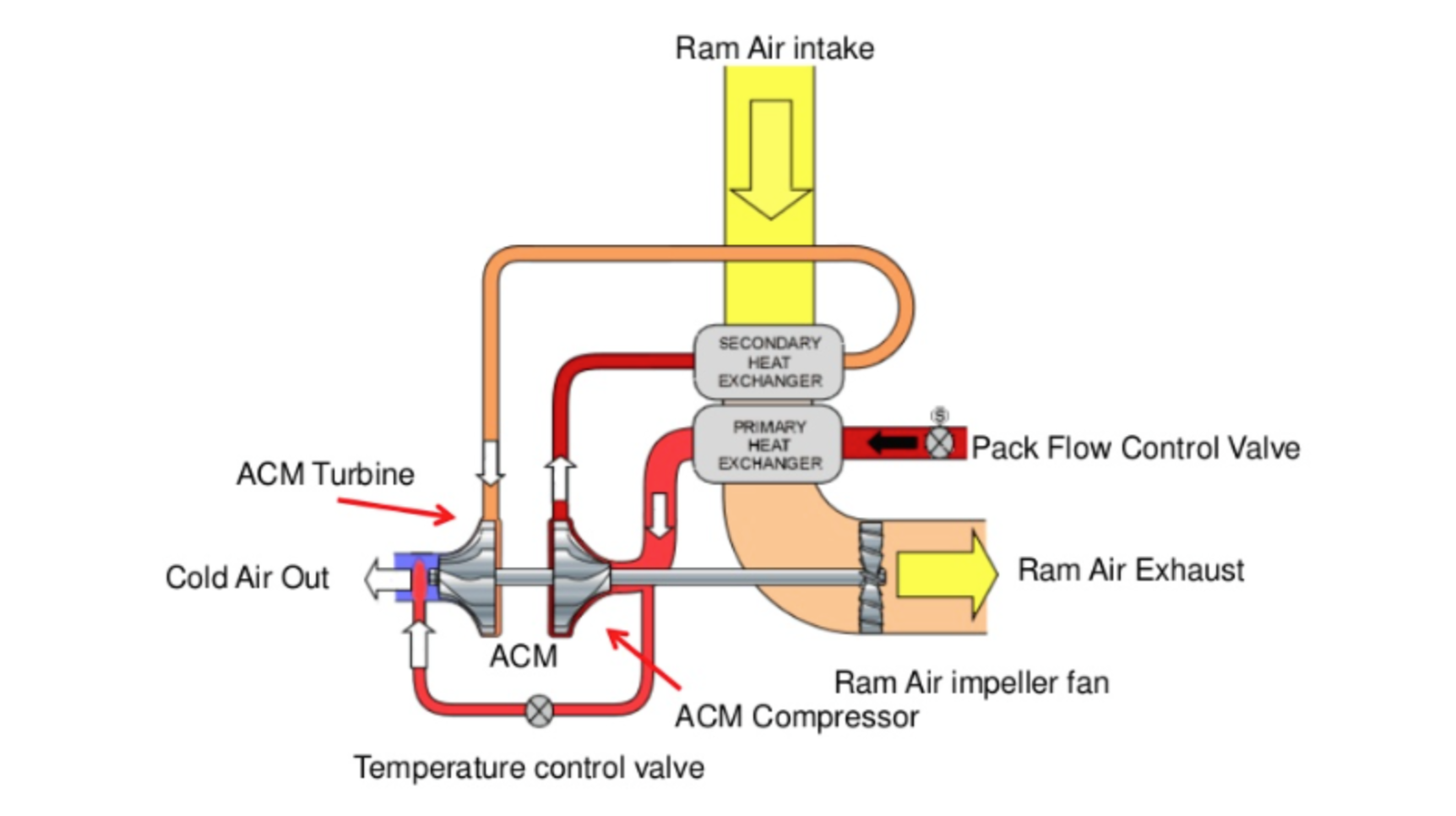 The air conditioning packs are Air Cycle Machines (ACM) which remove heat from air through a reverse Brayton cycle. Hot compressed air is cooled and then expanded, which drops the outflow temperature to a temperature cold enough to provide cooling in hot environmental conditions.

Cooling air for the heat exchanger is provided by ram air, via inlets underneath the fuselage, in front of the body/wing intersection. Water is extracted from the cool air, and sprayed into the ram air stream for more efficient cooling via the heat exchangers.

The impeller fan creates cooling air flow when airspeed is low. The impeller fan speed can be controlled independently from the ACM turbine/compressor axis, by the Turbofan Control Valve.

20
Why is air mixed with bypass air on the A/C of an aircraft?

3
Which computer controls auto thrust on an Airbus A320?
3
What exactly is a hot air pressure regulating valve, and what is its purpose?
4
What are the adverse effects of keeping the PACKs on the A320 running with the LP air conditioning unit connected?
6
What is this button (pressed during approach) on the Airbus A320?
3
Why doesn't the A320 pack flow indicate HI as it should?
5
What dictates the A320's 'emergency ram air inlet' operation?
1
Air quality monitoring devices for a320
3
What's the rattling noise on an A320?
4
How often is the cabin air replaced in A320?
5
On the Airbus A320 family, when does the autothrust disconnect?