Does the Enroute Phase begin at a 30NM distance from the departure airport? 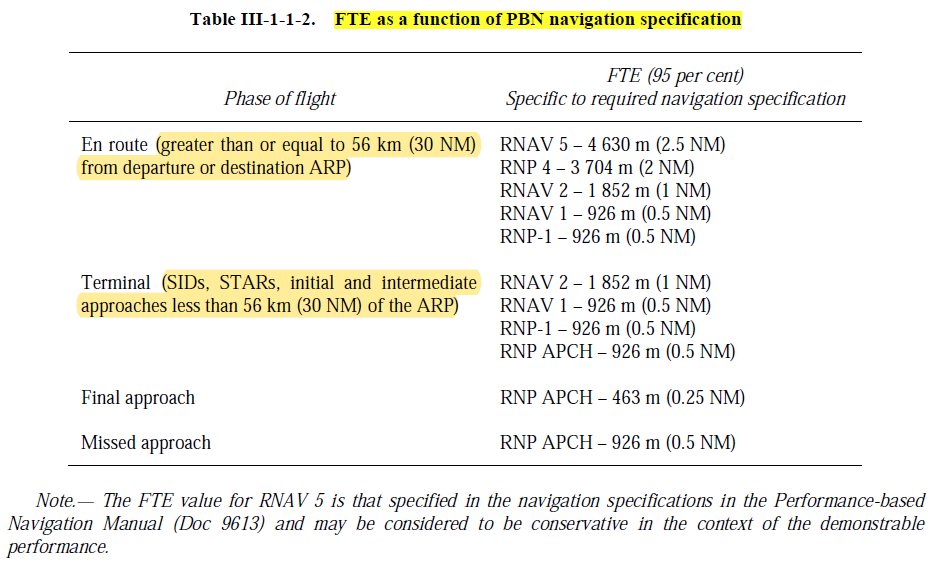 A similar categorization can also be found in FAA's Order 8260.58A ("PBN Instrument Procedure Design"), which states:

b (2). Width. [...] For the en route transition, legs that cross a point 30 NM from ARP, the OEA primary area width expands or tapers at a rate of 30 degrees relative to course to the appropriate width [...] A departure or missed approach segment designed to cross a point 30 NM from the ARP more than once changes to RNAV 2/RNP 2/A-RNP (en route mode) and remains expanded when it crosses the boundary the first time.

They way I interpret the above instructions is that a departure procedure should end (either explicitly or via vectoring) at a 30 NM distance from the departure airport, where optionally the enroute transitions of the SID will guide the aircraft and prepare it for the cruise flight phase.

On the other hand, take FINZZ TWO where the distance between LGA airport and FINZZ is less than 15 NM, something that contradicts the aforementioned convention of 30 NM between the airport reference point and the start of the enroute mode.

Could somebody help me realize what I'm getting wrong?

You are not getting anything wrong, I think you are simply overthinking something that isnâ€™t actually important. The 30nm distinction is somewhat arbitrary, and presumably captures most arrival and departure procedures. There is nothing magical or binding in this number, and there is nothing pilots will do differently when flying a published route or procedure based on distance or phase of flight.

For example, letâ€™s say the last point on a published departure procedure is less than 30nm from your departure airfield, and the next point on your filed route of flight is outside of 30nm. Your question implies that there would be confusion as to whether you would be in the terminal phase or the enroute phase of flight as you flew between these two waypoints, is that basically correct? My point is that this distinction does not matter. You will not fly the aircraft any differently if it is one or the other, you will simply navigate to the next point on your route while climbing or maintain assigned altitude.

Now there are some things that are accomplished during arrival and departure phases that may be worth discussing to clarify things and satisfy your curiosity on the subject. However, most of them are done as a result of passing a certain altitude. For example, at a certain altitude during climb out power may be adjusted for noise abatement and efficiency. Passing through 18,000 feet altimeters will be adjusted to 29.92 and perhaps switched into a different mode. This will be captured as part of a climb checklist. Reaching cruise altitude another checklist will be accomplish that will include things like adjusting cruise power, checking cabin pressurization, etc.

Preparing for arrival similar descent and approach checklists are executed that will include obtaining weather and local altimeter setting, approach briefing, etc. Passing 18,000 on the descent altimeters will be set to local setting, passing 10,000 speed will need to be slowed to 250KIAS. Checklists can be triggered by either altitude or distance from the destination, but again the distinction between exiting the enroute phase and entering the terminal phase is not really that important. The thing that matters is understanding when you are established on the published procedure you have been cleared for. The actual distance from the airport where this actually occurs is of no real concern as long as you fly what you are cleared for.

If IFR there will also be a hand off at some point between the Air Route Traffic Control Center and the local approach controller, but this will likely be tied to altitude as well. Also, you may be handed from one approach controller to another, but this will occur as you cross sector boundaries and is based more in geographic radar coverage and not a concentric range ring from the airport.

Finally, most modern GPS navigation systems will automatically change the sensitivity of the course deviation indicator in different phases of flight with the least sensitivity in enroute phase, more in terminal, and greater yet in approach phase. (This is basically what the section you quoted above is referring to) However, they will cycle as the aircraft passes the first or last waypoint of a procedure that is loaded into the system and not at some distance in between. In other words, if you are navigating to the first point of a STAR or instrument approach the system ought to retain enroute CDI sensitivity until this point is reached. The upon passing the waypoint it will cycle to the greater sensitivity of the terminal or approach phase. For this reason is it important to understand what phase of flight your GPS considers you to be in, but know that it will not cycle at 30nm or any other arbitrary distance in between, but at the waypoint where the transition occurs.

To reiterate, there isnâ€™t a specific checklist or different way of flying related to the transition between terminal and enroute phase of flight, nor is there any such thing as a â€śno manâ€™s landâ€ť in between phases if a point on a SID or STAR is within or outside of the 30nm distance referenced in your question.

Not the answer you're looking for? Browse other questions tagged instrument-flight-rules cruise departure-sid enroute or ask your own question.

0
What proportion of a flight do planes spend in the upper atmosphere?

9
What is the official FAA definition of the term enroute?
0
What is the type of a SID that is neither RNAV nor RNP?
1
How do designers determine the altitude profiles of neighboring procedures for deconfliction purposes?
2
What is the operational advantage of starting an RNAV SID with a VI-CF leg combination?
7
How would an aircraft fly PIKES ONE departure procedure of Denver Airport?
2
For a coded departure procedure (SID), Fly-At-Altitude or At-Waypoint instruction has priority in case of conflict?
1
How do I read this flight plan route?