What is that letter in the top of the tail of that Jumbo?

At the top of its tail the character 'B' appears, what does it mean? 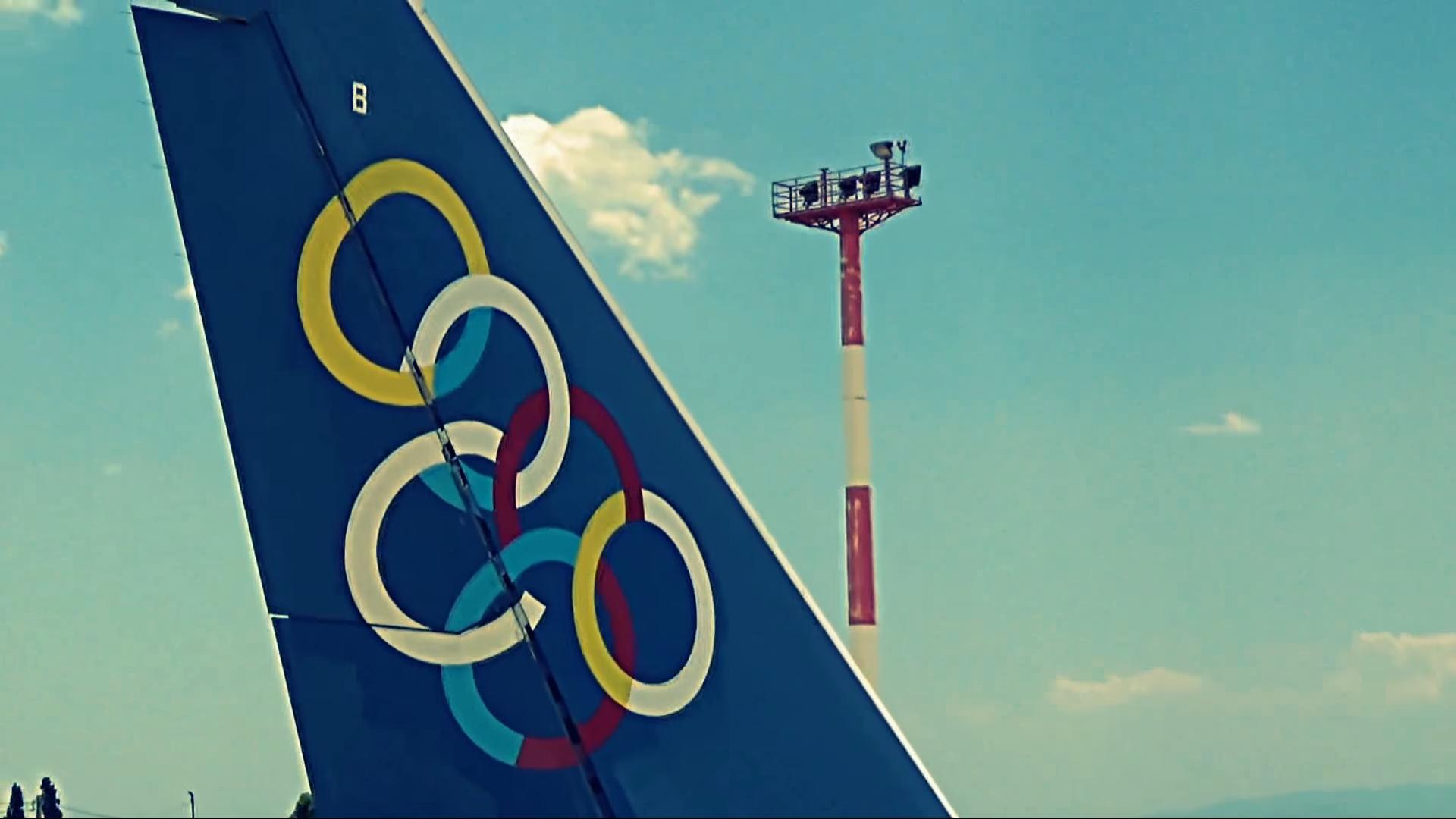 To identify the aircraft from a distance.. eg if you are driving on the ramp and need to get to SX-OAB and there are several Olympic jumbos parked up, and from where you are you can't read the registration on the fuselage. Not too bad if they're in the same general direction but if some are on your right and some are on your left it may help if you could get a hint from the tail. They only had one letter as OA never had that many widebodies.. I think they never had more than 3 747s at the same time and some A300s. Lufthansa on the other had uses the last two letters. Probably because they had 400s (pax and combis) and 200s at the same time. The pax 400s started at D-ABVA, the 400 combis started D-ABTA and the 200s were D-ABZ(x)(Freighters) or D-ABY(x)(pax).

More airlines put the registration on the nosewheel doors, this saves the ramp staff from trying to get a glimpse of the tail (not easy in bad weather). It is also common to see the last one or two digits/alphabets on the front end, most commonly on the nosewheel doors but also above the cockpit windows or just behind the radome.

Not the answer you're looking for? Browse other questions tagged boeing-747 or ask your own question.

29
What is ETOPS and how does it work?
5
What is the probability that passengers can survive a ditching in a 747 at MTOW?
8
What are these strange blades behind the N1 fan in a Boeing 747-8 engine?
18
Why is the Boeing 747-300 not in service anymore?
9
What are those in the belly of a 747?
9
Could the filming of the 747 in “Awakenings” have taken place during the 747 flight testing?
22
Would increasing the number of wheels of a Jumbo reduce the braking distance?
5
What's the name for the structure that helps stop the nose wheel in Boeing 747-400?
6
What are the consequences of attaching an unused extra engine under Boeing 747 wing?
18
What are these silver stripes on Cosmic Girl for?