Are there countermeasures for semi-active laser homing SAM?

I would imagine sensors that pick up the wavelength/PRF and a couple of emitters trying to flood the seeker. Or could chaff be sufficiently reflective?

Ground targets do have countermeasures against laser guided munitions in the way of smoke screens, for example on the Shtora-1 or Arena Active Protection Systems. These disperse an aerosol that reflects the light frequency of the known enemy laser designators.

This works against laser homing missiles like the AGM-114 Hellfire (except the Lima, which is radar-guided) by effectively displacing the aim point of the guided munition to the smoke cloud and giving the target a chance to reposition out of line of sight of the launch platform.

Note that this is less effective against beam riding missiles like the 9K121 Vikhr which has the laser sensors on the rear of the missile and does not depend on the reflection of the guiding beam, but rather on its orientation.

On the topic of aerial targets, the situation is very different. In the first place, there are not many anti air systems that rely on laser guidance, since these are only occasionally useful against rotary wing threats and close to useless against fixed wing. The two most likely situations where a helicopter might find itself being targeted by a laser guided munition are the result of improvisation: it can be engaged by another airborne platform with and air-to-ground weapon or by an armored vehicle using an ATGM.

The likelyhood of this happening is considered low enough that many helicopters do not have an LWR to alert them of such a threat. As far as I am aware, it seems that Russian designs like the Ka-50/52, Mi-24 and Mi-28 do have dedicated LWRs while western designs tend to include more general MAWS equipment. The main advantage of the separate system is that it can potentially detect tank rangefinders that illuminate the airframe trying to obtain a firing solution for the main gun.

Secondly and more to the point, smoke screens in the air are not an option as they would require the helicopter to remain in a hover, which would make it an easier target for precisely the kind of laser guided systems you want to defeat, among others. It is much easier to maneuver behind terrain to disrupt the guidance beam, which is easier if the helicopter has forward airspeed.

You may be thinking of something akin to chaff corridors, coordinated lines of chaff deployed by dedicated ECM aircraft in advance of air raids in the WW2 and Cold War period. These clouds of chaff were meant to jam radar stations and were not dense enough to hinder optical or IR systems: 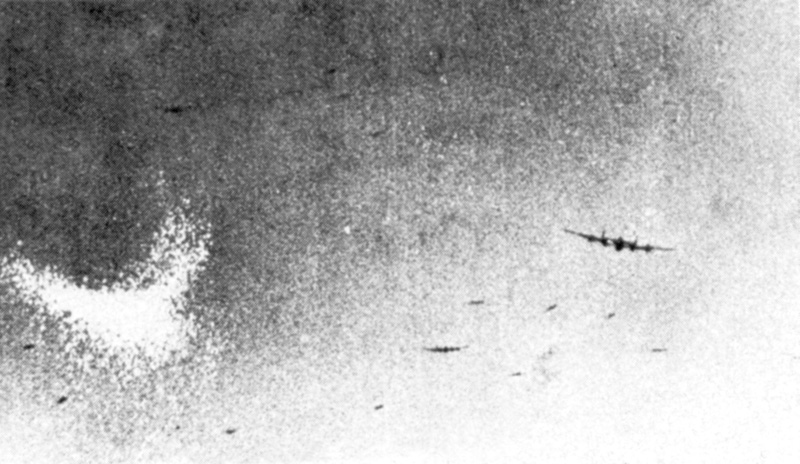 Not the answer you're looking for? Browse other questions tagged military missiles missile-lock or ask your own question.

10
Do fighter jets have forward-looking radar warnings for missiles, and when was this first implemented?
9
What is the ultraviolet signature, if any, of aircraft and jet engines?
9
Why didn't the U-2 spyplane have any chaff?
1
Which one has a higher success rate between Infrared homing and Radar homing missiles, for air to air combat?
17
How do internally carried IR missiles acquire a lock?
1
F-16 low speed SAM avoidance tactics?
41
Do missiles need anti-icing?