Why are the flaperons on the 787 located so far in-board?

Why are the flaperons positioned in between the outboard and inboard flaps (see 2nd picture)? Why not have them located as far outboard as possible to achieve maximum roll authority? I would think the order would be more efficient if the main flaps were both inboard, followed by the flaperons, followed by the ailerons. Thoughts?

In a previous post "How does the particular piece of flap behind an engine on a B777 work?", Peter Kampf explains the flaps would have a gap b/w them when extended because they extend perpendicular to the hinge line and the trailing edge is non co-linear. However, the 737 tackles this problem just fine (see 1st picture) so I don't think it fully captures why the flaperon is placed where it is on the 787 and 777. 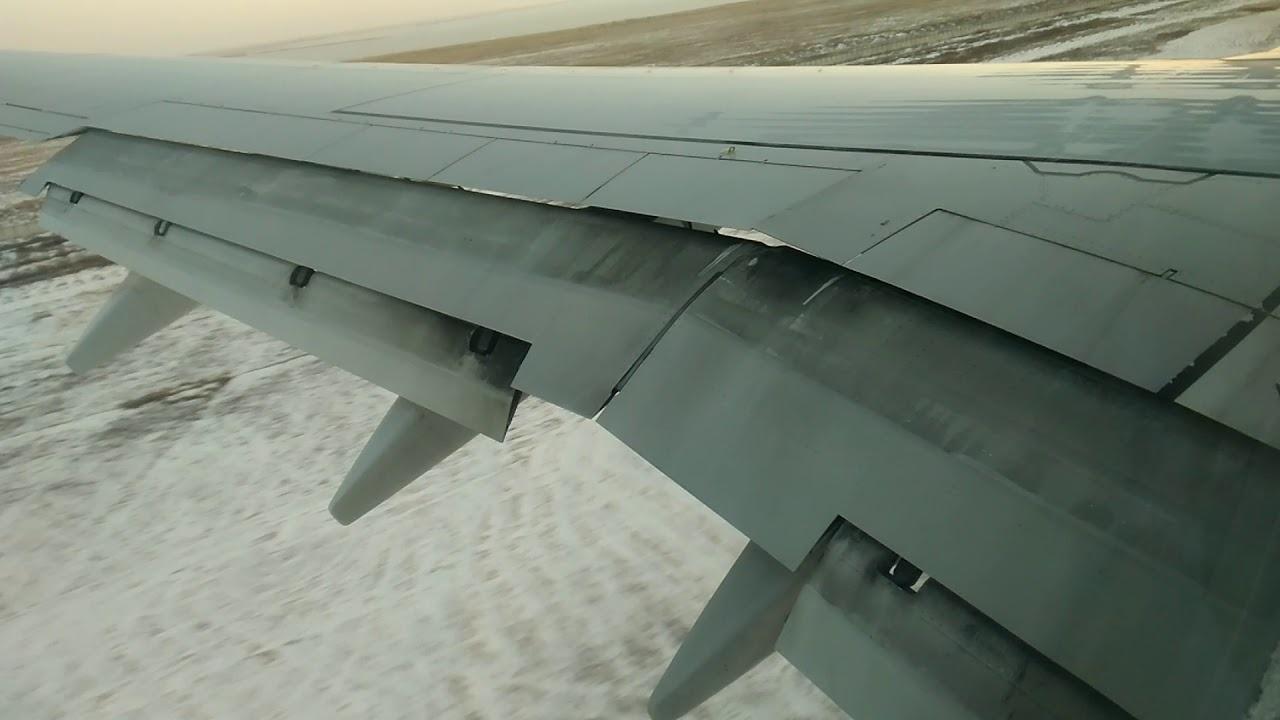 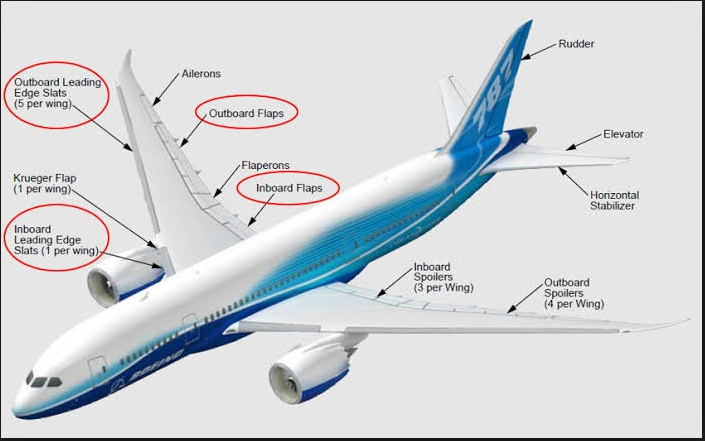 Quoting the answer @fooot linked to:

At high speed, the outboard ailerons are locked and all roll control is achieved by deflecting the inboard ailerons (and spoilers, if needed). This helps to reduce wing torsion and twist.

Yes, roll authority will be larger once the force is applied further away from the fuselage (/ roll axis), but the cost at which this comes (wing twist) is larger than that benefit.

The 737 has quite a complicated tracked mechanism to deploy its Fowler flaps. I think it's designed to allow all elements of the flaps to move parallel to each other, as opposed to perpendicular to the trailing edge. That prevents the flaps from jamming into each other at the inside corner.

The 787, on the other hand, has quite simple dropped hinged flaps. This is part of a long standing trend since the mechanically complex 747 of simplifying flap mechanisms by using more sophisticated aerodynamic design.2 So the flaps proper move a little bit aft as they extend, but I think the flaperon hinge isn't dropped, so that it doesn't extend aft and crunch into the flaps. This video shows that the trailing edge of the flaps moves aft, but that the flaperon does not. 787 Flaps during landing

I think part of the reason for the placement of the 777 flaperon is that it moves the Fowler flaps away from the jet wash. While jet wash would make the flaps more effective, it would also require them to be much stronger and heavier. Since it doesn't extend so far down and aft, the jet wash is a convenient place to put the flaperon.

This NASA paper is long, but a very readable survey of the various flap mechanisms used up until the 777. High-Lift Systems on Commercial Subsonic Airliners - Peter Rudolph

I can't speak for the designers on the true rationale, but one of the considerations would be a balance between control reversal speeds and roll rate requirements at high speed. I strongly suspect that the locking of the ailerons is because the aileron aeroelastic reversal speeds don't meet the margins required under Part 25 of 14CFR.

Not the answer you're looking for? Browse other questions tagged wing flight-controls stability or ask your own question.

15
How does the particular piece of flap behind an engine on a B777 work?

4
Why is the wing of large commercial jet aircraft usually located below the fuselage?
12
How does the raked wingtip of the Boeing 787 work?
5
Why are the 737 trim wheels located so close to the seats?
8
Is the Suntoucher CG too far aft?
53
Why are fuel tanks located in wings?
2
Where is the midspan airfoil located on the 737?
5
Why is the 707’s yaw-damper-out lateral controllability marginal to nonexistent with flaps and spoilers extended?
1
Are electromechanical actuators used in aircraft other than the Boeing 787?
4
Why is the aerodynamic center for most airfoils located at the quarter chord location?
14
What are these paint patches on this 787-8?