Will the plane take off? [duplicate]

First, I was unsure where to ask, here on on Physics SE. Second, I have a strong feeling it might have been asked already somewhere but I didn't find it - so if it was, please link as a duplicate.

Classic "plane on a treadmill"

Suppose we have an aircraft standing on a runway and it turns on engines in an attempt to take off. But that's a special runway - it acts like a treadmill moving backwards at the same speed as the aircraft is going forward (dynamically adjusting that speed if necessary). 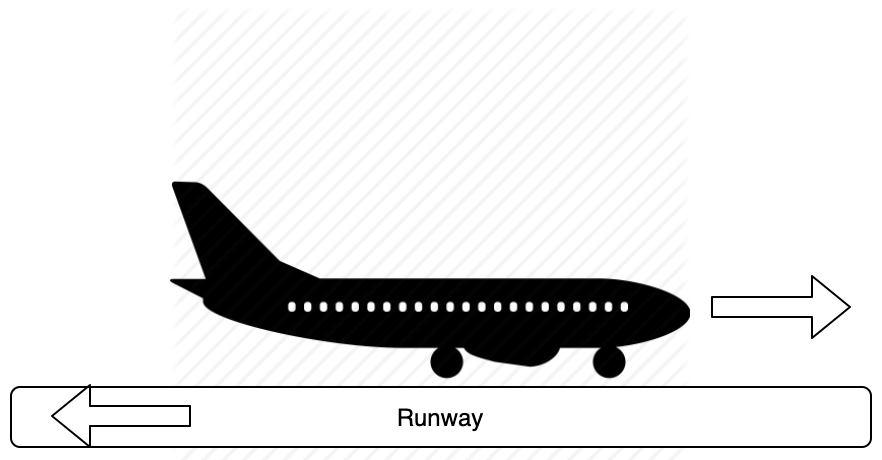 What I did is I looked through the web on a classic "plane on a treadmill" problem. One of the best hit is xkcd which kind of states .. "yes" and then goes into different options explaining that "there is no plausible way we could build the treadmill matching its speed to the aircraft" (or did I get it wrong?)

Let's suppose we could

That is - regardless of whether it's possible or not to build such a runway, for the purpose of theoretical exercise let's just take is as granted - we have such a runway.

Will the plane still take off? What will happen?

All the treadmill does is increase the RPM of the tires at rotation. Airliner tires are generally spinning at somewhere around 800-1000 rpm at, say, 140 kt depending on the diameter. If the treadmill is running at 140 kt in the opposite direction, the tire would have to be spinning at double whatever it is normally when the airplane achieves liftoff speed.

Well let’s think about it:

If the treadmill moves at the same speed that the plane moves forward, there is no reason that the airplane cannot begin a takeoff roll and gain enough speed to become airborne. The reason being is that nobody specified how fast the TIRES on the airplane turn during the takeoff roll. As such the aircraft is still unrestricted to move forward under its own thrust and accelerate down the length of the runway relative to an observer not standing on the runway surface.

Now if the tangential speed of the tires cannot be faster than the belt speed of the treadmill/runway, the no forward motion of the jet occurs relative to an observer on an independent body.

And incidentally if the treadmill/runway only move at the ground speed of the jet (I presume this means relative to an independent observer) and the tires cannot turn at a speed producing a tangential velocity greater than the speed the belt moves, no motion occurs and the airplane remains motionless.

This meme keeps resurfacing and argued about constantly, mostly by people who 1) Don’t know a whole lot about airplanes and flying not to mention physics 2) fall into logical fallacies for failing to thoroughly read and understand the problem description. Here’s a detailed discussion.

It depends on exactly how the question is phrased and interpreted.

If you phrase the question so that the treadmill speed is constantly adjusted to eliminate any forward motion of the plane as seen by an outside observer, then you are also requiring that the plane's acceleration must be zero as seen by an outside observer. This means that you are requiring that the plane's wheels spin fast enough to create a drag force (due to tire rolling resistance and wheel bearing friction) equal to engine thrust, even though they are mounted on the axles on low-friction bearings. That treadmill would have to spin awfully fast to stop the plane from moving forward!

So if we say that "the treadmill turns as fast as the wheels are turning", which is another way of saying "the treadmill moves as fast as the airplane is moving relative to the treadmill", then we are specifying zero ground speed as seen by an outside observer, and the plane can't take off, unless it is extremely windy. But as noted above, this would involve no ordinary treadmill. It might have to spin at thousands of miles per hour to create sufficient drag to counteract thrust!

On the other hand, in the question above, we read:

The key question here is: "going forward relative to what reference frame"?

(Another answer notes, likely correctly, that many airliner tires might not tolerate double the normal rotation speed; many light plane tires likely would.)

Note that if we modified the language of the question to reference the "speed" displayed on a speedometer connected to the wheels-- not something we normally find on an airplane!-- then we are back to the first interpretation given above, and the plane cannot take off or even move forward at all.

It's also worth noting that if the engine power were actually applied directly to the wheels, the moving conveyor belt would greatly limit the thrust available for a given total power output, and we'd no longer need to spin the belt at a such a ridiculously extreme speed in order to stop the vehicle from moving forward. The belt speed would still have to be well above the vehicle's normal top speed, since aerodynamic drag is not a factor- assuming that the moving belt isn't dragging enough air with it to create a significant headwind!

ALTERNATIVE ANSWER -- as the belt spins at the very high rate of speed required by the first interpretation above, it will "drag the air with it" and create a built-in headwind. The resulting air drag will reduce the total belt speed needed to stop the plane from moving forward. In fact the built-in headwind just might be strong enough to allow the aircraft to take off after all, with zero groundspeed! In this case things will get a bit "interesting" as the plane tries to climb up through the wind gradient!

(All other versions of this question appear to not be accepting new answers, and may not actually be exact duplicates.)

Not the answer you're looking for? Browse other questions tagged takeoff aircraft-physics or ask your own question.

11
Can planes take off from a treadmill?
58
How do wings generate lift?

18
How are take-off segments defined?
7
What is the most carbon-efficient way to take off in a passenger plane?
7
Why was this Twin-Otter Take-Off unsuccessful?
19
What is a take off roll?
7
What performance issues/symptoms can a pilot expect while taking off above MTOW?
14
What would be the challenges to taking off and landing a typical passenger jet at FL300?
0
Launch control equivalent while take-off
0
Could a plane take-off at 20,000 feet above sea level if the temperature is above freezing?
2
What runway has the steepest climb requirement on take-off?