Does a straight missed approach require all turns to be less than or equal to 15 degrees?

I am studying ICAO's PANS-OPS 8168 manual, and I am having trouble understanding the criteria applied to straight and turning missed approaches. In the manual, it clearly states:

There are two types of missed approach:

When there is a turn more than 15 degrees, it takes into considerations three cases (1. turn at altitude/height, 2. turn at at fix/facility, 3. turn at MAPt). As far as I can tell, each one of them concerns only a small initial portion of the whole missed approach. An example can be seen in the following picture. 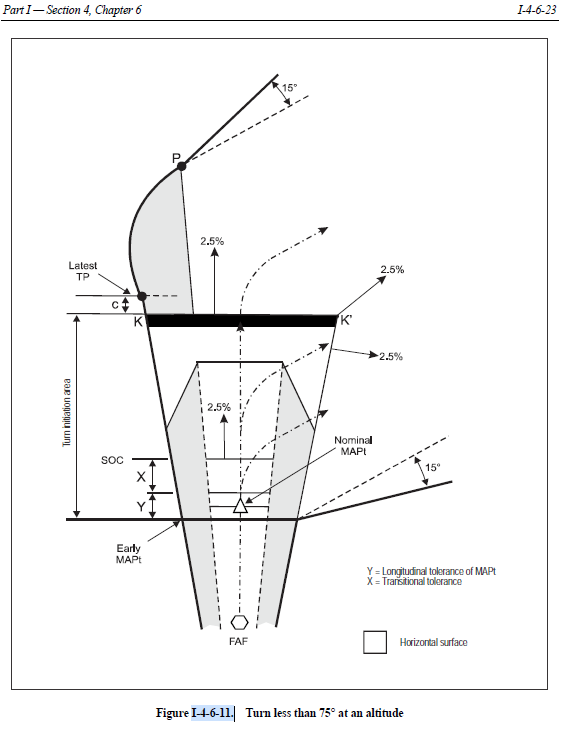 Take this approach from Ålesund Airport in Norway for example: 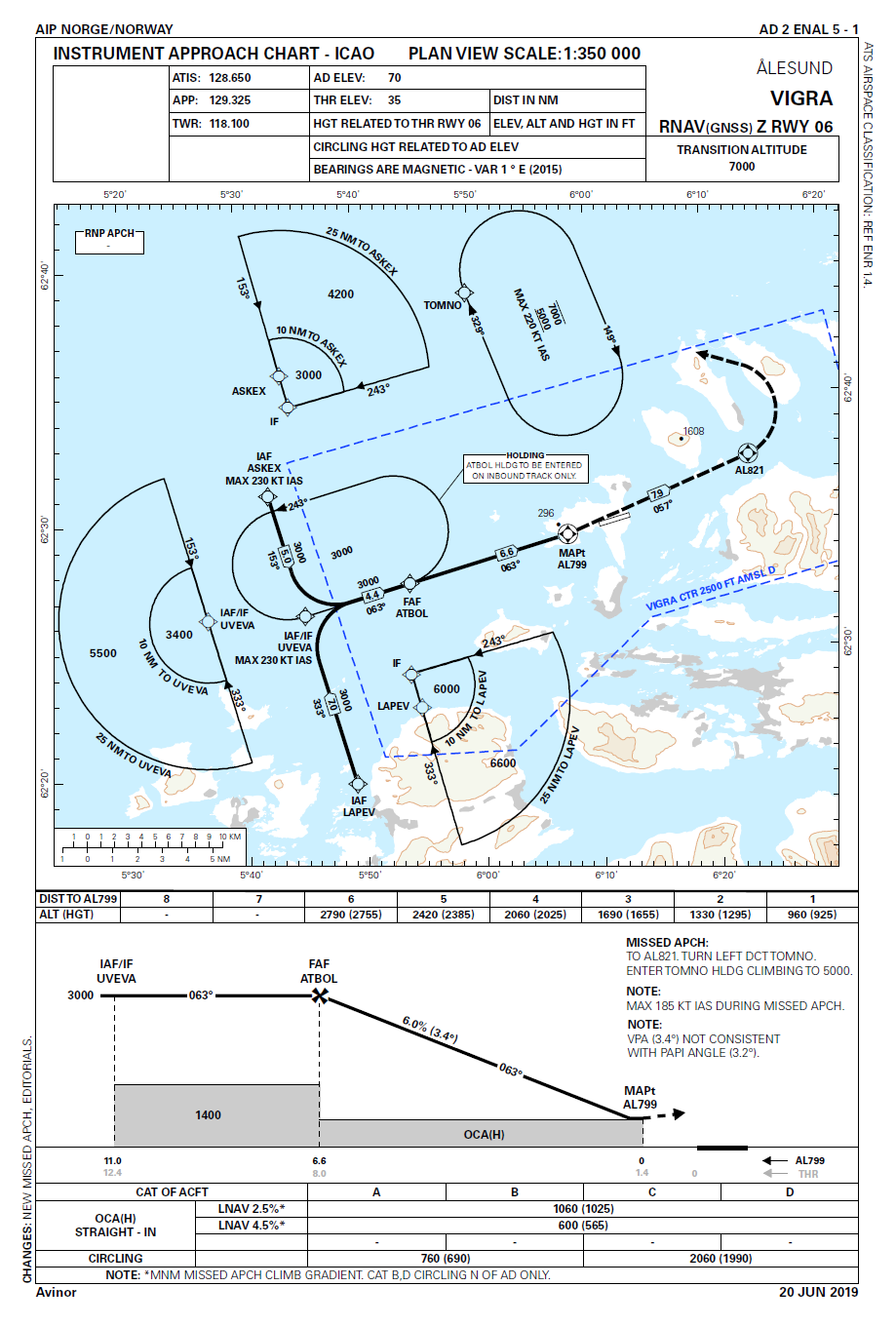 In the straight part you have a track change of 6°, which satisfies the criteria for a straight missed approach. This allows a reduced Minimum Obstacle Clearance (MOC) of 30 m, among other things. When AL821 is reached, the turning missed approach criteria is applied, and the MOC is increased to 50 m.

Not the answer you're looking for? Browse other questions tagged icao iaps missed-approach pans-ops or ask your own question.

5
How soon can I start my turn after reaching the missed approach point, when missed approach procedure calls for a climbing turn?
5
Approach plate does not require DME, but DME used in the published missed?
3
When do I execute a missed approach on a LOC approach when I can't identify the MAP?
1
Does transition to SBAS or GBAS navigation require alignment of the intermediate segment with final segment?
2
Based on PANS-OPS, what is the earliest turning point that can be used in a missed approach?
15
Why is the missed-approach course for the "RNAV (GNSS) - A" approach to runway 28 at ENSB shaped all funny?
4
How should one fly the entry procedure to an approach when the hold is not aligned with the outbound course?