When are more engines better than not on a plane?

A model of this airplane was used to carry a space shuttle. In this picture below the airplane had a few extra engines added since then.

How is the number of engines decided on an airplane? Why not use bigger engines? 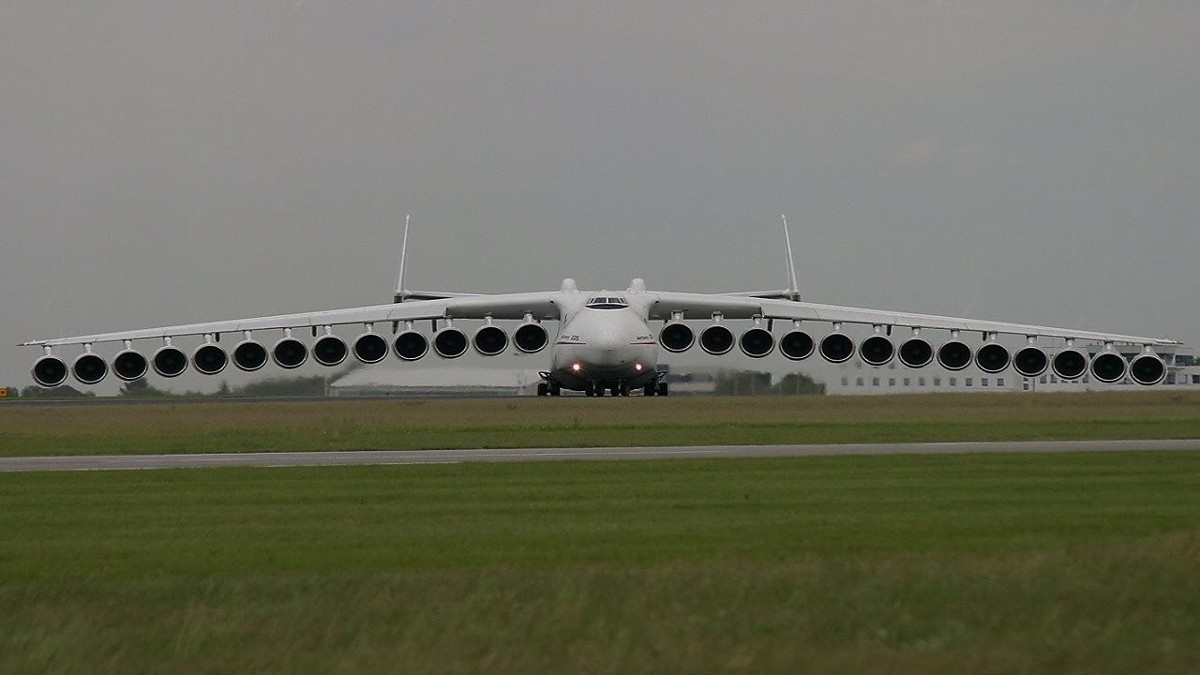 When are more engines better than not on a plane? When one or more of them has quit working.

It's a fake yes. A simple search for model number 925 shows no such plane existed, nor it could with the lower wing covered like that.

Two is minimum for jetliners, because still an improved reliability does not mean a single engine won't fail, so it's better to have another to rely on.

The reason for 8 (B-52), 6, 4, 3 (a bit more complicated as it can be a workaround for pre-ETOPS era) is the available technology at the time of designing the plane.

That is why one of the lightest quads was an old giant plane (engine technology hadn't matured yet past 160 hp).

A 777 could not have two engines until the technology grew enough to make the most powerful turbofan.

Related: Are two twin-jet flights more efficient than one quad-jet flight? (Keep in mind that there are costs other than fuel that increase with the number of engines; [systems] complexity for one and the associated maintenance.)

28
What is the smallest manned aircraft with four engines?
7
Are two twin-jet flights more efficient than one quad-jet flight?

9
Are tripropellant jet engines a viable way to increase fuel efficiency for large commercial airplanes?
6
How is the center of mass controlled in planes with multiple tail engines?
17
Why are modern regional jet designs shifting towards under wing engines?
16
Have we seen the last significant experiments in the configuration of jet airliners?
28
What is the smallest manned aircraft with four engines?
6
What are the issues involved in converting a quadjet into a twinjet?
9
Why was the An-225 built when the VM-T Atlant already did the job?
12
Why wasn't the 737 MAX's landing gear lengthened enough to mount the engines under the wings, rather than in front of them?