how to know about designed airways above my house [duplicate]

Newbie here.
I hear quite a lot airplanes and helicopters and all kind of weird flying things above my head, at least one every 2 or 3 minutes, so I started tracking them with ADS-B.
There's a commercial airport in the region (MXP), not extremely close, but it seems that my house sits on some kind of airway (? not sure about the correct word) because everything leaving and approaching that airport to/from east just passes over my head making a lot of noise and I do not notice the same thing when driving nearby.
So my question is: is there a publicly available information about these routes? Are they static? I tried to check skyvector but I can't understand those.
Is there some kind of altitude limitation flights must comply? Just for fun, I'd like to compare those with ADS-B received data.

Edit: screenshot attached, on the left there's the airport, on the right two planes and an helicopter that just passed above my head.
Highlighted one is almost above my house. 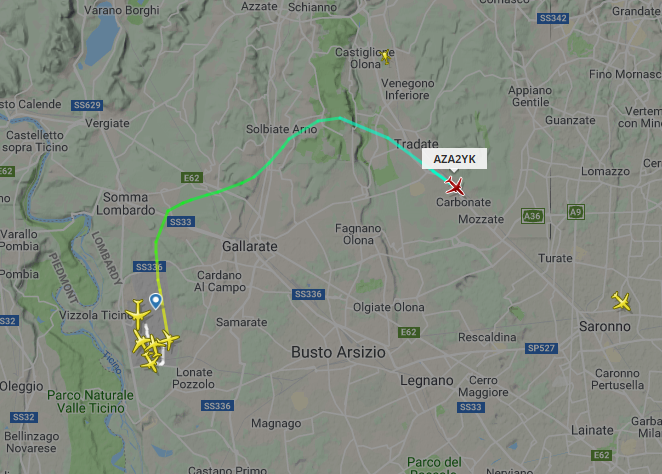 Airways is a term that is used for the sort of "highways in the sky" that a lot of commercial air traffic use.

However, as you are reasonably close to an airport what you're most likely referring to is SIDS (Standard instrument departures) or STARS (Standard terminal arrivals). Both of these can be found quite easily by searching for the airport name/identifier along with those 2 terms

One such example is here: https://v1aviation.co.uk/wp-content/uploads/2016/10/LIMC.pdf

It is a long document with a lot of information, however around page 19 you start to see some example departure routes from one of the northerly runways, which do indeed turn east and west depending on the route the aircraft is taking. You might recognise some of the local topography and be able to estimate where your house is based on local knowledge.

Edited to add: The screenshot you have added looks similar to the easterly departure from 35L. 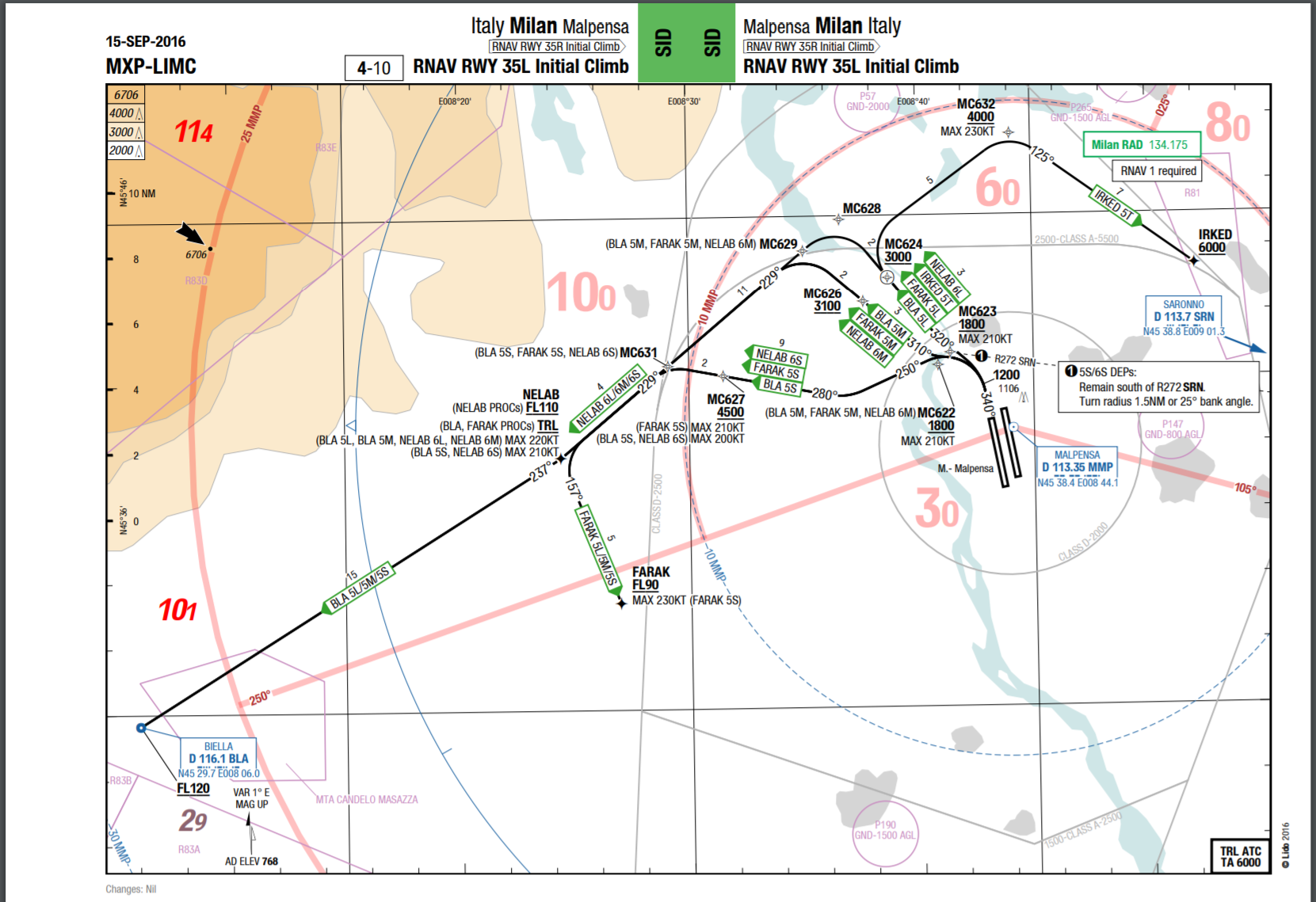 However, as pointed out in comments, the actual departure of that flight was from 35R, so the SID followed is likely to be the one later on in the linked PDF (pp 23-onwards).

Not the answer you're looking for? Browse other questions tagged airways or ask your own question.

10
How can I find traffic patterns that pass over my house?

0
Question about federal airways in Class E airspace going from 5500 MSL(USA)
0
Is it possible to file for a flight level ABOVE an Airway altitude limitation (for high en route airways)?