To prevent an XY problem, here's the context:

A striking feature of the 777 is how small and thin its tail fin is compared to the 747.

When I asked about this many, many years ago, someone told me it's because of the 777's fly-by-wire, which makes better use of small fins. But I started to question that recently. 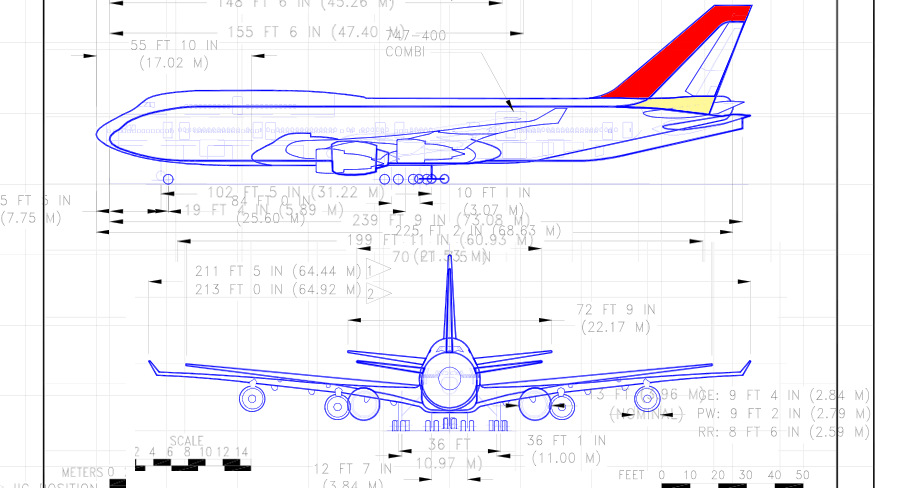 Above are overlaid scaled drawings (747 and 777). Right away the engine placement seemed to provide the answer: one engine inoperative (OEI) controllability.

So, back to square one.

Of course there's the upper-deck (hump) of the 747; if that is one of the main reasons for the bigger tail, then it still does not explain how the A340 (-500 and -600) manages its OEI by having a smaller tail and more outboard engines compared to the 777.

Is it really fly-by-wire that permitted the smaller fins (area and thickness) of the A345/6 and 777?

One possibility that came to mind is perhaps the use of asymmetric spoilers when an extreme yaw is commanded – which can be seen in the linked A340 video at one moment (before/after the ailerons showed big deflection without the use of spoilers). Of course that presents its own problem: the accompanying roll (and with the video's low-quality and lack of telemetry, it is not really evidence).

After much google-fu, for the 777 it's an astounding yes (that someone was right after all).

From a 1996 ICAS paper (see PDF pages 2, 4, and 5) about the 777's innovations, the use of relaxed stability and FBW laws indeed helped reduce the tail area and its weight: 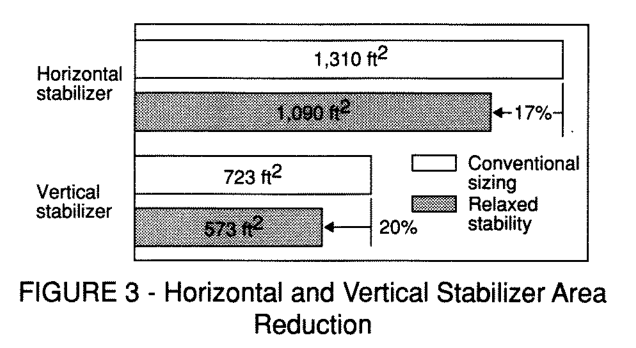 The paper mentions a wheel/rudder crosstie. The wheel here being the yoke. Before the 777 Boeing sized the tail based on controlling an in-flight engine-out using only the yoke. This digital crosstie allowed the smaller fin:

The even smaller fin of the quad-A345/6 remains open.

It turns out my guess had merit. The A340 does use the roll surfaces to supplement the yaw:

The flexibility of fly-by-wire was used to optimize the VMCG speeds. In fact, the rudder efficiency was increased on the ground by fully and asymmetrically deploying the inner and outer ailerons on the side of the pedal action as a function of the rudder travel: the inner aileron is commanded downwards and the outer aileron complemented by one spoiler is commanded upwards.$^1$ 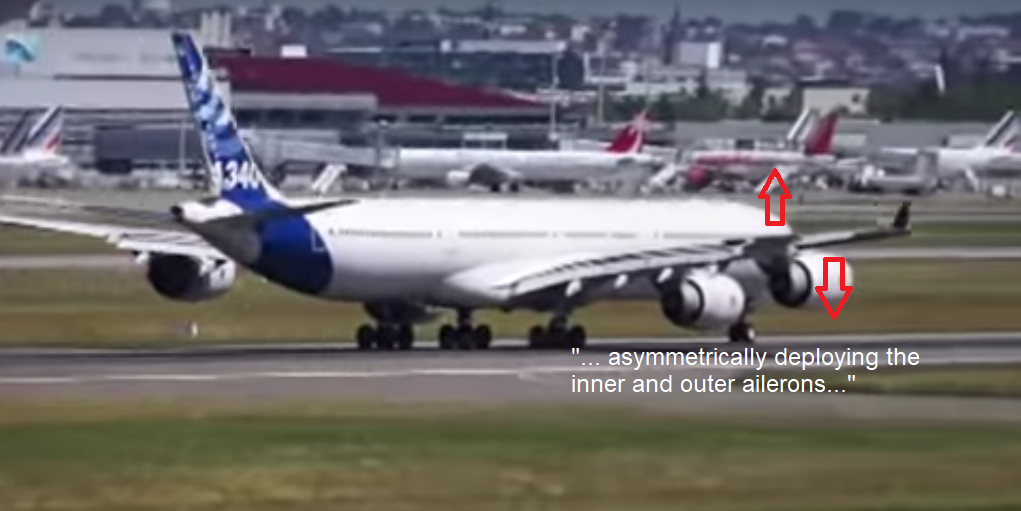 Note: either the author mixed inner with outer, or Airbus updated it since or flipped them for the -5/600, either way, it doesn't change the answer.

Active surfaces are more effective in providing stability than passive surfaces are. If the vertical tail could be an all movable surface, it would be even smaller than that of the A340.

If the vertical tail was all movable, it could counteract the OEI moment with zero angle of sideslip, and therefore could be smaller. Of course, there are much higher demands on redundancy since all electronics and power actuation hardware must be in operation, whereas the fixed vertical tail just compensates passively.

Strictly speaking you don't require FBW for this, the compensating rudder deflection can be provided by the autopilot input circuit of conventional mechanical cable control as well. But this actuation hardware must then be functional within the demands for avoiding catastrophic failures.

No. Rudder authority on these airplanes is a function of yaw power requirements in the worst case asymmetric thrust condition and fin size is related to that and also related to the natural yaw damping (weathervaning) characteristics that are desired. Whether it's FBW or not is irrelevant, except insofar as the FBW system can help out with yaw control during engine outs. Regardless of the type of control system, the surface area needed is the surface area needed.

In any case, outside of engine failure cases, most rudder systems are already "fly by wire" even if they are traditional cable operated systems, during normal operation. The yaw damper system, that pretty much all transport aircraft have, operates the rudder independently of pilot input in response to yaw deviations as sensed by accelerometers, and this takes care of aileron adverse yaw as well as yaw motions and dutch roll tendencies that may result from yaw motions induced by turbulence.

Yaw dampers usually have about 1/3rd of the total rudder movement available and operate continuously in the background during flight. The pilot has feet-on-floor when in the air and doesn't have to actively coordinate flight with rudder. The rudder pedals are only touched while in flight if an engine quits.

7
Why would a stretch variant need a larger horizontal stabilizer?
15
How controllable is the 737 in single-engine manual-reversion flight? Is it controllably landable (or go-around-able) in this condition?