How many crew does a P-8 operate with?

Iran refrained from shooting down a U.S. plane with 35 people on board that was accompanying the downed drone in the Gulf, a Revolutionary Guards commander said on Friday...

Amirali Hajizadeh, head of the Revolutionary Guards aerospace division, was quoted as saying by Tasnim news agency: “With the U.S. drone in the region there was also an American P-8 plane with 35 people on board. This plane also entered our airspace and we could have shot it down, but we did not.”

I thought the P-8 had a crew of about 12 or so. I thought two or three were flight crew, and the remainder were technicians working with the electronic warfare packages. 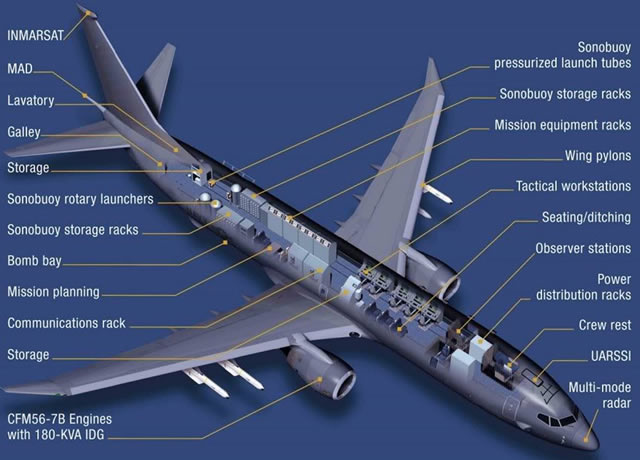 Not the answer you're looking for? Browse other questions tagged military seating-capacity or ask your own question.

8
What does the crew of a long range miltary aircraft eat during a mission?
6
Does the USA government operate any business-jets with mid-air refueling capability?
7
Were WW2 American fighters designed to operate from dirt airstrips?
6
How does airspace work with the navy?
2
How many variations are there of the Avro Lancaster?
29
What features enable the Su-25 Frogfoot to operate with such a wide variety of fuels?
24
What is this aircraft with a crew member in an exposed nose compartment?