What is the difference between VFR Flyways, Corridors and Transition Routes?

What is the difference between:

I can find a Flyway chart on the reverse side of the TAC chart and also Transition Routes in the TAC chart. But where can I find a VFR Corridor chart? I Googled it, but there’s nothing.

These are the most loosely defined, and can be found on a TAC (Terminal Area Chart) as shown below. They suggest general routes and altitudes near busy airspace to keep VFR traffic out of restrictive airspace. This is one answer to the question of how pilots know if they are inside controlled airspace or not.

A corridor is a section of airspace that has been cut out of more restrictive airspace, like Class B, to allow VFR traffic to transit without explicit clearance. There will often be suggested altitudes and frequencies to prevent conflicts. Below you can see that there is a hole in the KSAN class B from 3300 to 4700 ft AMSL. 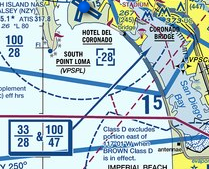 These are also found on the TAC as shown below and are charted routes for VFR aircraft to fly through more restrictive airspace. They will require contacting ATC, but provide a route for pilots to quickly request and then fly to avoid having to take a longer route around the area.

Sometimes the basic provisions above aren't enough and the FAA defines a Special Flight Rules Area (SFRA). This defines special procedures and requirements for operating in the area. An example is the Los Angeles area where pilots are allowed to fly through the Class B without contacting ATC as long as they follow certain requirements. 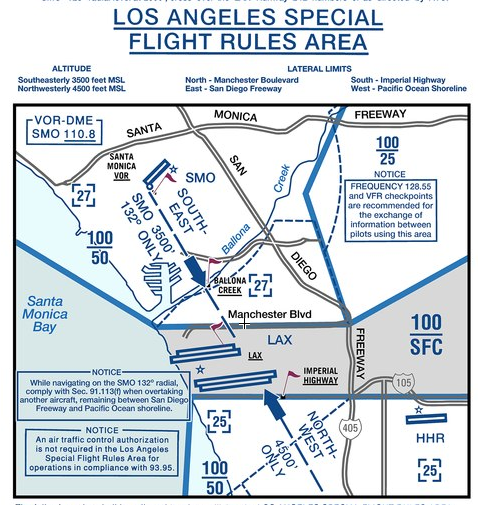 Not the answer you're looking for? Browse other questions tagged airspace aeronautical-charts visual-flight-rules or ask your own question.

26
When flying VFR without GPS, how do pilots know if they are inside controlled airspace or not?

8
What is a red airway on the VFR sectional?
7
Where can I find the information from the back of a TAC if I don't have a physical copy?
1
What is the main difference between Class C and B Radar Service?
8
What is the difference between Marginal VFR (MVFR) and Special VFR (SVFR)?
4
Where does one request a VFR transition route through class B?
7
Where can I find the active time of a MOA on the VFR chart?
8
On old sectional charts, what was the purpose of the domestic ADIZ regions and what was the difference between a “Defense Area” and an “Open Area”?
0
Clarification on the SEA-TAC VFR map
5
When filing a VFR Flight Plan, where/how do you include intent to use a Class B transition?