Has a life raft ever been successfully deployed on a modern commercial flight?

Has a life rift ever been successfully deployed in the event of an air accident involving a commercial aircraft?

For the purposes of this question a "life raft" is an inflatable device designed specifically and only to be used as a life raft and normally stored inside the aircraft, not some multi-purpose or makeshift device.

In short I'm asking about the rafts often seen stored away on commercial flights. The raft may have been used on rivers or the ocean. 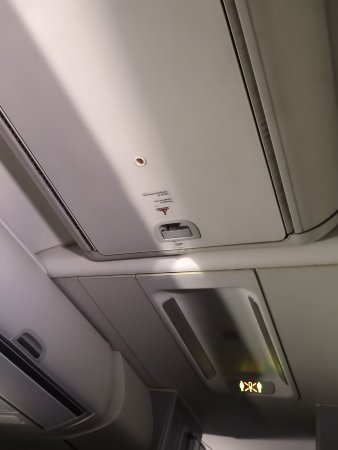 (Image source) A Boeing 737 ceiling compartment where such raft can be stored. 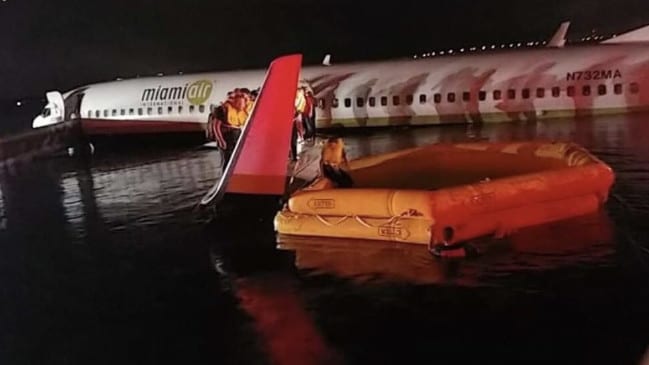 Passengers used rafts to get off the plane; news.com.au

More than 140 passengers have managed to escape from a plane crash as a Boeing 737 jet slipped off a runway and into a river. (news.com.au)

There is a list on Wikipedia for water landings, not counting non-jet and not counting overruns, and by checking photos, it seems none used cabin-storable-rafts. The accident shown and linked above is a runway overrun (although it was not excluded from the criteria listed).

This article also confirms the rafts came from inside:

Eric and the pilot wrestled one of the six life rafts out the forward cabin door, down the evacuation chute [i.e., slide] and into the water.

For a historical example:

On 22 November 1968, a DC-8 flying from Tokyo-Haneda to San Francisco accidentally undershot the runway at its destination by quite a bit and ended up in San Francisco Bay.

The 107 passengers and crew on board, none of whom were injured, evacuated the aircraft into five of the aircraft's seven liferafts:

Two liferafts were stowed in ceiling compartments over the aisle adjacent to rows 1 and 2.

Five 25-man liferafts were stowed in ceiling compartments in the aft passenger compartment. Three of these were in the area of the over-wing exits over the aisle seats at rows 12 and 14 and two in tandem were over the aisle at row 31, the last row of seats, and just aft of this row. [Page 22 of the report, numbered as page 20.]

The two forward stowed liferafts were removed from their compartments. One was launched at the main door and the other was launched through the forward service door.

(My emphasis, and the passengers and crewmembers who evacuated from the forward doors and the left wing also disembarked into rafts; it's just that each forward door [and the left wing] had just one raft each, so, for these exits, there was no need to distinguish who got into what raft, unlike the situation with the right wing.)

15
What is that ceiling compartment of a Boeing 737?