Why did the AvroCar fail to fly above 3 feet? 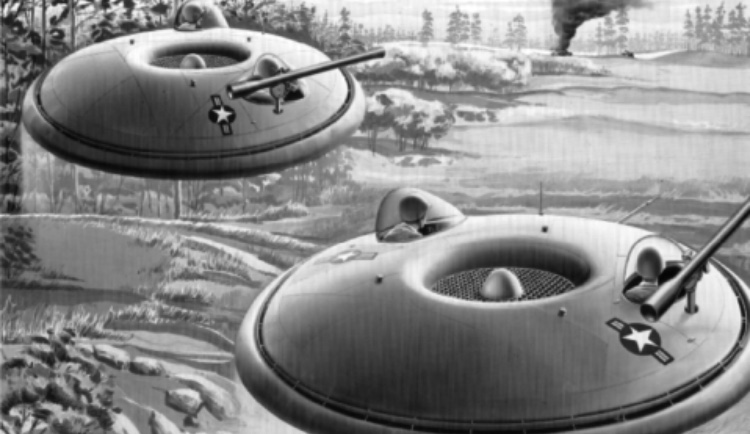 I don’t quite understand why the AvroCar didn’t reach more than 3 feet? Was it a ground effect keeping it at that height and it didn’t have the capability to fly higher?

From what can be gleaned from the Net, it was instability. The Avrocar had plenty of power but was unstable. The resulting behavior made it uncontrollable when leaving ground effect. In this publication I found an illustration which tries to explain what went on: 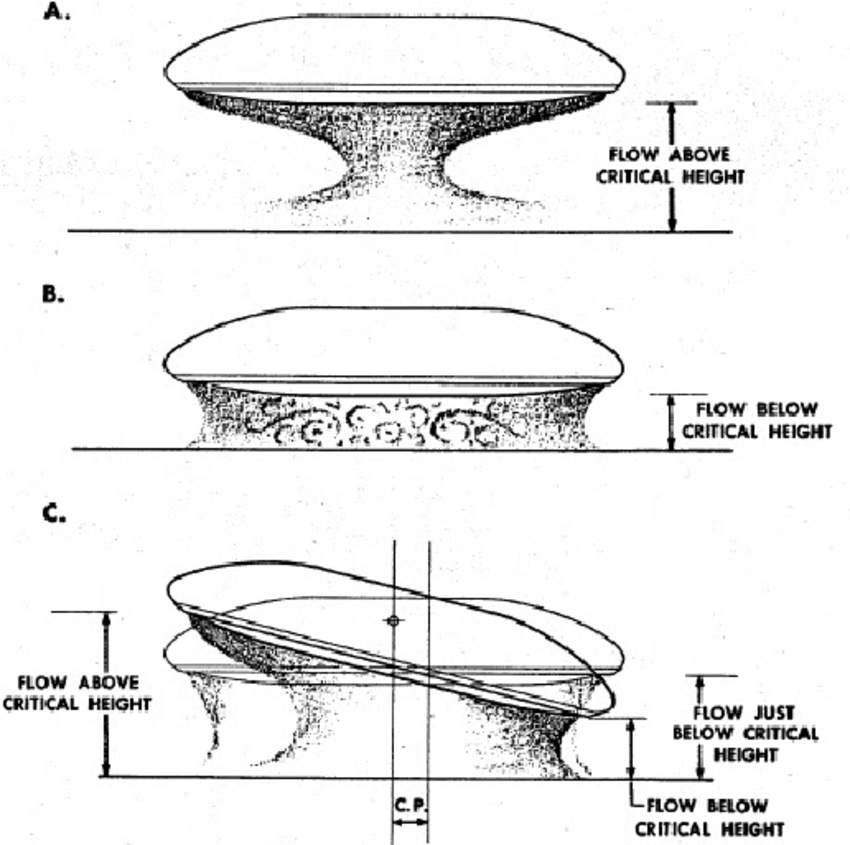 Any asymmetry in flow would shift the center of pressure, resulting in a wobbling motion called hubcapping (because it resembled the motion of a hubcap when dropped to the ground).

From the linked document:

On September 29, the ﬁrst attempt of sustained ﬂight was made with the Avrocar pinned to the ground by cables. After that the vehicle took off, an uncontrollable oscillation occurred with each wheel alternately bouncing on the ground. […] These ﬁrst captive ﬂight[s] revealed then a new problem, called “hubcapping” which has never been fully resolved. The hubcapping was rapid and unpredictable swings in pitch and roll axes.

Not the answer you're looking for? Browse other questions tagged experimental-aircraft or ask your own question.

3
What are the US regulations governing experimental aircraft?
5
Why did the YF-23 never enter service?
19
How can the Perlan II glider climb to 90,000 feet?
10
What is the procedure to turn a certified aircraft into an experimental aircraft?
4
Could the vertical stabilizer be removed on the NASA X-57?
1
What rotors would be best for atmospheric reentry?
3
Would “Mad” Mike Hughes' steam-powered rocket have been certified airworthy by the FAA?
2
What are the disadvantages of a Tail providing lift? (tandem-wings included)
2
Could a wing be designed to exploit both normal flying and ground effect?