Why was the An-225 built when the VM-T Atlant already did the job?

The Soviet Buran program decided to use a carrier aircraft to move their orbiter and Energia tanks similarly to the American Shuttle Carrier Aircraft. However, the Soviet Union built two types to do the job.

The famous An-225 project was started early, but they also decided to build a backup aircraft based on a Myasishchev 3M bomber. This aircraft, the VM-T Atlant, was finished much earlier. Since the An-225 wasn't ready yet the Atlant played delivery truck for the initial and only Buran launch.

Of course the An-225 is much more capable than the Atlant, but if the Atlant can do the job why go through the effort and expense of developing a second massive airplane? 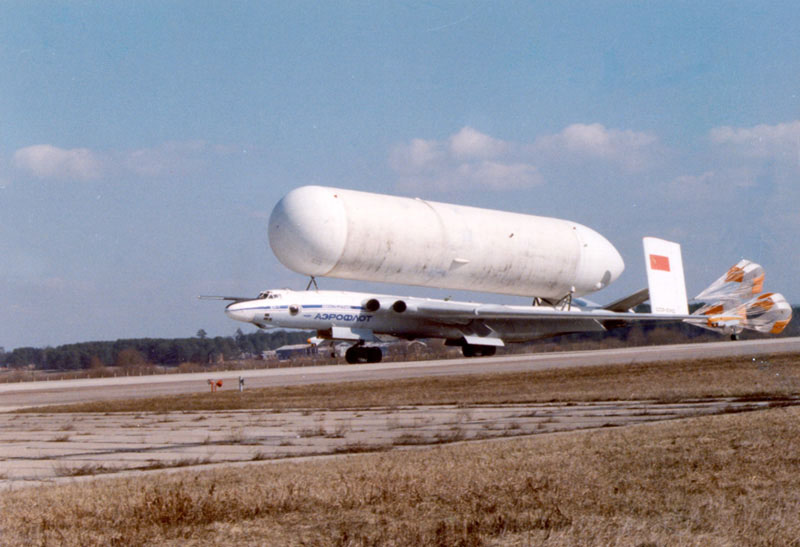 Further reading on the VM-T Atlant.

As you can see in the second photo, the VM-T was unable to lift a fully-assembled Buran. The VM-T max payload is 50 tonnes, a Buran weighs on the order of 80 tonnes.

So for the VM-T flights they had to strip the Buran to get the weight down, including removing the tailplane.

The An-225 could lift a fully-assembled Buran, but was not ready in time, so they used the VM-T as an interim solution.

Not the answer you're looking for? Browse other questions tagged aircraft-design aviation-history antonov-225 soviet-union or ask your own question.