Do ailerons on opposite wings move together?

It seems nicely symmetrical that opposite ailerons would be locked togther, so that when the left wing's ailerons move up, those on the right wing would move down, by the same amount and at the same speed.

Is this in fact generally the case on aeroplanes? Or can they be moved independently, or at different rates or to different positions (and what advantage would that offer)?

On most general aviation airplanes, and other cable-controlled aircraft, they move together and for that matter are cross linked to the same physical cable. You can see this nicely on the control diagram for the B-24 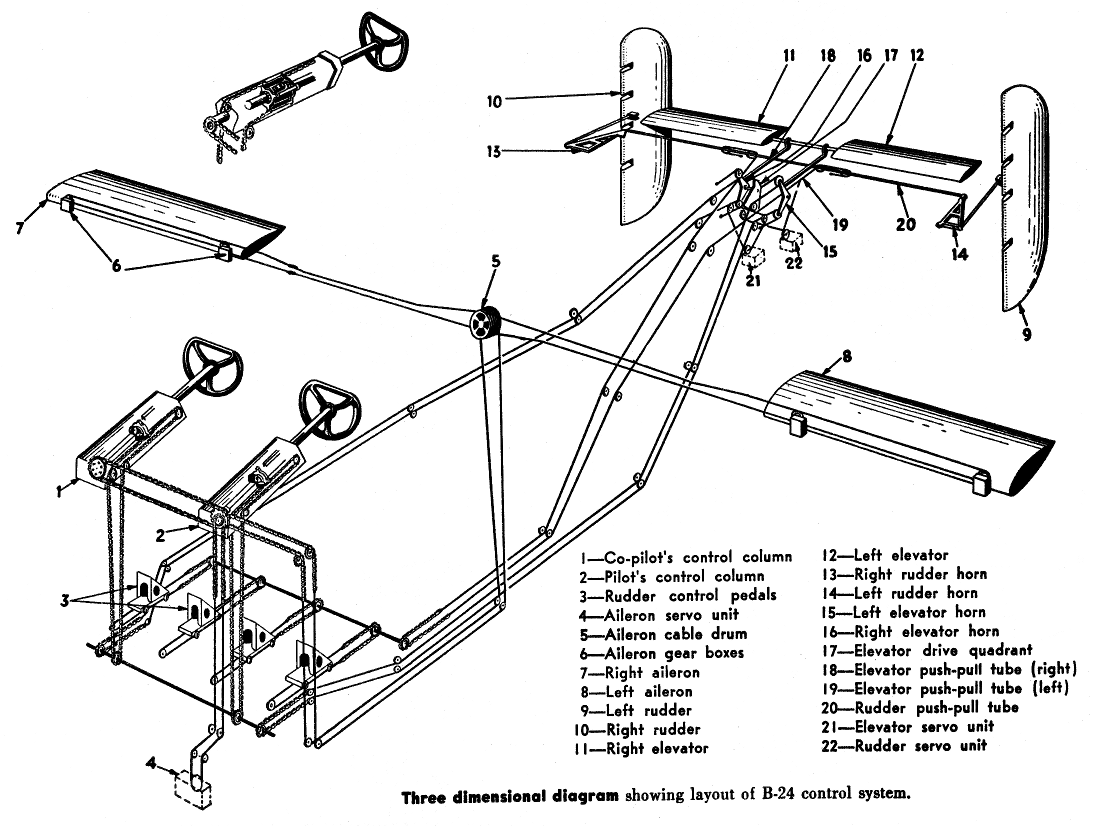 Some ailerons are designed to counteract adverse yaw and may move such that they are asymmetrical to the flow over the wing.

1) Differential Ailerons: One aileron is raised a greater distance than the other aileron is lowered. The extra upward aileron movement produces more drag change than an increase in AOA on the downward aileron. This produces an increase in drag on the descending wing, which reduces adverse yaw.

2) Frise Ailerons: The aileron being raised pivots on an offset hinge. The leading edge of the aileron is now pushed into the airflow, creating drag and reducing adverse yaw. In this case, frise ailerons are using form drag to counter induced drag.

But not all aircraft contain such systems. Fly-by-wire systems are theoretically capable of deflecting any control surface as they see fit and may not move symmetrically but generally speaking their direction of movement is opposite. Some fly-by-wire aircraft even have split ailerons which may see parts of a give aileron deflect differently. This answer covers that quite nicely.

If you really want to go back, the 1912 Farman HF.20 had single action ailerons that only deflected downward and were pushed back into position by the airflow. I would say (if these count as ailerons) that they do in fact not move in tandem. There were some other early designs covered here that worked a bit differently than modern ailerons.

As for your second point, aircraft that have elevons, which serve as both the elevator and the aileron (mostly delta wing stuff like the Concorde and other high speed airframes), can move the surfaces in the same direction. Generally other surfaces are employed for the use case of needing to move both ailerons in the same direction (speed brakes).

I saw a power glider (maybe an SF-28 or an RF-5) where the ailerons moved with a different rate.

The reason was an effect whose German name translates to "negative turn effect", but I don't know the correct English word for it:

If you operate the ailerons to the right, the ailerons work in a way that the left wing produces more lift and therefore more air resistance than the right one.

The power glider I have seen was built in a way that the left aileron only did a much smaller motion then the right one when putting the stick to the right. By doing so, the right aileron worked like an air brake so the air resistance of both wings was nearly equal and there was no "negative turn effect".

There are airplanes that use "flapperons":

This means that the same part is used as flap and as aileron.

Being used as flaps, the flapperons move in the same direction; being used as ailerons, they move in different directions.

Moving the aileron down increases the wings camber and therefore lift, which also comes with drag. This drag produces a yawing effect opposite to the desired turning direction. This is known as adverse aileron yaw, and needs to be overcome by coordinated use of the rudder when banking.

There are a few different ways of reducing this adverse yaw, the most common of which is known as differential ailerons. This is where the aileron that deflects up has a greater range of movement than the one that deflects down, reducing the drag on that side for the same banking force.

On a side note, airliners don't use ailerons at all at high speeds, because doing so will twist the wing. Spoilers are used instead for roll control in cruise as they are closer to the wing root, thus providing less twist. They operate only by deflecting up on the one side.

31
Why do some aircraft have multiple ailerons per wing?
9
How do the uninterrupted and interrupted flaps compare?
2
How much could you increase lift using ailerons alone?

8
Why is there a difference between aileron upwards and downwards deflection angles?
1
How much do aileron on a commercial airliner move for manoeuvring and trim?
7
What happens if the gust alleviation system on an A380 fails?
9
Can variable incidence wings replace ailerons?
4
Do high-speed ailerons help with the roll rate control in non-FBW?
6
Why does the A320’s maximum allowable aileron deflection decrease, rather than increase, when the flaps are extended?
3
What is the term for an aileron that’s also used as a ground spoiler?
1
Is this how ailerons are actuated?
5
How are the 737’s elevator and aileron cables attached to their control tabs without impeding the control surfaces’ motion under hydraulic power?
5
Why doesn’t the A320 have any provision for manual aileron trim?