Could this helicopter's body be a flying wing?

This question: Could a helicopter fly like a plane this way? asks if a helicopter can turn sideways using additional wings to tip forward to allow the rotor blades to act as a propeller. The tail-setter and other types of planes came up as answers. Similar to the tile Setter their first function of this aircraft would it be to hover then to fly as a plane.

Would this model helicopter with a body shaped of a flying wing be able to fly at a 90 degree angle and at a 90 degree twist transferring lift from the rotor blades to the body?

I have sketched out a picture below on how on might and apologize for imperfections. The body could be longer to create more wing span. 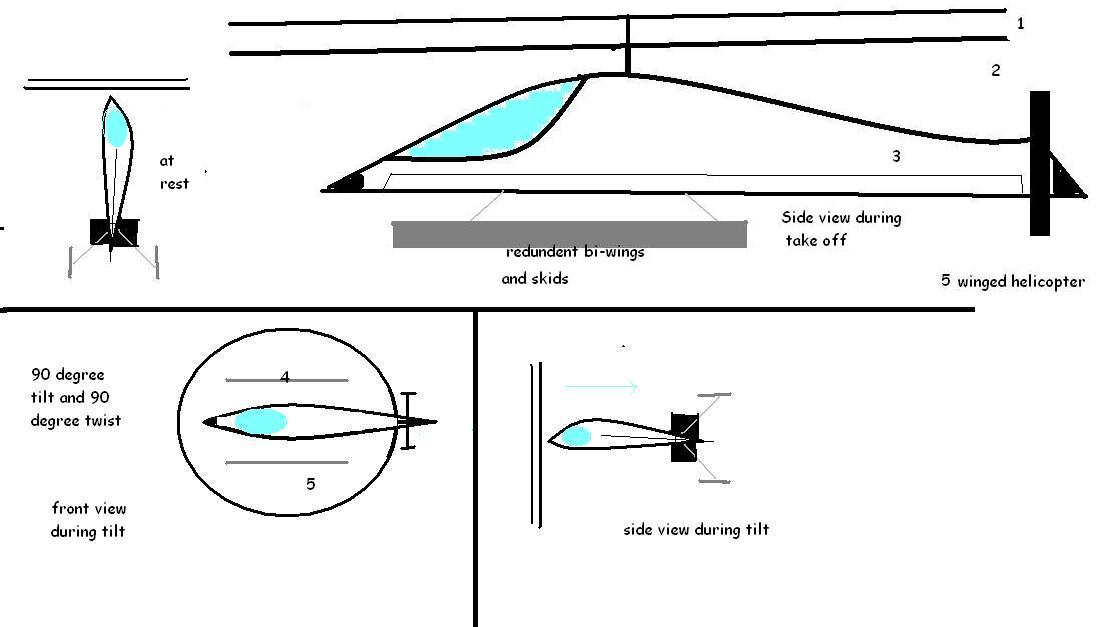 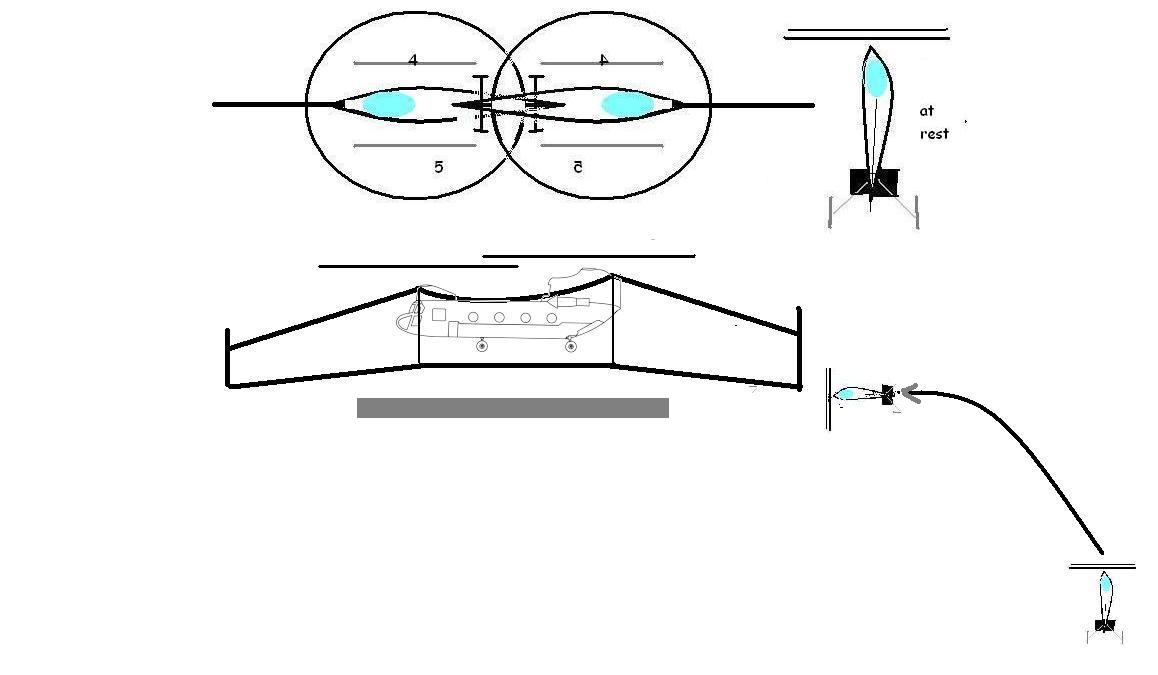 The pilot would need a special seat or controls to adjust for tilt but they would enter it like a normal helicopter. Could this model fly, keep maneuverability and feel of a helicopter foremost?

The pilot would only need to dive Rotor head first to allow the body to serve as a wing.

No, you need sufficient wing span to produce lift without excessive induced drag.

Induced drag is an unavoidable side-effect of producing lift over a finite span. It decreases with wing span, and with dynamic pressure (which in turn grows with density and square of speed; indicated speed is a square root of dynamic pressure). So at slow speed, you need considerable wing span to generate lift efficiently. This applies also to helicopter rotors, which is why they have such large diameters.

Since the other component of drag, form drag, increases with dynamic pressure and cross-section, the optimal wing span decreases with speed. But even jets still have quite high aspect ratio (square of wing span to wing area). Flying bodies without much any wings only become efficient well into supersonic area—and keep in mind that anything resembling a propeller (including tiltrotor) is limited to subsonic.

Not the answer you're looking for? Browse other questions tagged aircraft-performance helicopter experimental-aircraft or ask your own question.

10
What kind of Chinook helicopter/airplane hybrid is this?
0
Could a helicopter fly like a plane this way?

7
Can helicopters perform the Split S maneuver?
4
Can a contra-rotating helicopter simply tilt its entire rotor set instead of using a cyclic?
0
Could a helicopter fly like a plane this way?
2
Could a rotor head wing be plausible?
0
Are there any helicopters with tail rotors where slip-skid ball may be centered even when fuselage is streamlined to the airflow in cruising flight?
4
Why do helicopters not flip when using cyclic pitch control to move?
5
Can any helicopters use negative collective to descend rapidly?