Do leading edge flaps increase the critical angle of attack?

So from my understanding, trailing edge (TE) flaps increase wing area + camber, effectively increasing the coefficient of lift for a fixed AOA which leads to higher lift at a fixed airspeed and AOA. This allows an airplane to fly at lower speeds + lower AOA to maintain lift.

But does the same also apply to leading edge (LE) devices like slats or flaps? I know that a slat moves to allow underside air to flow over the top and prevent airflow separation, leading to a higher critical AOA. Do LE flaps also increase the critical AOA? Also, it seems that both slats and LE flaps affect the wing camber, increasing it. Does this mean that their deployments lead to higher coefficients of lift for a fixed AOA like with trailing flaps?

Yes leading edge devices indeed postpone stall to a higher Angle of Attack. They are particularly useful for: 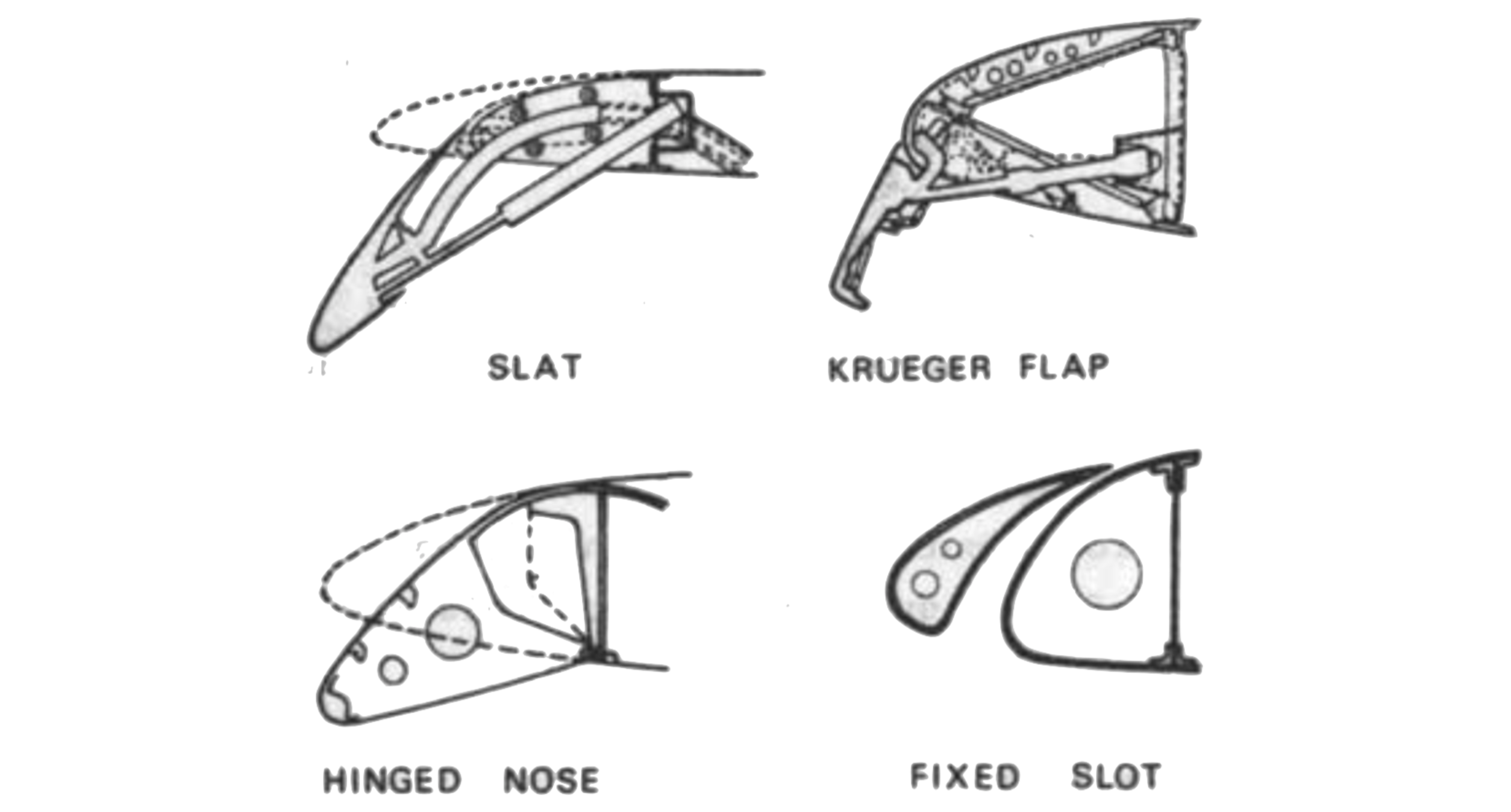 Image source and source of info below

The four main types of leading edge devices are:

The picture below plots what happens upon deflection of flaps (left) and slats (right). Flaps increase lift for a given AoA, but reduce critical AoA. Deflection of leading edge devices does not result in increase of lift at an AoA, but postpone the critical AoA - in order to obtain more lift, the AoA needs to be increased.

Not the answer you're looking for? Browse other questions tagged aerodynamics high-lift-device or ask your own question.

9
What is the difference between a leading edge flap and a slat?

18
Why do slats deploy first?
5
What are the differences between a slot and a slat?
1
What happens to the pressure differential of airflow under and over the wing as the critical angle of attack is reached?
4
Does the extension of trailing edge flaps increase or decrease the critical angle of attack?
2
Why are Leading Edge Flaps (LEFs) create lift while down at slow speeds but decrease lift while down at higher speeds?
4
How does the position of the center of pressure change with the use of different high lift devices?
3
Deployment of leading or trailing edge flaps - increase or decrease the angle of attack and critical angle of attack?
1
Does the quarter-chord-angle rule still hold for wings with very long chords or large differences between leading- and trailing-edge sweep angles?
3
Why do fixed slats have a cusp?