I understand that during an ascending or descending turn the angles of attack of the inner wing and outer wing are different.

Imagine an aircraft in a 45-degree-banked constant-altitude turn. Now imagine that the pilot gradually adds more and more power and the aircraft gradually enters a steeper and steeper climb until it is climbing almost straight up. Can you see how to maintain a constant bank angle, the aircraft must actually roll toward the high wingtip? As the climb angle gets steeper, the maneuver gets closer and closer to resembling a vertical rolling climb, with the direction of roll being toward the wingtip that was originally the high wingtip in the constant-altitude turn.

"Fly" through the maneuver with your hand or with a little hand-held model airplane until you understand this.

Note that while our thought experiment involved a continual increase in climb angle and climb rate, the basic dynamics we're talking about are present even in a climb at constant angle and rate. In a climbing turn, an aircraft must continually roll toward the high wingtip to hold the bank angle constant. Otherwise the bank angle will increase. It's not a matter of aerodynamics, but rather of three-dimensional geometry.

"Fly" through the descending turn case with your hand or a little hand-held model airplane until you understand that the extreme case of a constant-bank descending turn is a vertical rolling spiral, with the direction of roll being toward the wingtip that was originally the low wingtip when the plane was turning with a constant altitude or with a less-than-vertical dive angle.

As a footnote, you can see how aerodynamic "damping" in roll -- the tendency for the roll rate to decrease-- exerts a destabilizing influence in a climbing turn, tending to make the bank angle increase. In a descending turn, aerodynamic "damping" in roll tends to make the bank angle decrease. This is very noticeable in some applications, such as powered hang gliders and trikes.

As another footnote, understand that we are speaking of "ascending" and "descending" relative to the surrounding airmass-- an unpowered glider spiralling up in a thermal updraft is still in a "descending" turn for the purposes of this discussion.

As yet another footnote, we can observe that it is easy to see how the bank angle can change when we pitch up with zero roll rate, in some version of a chandelle or wingover for example. It is harder to see how bank angle can be constant and roll rate can be non-zero in a climbing or diving turn, but it's true, as illustrated in the video links given above. Again, it's fundamentally a matter of 3-dimensional geometry, not aerodynamics.

In closing, here is a link to a diagram from John S. Dencker's "See How it Flies Website" that illustrates how a rolling motion creates a difference in angle-of-attack between the two wingtips. The diagram is not dealing specifically with the constant-bank case, and also it is really aimed at explaining "adverse yaw" which is a separate issue, but it still may be helpful-- https://www.av8n.com/how/htm/yaw.html#sec-adverse-yaw

For the moment let the AOB of the aircraft be zero, assuming it is actually in a flat turn (just ruddering it's way around). Stealing this answer from Reddit, best description I have seen (my bold emphasis below), Props to grizzleeadam

Think of a spiral staircase with an inner handrail and outer handrail. Both handrails must ascend the same vertical distance, however, the outer rail travels a longer distance over a more sweeping path, as it has a larger radius. This means the inner rail is shorter, and reaches the same vertical height in less distance travelled - it must have a steeper angle.

Now try to imagine the rails as the relative wind of a climbing airplane. If the inner wing laid flat across the inner handrail, due to the steeper angle of the inner rail, the outer wing would have a gap at the leading edge - this translates to a higher AOA on the outside wing in a climbing turn. 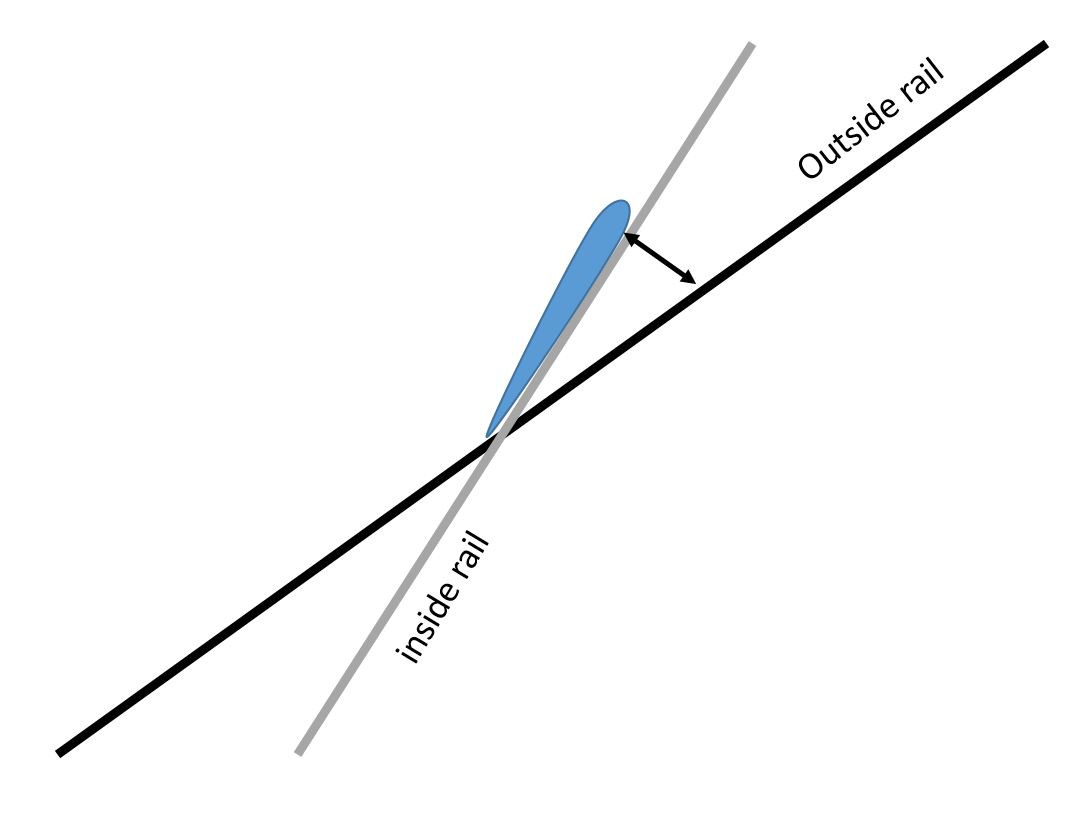 For a descent, the roles reverse, with the outside wing now having a lower AOA in the inside.

To accommodate a bank angle in understanding the problem, just shift the inside railing down.

Another picture. This time, I have a body fixed reference frame with the X axis out the nose, the Y axis out the left wing, and Z axis up (I know, should be flipped, but just looks better this way). The body fixed frame is embedded in an inertial frame with about 45 degrees of roll (picture the left wing going out the Y axis) and a little bit of pitch up. This is an aircraft in a climbing turn. The rotation vector in the inertial frame is straight up (dashed line). This rotation must be the vector sums of rotations about the X, Y, and Z axes. The amount of those rotations is just the projection of the rotation vector onto those axes (the thick black arrows). Because the nose is pitched up, there is projection onto the X axis, therefore there is roll. 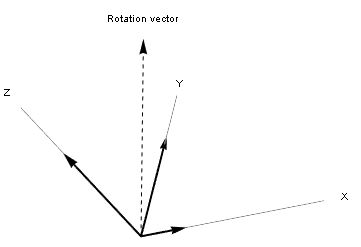 Not the answer you're looking for? Browse other questions tagged angle-of-attack or ask your own question.

2
What is the relation between the Lift Coefficient and the Angle of Attack?
0
Do wingtip vortices cause a decrease in the lift component of aerodynamic force, and do planes need to pull more AoA to compensate?
2
What is the difference between Angle of Incidence (AoI) and Angle of Attack (AoA)?
5
Are we changing the angle of attack by changing the pitch of an aircraft?
6
Does flying an airplane upside down imply negative AoA? Why?
13
Why are the angle-of-attack sensors on most airplanes mounted on the forward fuselage rather than at the wing roots?
8
Why aren't angle-of-attack data sanity-checked before being fed to other aircraft systems?
5
Why angle of attack is always shown against the relative wind parallel to horizon?
2
What is the reason for this discrepancy regarding the CRJ100/200's stickpusher-activation angle?