How can I overlay a VFR sectional on another map to identify features and landmarks?

How do I know which highways and landmarks on a VFR sectional align with which real-world features? Is there a way to overlay the VFR sectional map from the FAA on top of Google Maps or Bing?

Edit: I'm asking in relation to VFR flight in general where you are responsible for your own navigation, and not about a specific route of flight.

Seems to me you're going to be directed by SoCal approach that whole route per the routing shown in Skyvector.com, especially with the LAX Class B right there, and the TFR will be the last of your worries. Put your enroute and the final destination into your GPS (Foreflight or whatever), and be ready for deviations. 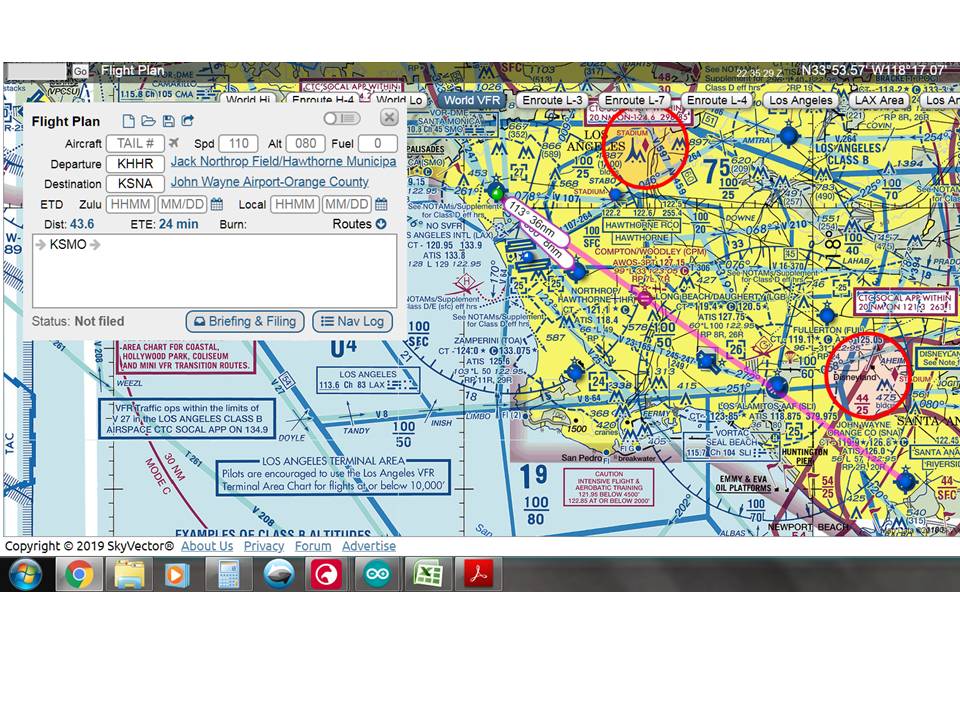 Not the answer you're looking for? Browse other questions tagged navigation aeronautical-charts visual-flight-rules or ask your own question.