During VTOL landings, do Harrier pilots cut power before touching the ground?

When vertically landing, do Harrier pilots cut power before they touch the ground?

Both the text and the diagram in Part III Normal Procedures confirm the opposite. Thrust is idled when "positively down". And not before. Which agrees with the dozens of soft landing videos on YouTube (base and shipboard alike). And as with shipborne helicopters, in rough seas the pilots wait for the pitching deck to catch up to them. Anything else would be an unlucky situation the pilot has found themselves in, but is not standard procedure. 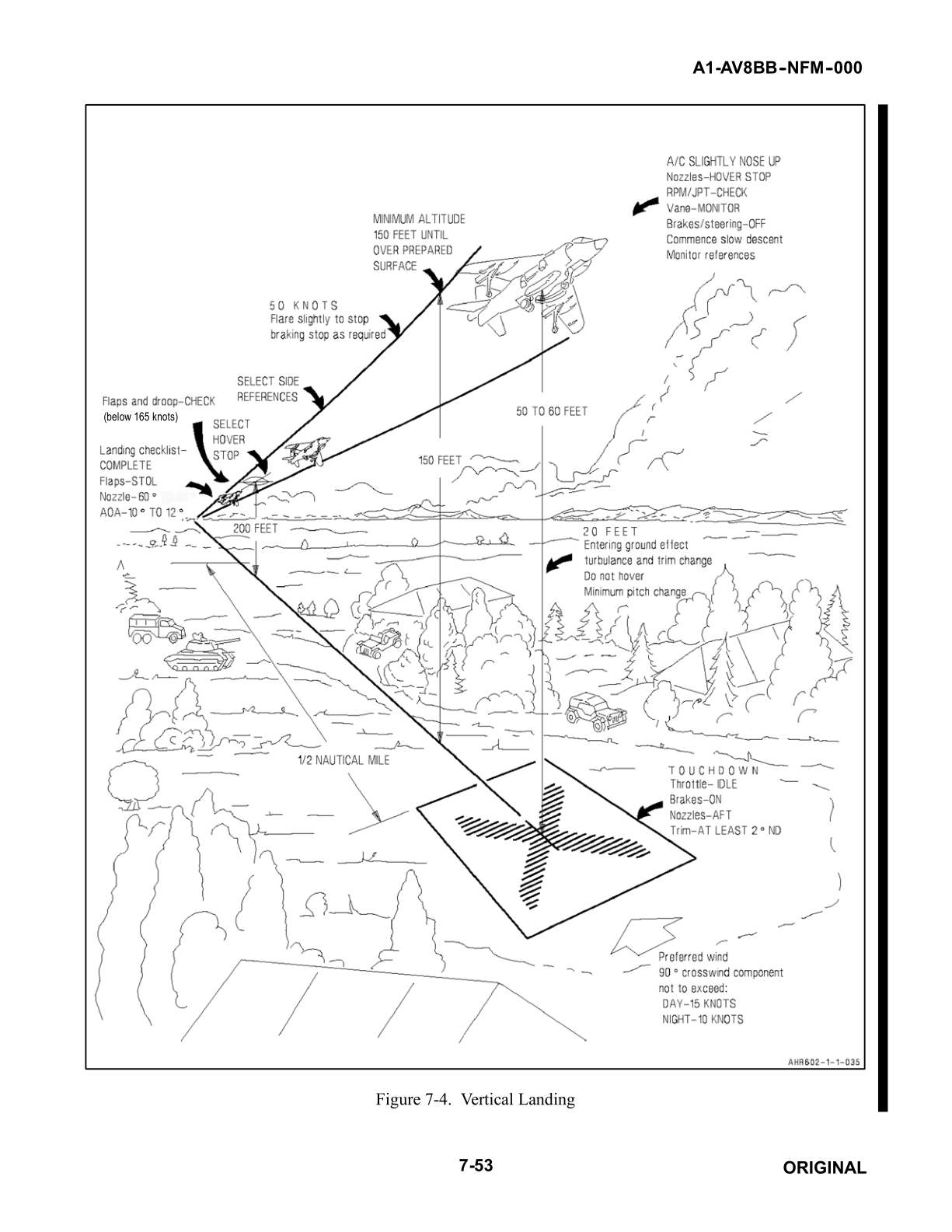 Moreover, before step 5 there is this note:

If strakes or gun pods are not installed some suck-down effect is present.
A power increase may be required near touchdown to prevent excessive sink rate.

The only mention of idling (i.e., cutting/chopping) is step 5 and the diagram.

Cutting the power just before touchdown in VTOL aircraft appears to be appropriate in certain circumstances. After watching 20-30 landings on Utube most where soft landings. However two landings on pitching ship decks appear to show the airplane's decent increase within a few feet of the ground consistent with the power being cut while in the air. 2:15 and 0:25

Not mentioned in the information below is the reduction of FOD and the tendency for the Harrier to spall and break up concrete in just a few seconds. - J. Zumwalt

Yes, Harrier pilots are known for ‘slamming’ their jets on the ground by cutting power in the last few feet. In fact, for a Harrier, a smooth landing is a scary landing.

The reason pilots cut the engines a few feet from the ground are primarily two:

1) To kill the high potential energy stored in the craft while it is hovering and prevent it from turning into kinetic energy which may render the craft uncontrollable. When the harrier is hovering in the air, the engines are working at a high power setting. The complete weight of the aircraft is thus balanced by the engines alone, since the lift component from the airfoil (wings) while hovering is zero.

2) To prevent the extremely hot jet blast from bouncing off the ground and getting sucked into the engine again, thereby damaging the engine.

They do cut power a few feet above deck, especially if the carrier is in rough water.

If the VTOL (F-35 included) carried full power landing onto the deck, the LG will take on some weight, and instantly the plane is overpowered and tends to rise up. The engine cannot spool down quick enough in that instance to prevent this “inadvertent takeoff”.

This condition is worsened in bad weather, as the deck is also moving up and down. So if the plane has full power on the way down and the deck is moving up, it will be thrust up into the air, possibly out of control.

So, it is best to cut power a few feet up so the plane sticks the landing and stays safely on deck while the engine goes to idle. And for a moving deck, pilots train for it, all a matter of timing.

The LG is designed for such “heavy landings”. - Joel Berson[

Harriers will drift side to side if the pilots sit hovering close to the ground for too long. It has Caused accidents in the past. So once the pilot is confident in his approach, they reduce power to mitigate the length of time in the zone where they may drift sideways because of the thrust rebound. - Megan Portero 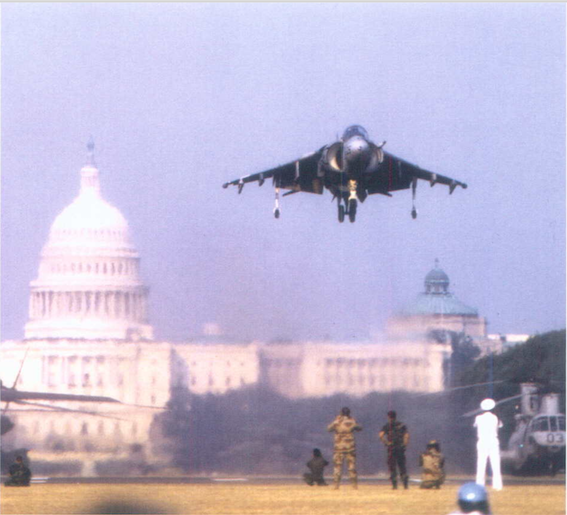 Just to add a bit to the difference of opinion in some of the answers above, an excerpt from The Jet Engine issue 5 by Rolls Royce, page 85 about STOVL aircraft with thrust vectoring nozzles:

Particular performance issues raised by this include the potential for hot exhaust gases to enter the intake - potentially leading to surge or stall - and the need for the engine to decelerate rapidly on landing. This requirement for a rapid deceleration is because, on a constant velocity vertical descent, engine thrust equals aircraft weight, and so when the aircraft lands it will tend to bounce and then rise at a similar rate.

Thrust has to be quickly reduced to prevent this, leading to potential surge of the low-pressure compressor.

They don’t. If you watch carefully they set power for a gentle descent around 1-2 ft/s then pull power to idle on impact with the deck. Cutting power in a vertical landing prior to touchdown either results in a really firm touchdown and possibly damage to the landing gear or airframe, depending on how high the pilot is prior to touchdown.

Landing a Harrier in s conventional manner on a runway is possible. The aircraft handling much like any other high performance fighter in the roundout.

Not the answer you're looking for? Browse other questions tagged landing vtol or ask your own question.

24
What to do when you accidentally land on a runway thats borderline long enough to land on?
11
Can airliners benefit from vertical take-off and landing?
9
Can a VTOL jet such as the Harrier enter a Vortex Ring State?
7
What is the typical procedure if an engine fails during a vertical takeoff?
5
Why do pilots cut the reverse thrust below 40 km/h?
16
Are landings easier during the day or at night?
3
Why does the US Marine Corps fly the Harrier, a VTOL or operationally STOVL aircraft?
1
How do STOVL and V/STOL aircraft differ?
1
Why does the DC-9's antiskid system have to be manually disarmed during landing rollout following a ground-shift-mechanism malfunction on takeoff?