What aircraft model is this that crashed?

Could someone please tell me what aircraft type this is? The crash happened very near to my flight school a few days ago and I want to know if it was one of their fleet that crashed. 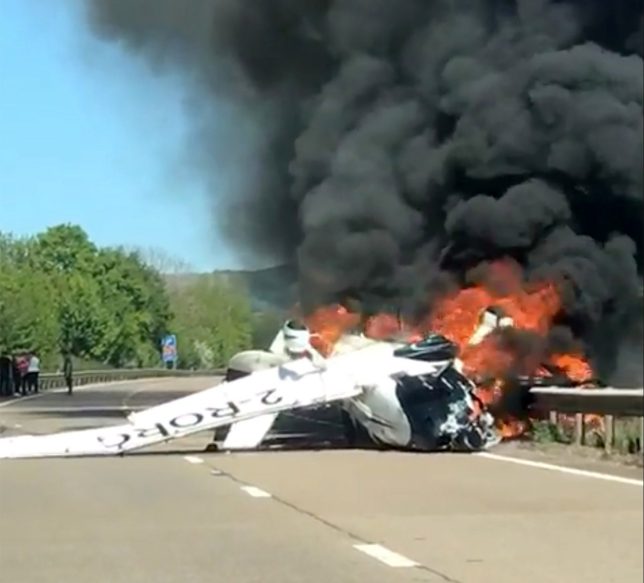 That was a Cirrus SR22T, registered in Guernsey as 2-RORO.

The registrar published a statement including the following information:

The Guernsey Director of Civil Aviation (DCA) and SGI Guernsey Ltd. (2-REG) confirm that an accident involving a Cirrus SR22T aircraft, registration 2-RORO, occurred on May 12, 2019 between Raglan and Abergavenny, Monmouthshire, Wales, United Kingdom. The accident aircraft had been registered in Guernsey since August 1, 2018. The three occupants of the aircraft were reportedly taken to hospital with minor injuries. No further casualties have been reported.

According to the Aviation Safety Network, 2-RORO was owned by Transport Safety Resolutions Ltd. On May 12th, 2019 it departed from Denham (EGLD) and crashed at the A40 in Monmouthshire, Wales, UK:

The aircraft hit some overhead trainwiring during a forced landing and impacting a main road between Raglan and Abergavenny, Monmouthshire, Wales. It was consumed by the post-impact fire. 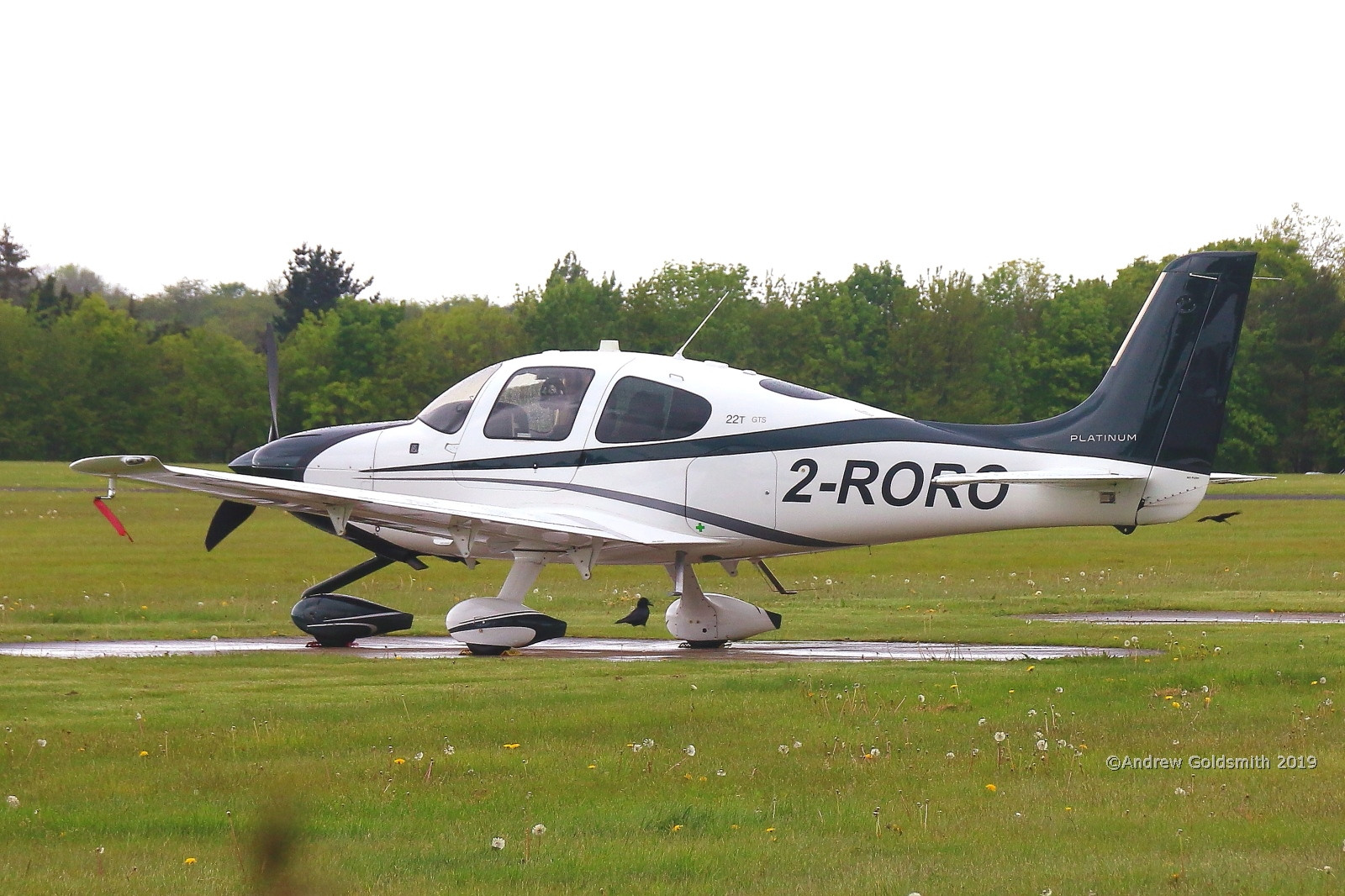 There was already an (only seemingly similar) event on the A40 between Raglan and Abergavenny in June 25th, 2016. A Piper PA-28 (G-SVEA) tried to depart from Abergavenny airfield - a gras strip just next to the A40. It stroke some trees, veered onto the highway and crashed into the central lane separation.

This is a Cirrus SR22T owned by Transport Safety Resolutions Ltd according to this list of the 2-REG Aircraft Registry.

12
What type are these planes that are flying in formation near Culver City, CA?
2
Could atmospheric effects cause a PA-30 to break up?
13
What aircraft did this canopy come from?
25
What happened to this airplane at Lombok Airport?
7
Which airplane is this lego model?
7
What is this aircraft from "Devil Girl From Mars" (1954)?
10
Did commercial air planes in 1972 really not have some sort of automatic distress call equipment?