As a drone hobbyist, is flying below the listed FAA UAS ceiling a violation of controlled airspace?

The FAA also has this interactive map showing where airspace restrictions on drones exist. 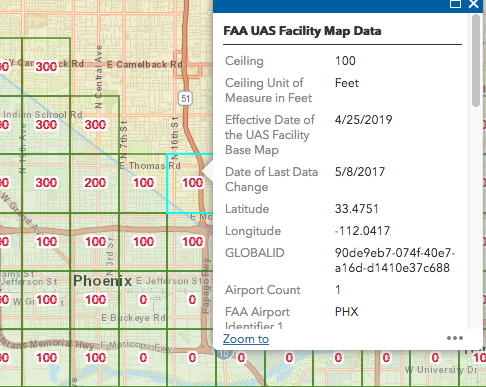 In the screenshot depicting class B airspace around PHX, it shows that there is a ceiling of 100 feet in the selected square.

Hobbyists cannot currently get permission to fly in controlled airspace due to the absence of LAANC. Is authorization required to fly a drone below 100 feet in this area, or can a hobbyist fly without authorization up to 100 feet since it's within class G airspace and the class B airspace doesn't start until 100 feet? Or, is this location "within the lateral boundaries of the surface area of Class E airspace designated for an airport," requiring authorization for that reason? 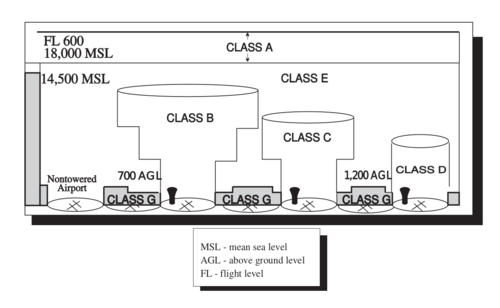 As a drone hobbyist, is flying below the listed FAA UAS ceiling a violation of controlled airspace?

Now read on for more:

In the particular grid square that is highlighted in the question, the LAANC pre-authorization system will only authorize a ceiling of 100'. But the questioner is mistaken to believe that the floor of the Class B airspace is 100' anywhere in that grid square.

The lower left corner of the grid square highlighted in the question has Class B airspace extending from the surface upwards. In that airspace, a recreational sUA flyer can not legally fly a drone without prior authorization. Since the LAANC pre-authorization system is not even operational yet for recreational sUA flyers, to legally fly in any airspace that is Class B at the surface, a rec SUA flyer would have to fly at a "blue dot" fixed site. "Blue dot" fixed sites are typically prescribed the same ceiling as the ceiling specified for the LAANC grid square in which they are located, which in this case would be 100 feet. No "blue dot" fixed site currently exists anywhere in the Class-B-to-surface airspace around Phoenix.

Once the LAANC pre-authorization system is up and running for recreation sUA flyers, a rec SUA flyer will be able to use that system to get pre-authorization to fly from the surface up to 100' AGL anywhere in the grid square highlighted in the question.

But does this mean a recreational sUA flyer is limited to a ceiling of 100' AGL if he or she is flying in a part of the grid square highlighted in the question that does NOT have Class B airspace at the surface?

No it does not.

And does the fact that LAANC pre-authorization is not yet available to recreational SUA flyers have any impact on recreational sUA flight in any point within a LAANC grid square if the airspace at that particular point, from the surface up to 400', is NOT Class B, Class C, Class D, Class E airspace that extends down to the surface and is "designated for an airport", or some other kind of restriction such as those shown by the heavy red markings on the LAANC map?

No it does not.

In all but the lower-left corner of the grid square highlighted in the question, the Class B airspace has a floor of 5000' MSL. Below that is Class E (E5) airspace down to 700' AGL and Class G airspace from 700' AGL down to the surface. In that airspace, one can legally fly a drone (sUA) up to 400' AGL with no prior authorization of any kind, either as recreational flyer or as a non-recreational flyer, despite being in a LAANC grid square.

However, if a rec SUA flyer doesn't fully understand the airspace system or how to read a VFR sectional chart, he or she would be wise to stay on the safe side and avoid any operations within any LAANC grid square until the LAANC pre-authorization system becomes operational for sUA flyers, unless he or she is flying at a "blue dot" fixed site.

The phrase "within the lateral boundaries of the surface area of Class E airspace designated for an airport" refers to Class E airspace that extends down ALL THE WAY DOWN TO THE SURFACE. More specifically, it refers to E2 airspace, but not E3/E3a/E4 airspace. To read more about this, visit this outside link to a forum for rc flyers-- "Understanding E4 airspace-- prior authorization not required".

No Class E airspace is present at the surface anywhere in the region depicted in the illustration accompanying the question.

Comparing that square to the same spot on the Pheonix TAC, to the southwest of the dark blue line is class B from the surface to 9000 MSL. To the northeast is class G from the surface to 700 AGL, class E from 700 AGL to 5000 MSL, and class B from 5000 to 9000 MSL. There is no "surface area of Class E airspace designated for an airport" here; Winslow-Lindberg (KINW) is the nearest example to Phoenix that I can find.

Since this square contains two (very) different ceilings, they appear to be giving you the more restrictive of the two for the whole square.

However, according to the regulation you quote, it seems like all of the squares inside the dark blue line should have a ceiling of 0 since the class B airspace starts at the surface, yet they do not. Perhaps there is a different regulation that covers those?

Not the answer you're looking for? Browse other questions tagged faa-regulations unmanned-aerial-vehicle class-e-airspace or ask your own question.

8
Is an ultralight aircraft allowed to fly near Class B airspace?
12
Which parts of class E airspace can an ultralight (part 103) fly in without prior ATC authorization?
8
May aerobatics be performed over a controlled airport without getting a waiver?
8
Can I choose whether hobbyist or Part 107 rules are more advantageous when flying a UAV for fun?
4
Does FAR 91.155c apply to class E surface extensions?
5
Is a mode C transponder required underneath Class C airspace?
11
What is the primary reason that the non-towered airports KACV and KTVL have E4 extensions to E2 airspace?
0
At what altitude, if any, may an ultralight overfly the Gallup airport (KGUP) with no prior authorization without violating FAR 103.17?
0
What indications has the FAA given that phrases like “surface area of Class E airspace designated for an airport” do or don't include E4 “extensions”?
4
How do I obtain permission to fly in surface class E airspace under FAR-103?