When is a procedure turn not required? [duplicate]

If you are not being radar vectored to the FAF or on a “no PT” transition, are there any other circumstances where a procedure turn that is depicted on an approach chart is not required?

First, I don't believe you need to be vectored to the FAF, just the final approach course, in order to forego a published procedure turn.

Also, you could be cleared "straight-in" when ATC gives you the clearance for the approach. It may seem subtle, but it makes a difference. Here is the definition in the pilot-controller glossary:

Another indicator I know of is notation on the MSA ring that declares a range of radials of approach as "No PT" such as this one. Note that the MSA and radius on both halves is the same, so the only reason it is split is to declare no PT on the southwest approaching side. 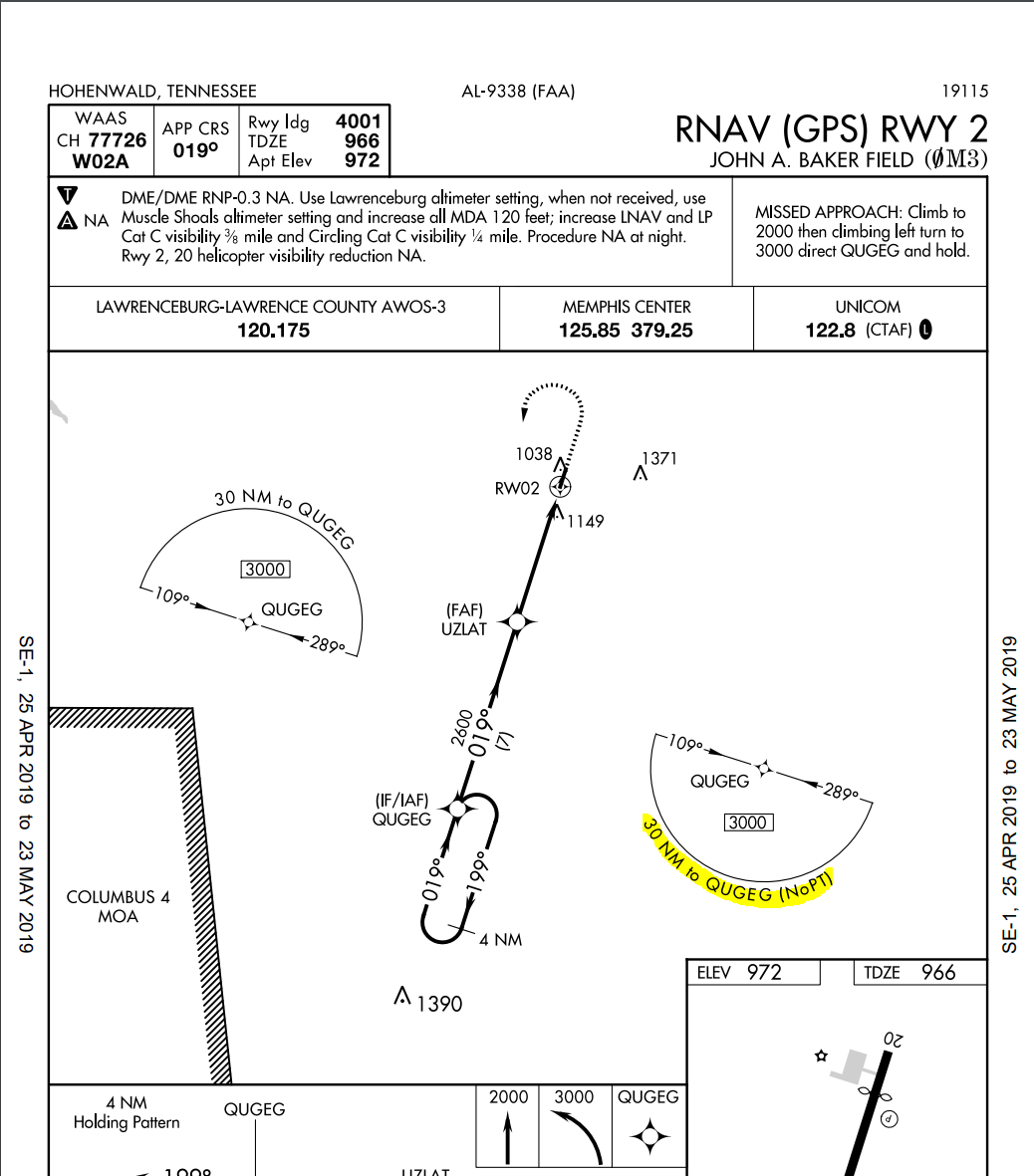 Not the answer you're looking for?Browse other questions tagged faa-regulations instrument-flight-rules or ask your own question.

19
When are procedure turns not required?