Why were early aviators' trousers flared at the thigh?

For example, these dapper outfits: 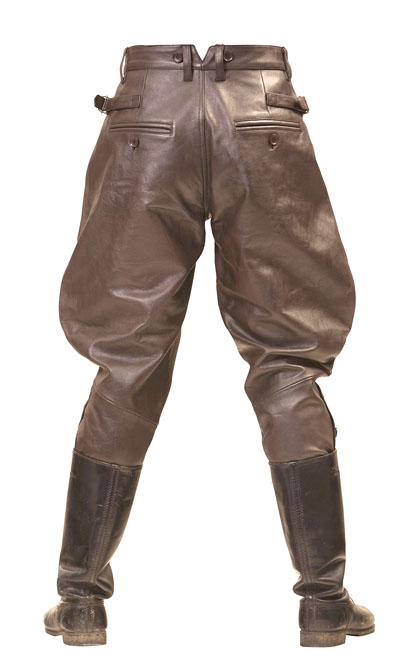 What purpose does the extra volume down to the knee serve? Why don't modern pilots wear similar jodhpurs?

It's not too hard to figure out. Wikipedia says Jodhpurs originated from India where they were part fashion and part practicality (the loose fit in the upper half for horse riding comfort) and evolved into the uniform of most western cavalry officers by the turn of the century.

And, in WWI, where did most, or at least a lot, of the pilots come from in the early days? Cavalry.

8
Were early military planes not pressurized?
14
Why did some aircraft use hand-crank instead of gravity for alternate gear extension?
11
Who was the first black person (in the world) to go airborne in an aircraft?
10
What is the largest aircraft that has been flown inverted successfully?
20
What is the smallest manned jet aircraft?
16
When were civilian aircraft first directed between aerodromes by air traffic control?
2
How much extra weight is added by strengthening a piston-prop fighter for carrier landings?
6
What is the largest (size) solid object ever dropped from an airplane to impact the ground in freefall?
40
Why is paragliding not an old invention?
6
What use was there for Boeing to include customer numbers in their aircraft model names, and why did they end this practice?