Recently, I was reading about the factors that contribute to roll stability of an aircraft and came across a point stating that the wing's vertical location (Distance of wing from CG) contributes to the roll stability of the aircraft. I cannot comprehend this statement completely and even if it did, How much of an effect does it truly cause when compared to having features like a wing dihedral? Any information and explanations would really help me understand this concept. 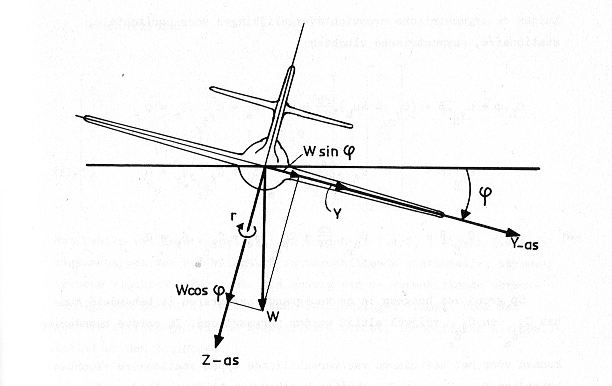 An aeroplane in a pure co-ordinated turn has a deflection of both the ailerons and the rudder. This is cumbersome however, much easier to only deflect the wheel, tilt the lift vector, and let the aircraft sway into the turn. The vertical tail will then experience a slip angle, which will point the nose into the direction of the turn at the expense of a small sway velocity: sideways.

So now the question is: how does the aeroplane react to a sideways incoming airstream. What we want is that if the pilot deflected the wheel to the right, he has to keep the wheel to the right to maintain the right hand turn. So upon an un-coordinated turn, without touching the pedals, we want the aircraft to try to level itself again upon an incoming sideways velocity. 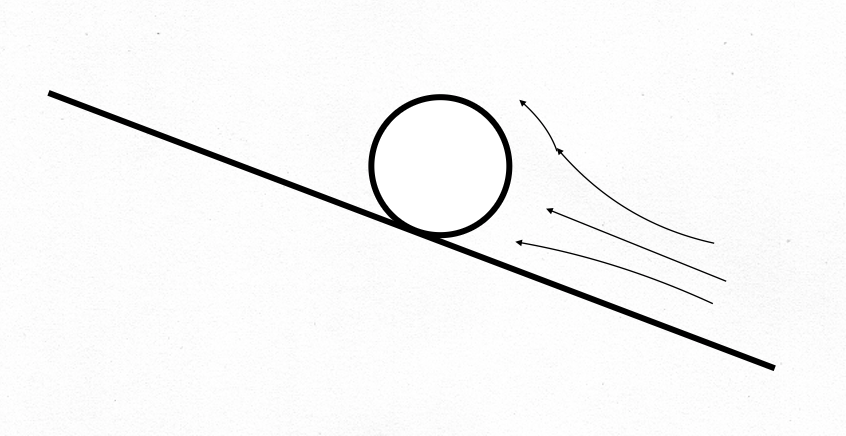 If we look at what happens to a low wing aircraft first, we see that the incoming sideways stream sees little resistance when streaming over the fuselage top, but gets caught in the wing/fuselage intersection and builds up pressure there. So the sideways velocity introduces a rolling moment in the direction of the turn, which the pilot has to compensate for by turning the wheel the other way. This is not the behaviour that we want.

In order to correct for that, we can introduce wing dihedral: now the incoming sideways air stream wants to level the aeroplane again, and the pilot needs to keep the wheel deflected into the turn, which is what we want.

And of course, with a high-wing aeroplane the above is valid vice-versa: the sideways stream wants to level the aircraft, so the roll behaviour is naturally how we want it to be already. Depending on the wing/fusleage shape and many other factors, the aeroplane can be too stable and we'll need to implement anhedral, wings pointing down.

High-wing airplanes are usually designed with less dihedral than low-wing airplanes because of the various different ways that a high wing placement enhances roll stability.

Several of these are addressed in this answer-- Why do low wing aircraft have higher dihedral than high wing aircraft?

For any of this to make any sense, it is imperative that we understand that when an aircraft is banked, it tends to turn (i.e. the flight path tends to curve), and in a turn, there tends to be sideslip, unless the pilot is using the rudder to eliminate it. Sideslip is the fundamental driver behind nearly all the dynamics at play with regard to roll stability. The actual reasons for the sideslip are not obvious and are related to the fact that in a steady turn, the wingtips are moving at different airspeeds, which tends to create a yaw torque. Also, if the vertical fin is tangent to the curving flight path through the airmass, then the fuselage centerline at a more forward location on the aircraft cannot be tangent to the curving flight path through the airmass, so there is no way for the fin to completely eliminate sideslip in the absence of a rudder input. In fact, in some cases the vertical fin can be said to actually be causing sideslip. (Imagine a very long fuselage and a small radius of curvature of the flight path.)

Therefore a non-level bank attitude causes a turn which causes sideslip which can create a roll torque towards wings-level via dihedral, "pendulum effect", and other aerodynamic effects.

Note that in a high-wing aircraft, the wing's drag vector, acting above the CG of the aircraft, will tend to contribute a stabilizing roll torque (tending to roll the aircraft toward wings-level) in a sideslip even in the absence of any significant aerodynamic sideforce. This is an example of what is often called a "pendulum effect".

The "pendulum effect" is tremendously strong in paragliders, and plays a significant role in hang gliders as well. In hang gliders, when the pilot exerts no muscle force, the pilot's weight acts as if it is located where the flexible hang strap connects to the aircraft structure. Raising or lowering this point of attachment affects the aircraft's pitch and roll stability dynamics. Some older hang gliders had the "hang point" located several feet below the wing, creating a strong stabilizing "pendulum effect".

18
Why are high-wing aircraft more stable?
15
Why do low wing aircraft have higher dihedral than high wing aircraft?
7
Does “pendulum effect” apply to hang gliders or any aircraft?
0
What are the dynamic stability properties of an aircraft with wings exactly at the vertical CoG?

13
How does wing sweep increase aircraft stability?
6
Does CG location affect the stability of the Dassault Falcon 7x while on the ground?
0
What are the dynamic stability properties of an aircraft with wings exactly at the vertical CoG?
1
How to calculate the location of C.G. A.C. & N.P. in static longitudinal stability?
10
Is this paragraph about the dihedral effect in the FAA's Glider Flying Handbook correct?
2
What is the location of AC for typical modern airplanes?
3
What are stick position stability and stick force stability?
3
Sensitivity of aircraft stability with respect to the CG location