At Nome Alaska-- KOME-- the E2 airspace (dashed magenta line) is listed as extending 13.2 (nautical) miles east of the airport-- according to this source page E-9 -- https://www.faa.gov/documentLibrary/media/Order/JO_7400.11C.pdf --

But when I measure on the online sectional chart http://vfrmap.com/?type=vfrc&lat=64.513&lon=-165.444&zoom=10, using the tic marks on the lines of longitude (the lines running north and south) as a scale equal to nautical miles, the far edge seems to measure more like 15.5 nautical miles from the middle of the airport symbol (as shown by the little blue square) -- now why would that be? That's about 20% further -- about 2.3 miles different -- not insignificant.

What is going on here?

I assume "east" in the above usage means "generally east, measuring along the 106-degree radial".

It's not a one-time thing, I'm getting a similar discrepancy with some other similar measurements of other similar regions of Class-E-to-surface airspace, always biased in the same direction.

navigation airspace aeronautical-charts class-e-airspace
Share
Improve this question
edited May 7 '19 at 4:12
quiet flyer
asked May 6 '19 at 22:30

All the clues were there; another member figured it out (see comments). My computer screen was stretching out the image in the left-right sense, so when I took my nautical miles scale off the tick marks on the north-south line of longitude, and then made an east-west measurement, the measurement ran significantly high. The question noted I had seen this elsewhere and the fact that that was also on an east-west measurement, but at much lower latitude than Alaska (neither of which were noted in the question), should have been a clue to me as to what was going on. Nothing to do with high latitudes and nothing to do with errors in the way the airspace or the map grid were charted.

I looked at the same url on a different computer screen and the measurement came out fine.

The sectional map “ticks” and 30 mile grid squares do correspond to nautical miles. The sectional represents a 3D object (the earth) which is roughly a sphere in two dimensions. This is the reason you will find that the left and right edges of the sectional are actually not straight, but curved, and in the US (northern hemisphere) The bottom (South) part is bigger than the top (North) part because the earth at lower latitudes is larger in diameter than it is at higher latitudes. Measure the sectional with plotting tools, like an E6B with a sectional scale, and you will also find that vertical measurements that go straight north and south (measuring across latitudes) are accurate (due to my above explanation, and the fact that degrees latitude are equidistant from each other at all such points) and that east/west measurements vary drastically as you go up in latitude (further north) because lines of longitude “scrunch together” as you approach the poles. You will find the same with WAC charts in the Southern Hemisphere, except when approaching the South Pole at lower latitudes... the same effect but on the other side of the equator. The error rather nulls out at the equator.

You can even see this curvature in the overview of sectional charts included on the front of each one: 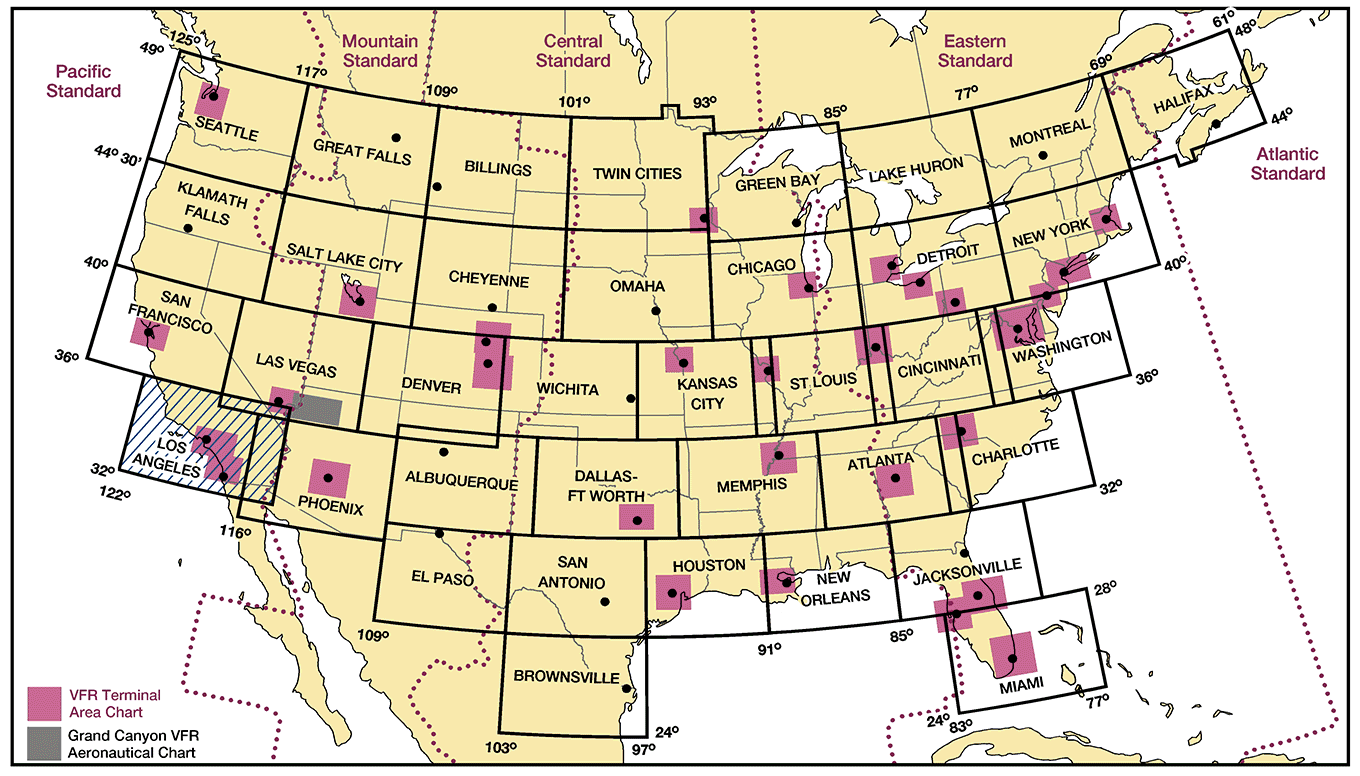 Compare this to the higher latitude Alaska charts: 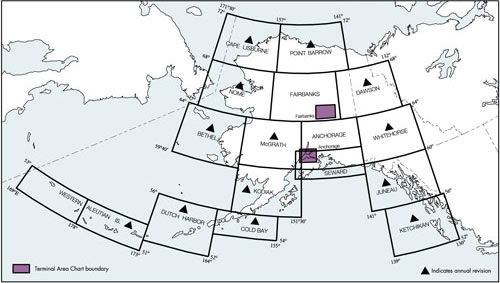 You can also see the difference in the curvature/shape of the Houston sectional at ~30 degrees north latitude vs the Green Bay sectional just 15 degrees of latitude north of Houston. This is why 2D direct measurements that do not take a 3D great circle into account are always wrong when taken east-west. 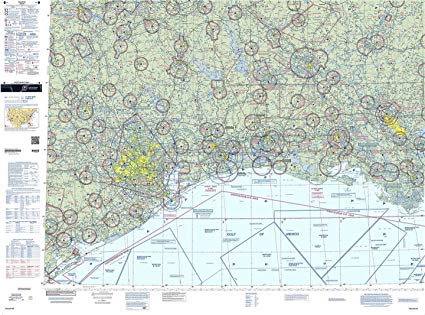 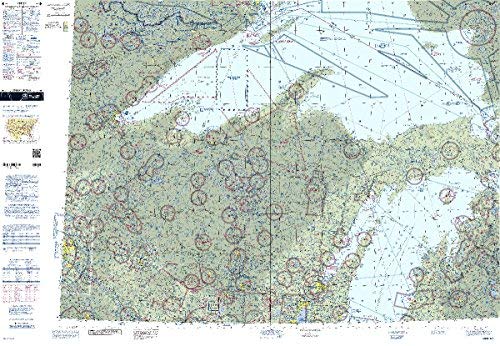 I found this when plotting flight plans several years ago and it is an interesting point to realize that when measuring with a scale, it will give you inaccurate distances unless the route of flight is straight north/south. Basically, we cannot measure a segment of a great circle while projecting the 3D earth onto a 2D map with a 2D measuring instrument that doesn’t consider scale variance between latitude and longitude in such a projection.

Not the answer you're looking for? Browse other questions tagged navigation airspace aeronautical-charts class-e-airspace or ask your own question.

6
Is airspace above KKIC class G at 3,500’ MSL?
8
How are you supposed to get the East/West variation on this question in the FAA PPL written exam?
5
What does a numbered dot mean on a sectional chart?
10
What is the primary reason that the non-towered airports ACV, TVL, SGU, BIH, and SIT/PASI have E4 extensions to E2 airspace?
1
Has there been a recent change in the airspace configuration at KFYV— Drake Field near Fayetteville AR?
3
Why are KACV and KTLV depicted differently on sectional charts than KSGU, KBIH, and KTPL, even though each is E2 w/ E4 extensions?
2
Considering all US untowered airports, what is the furthest distance that E2 airspace (dashed magneta line) projects from the airport?
4
What units are used for the horizontal grid lines on a sectional?
2
What indication has the FAA given that phrases like “surface area of Class E airspace designated for an airport” do or don't include E4 “extensions”?