What is this flange on the engine?

Flying home from the Denver ComiCon, on a 737, I saw an angled flange on the engine. Could you describe its purpose? 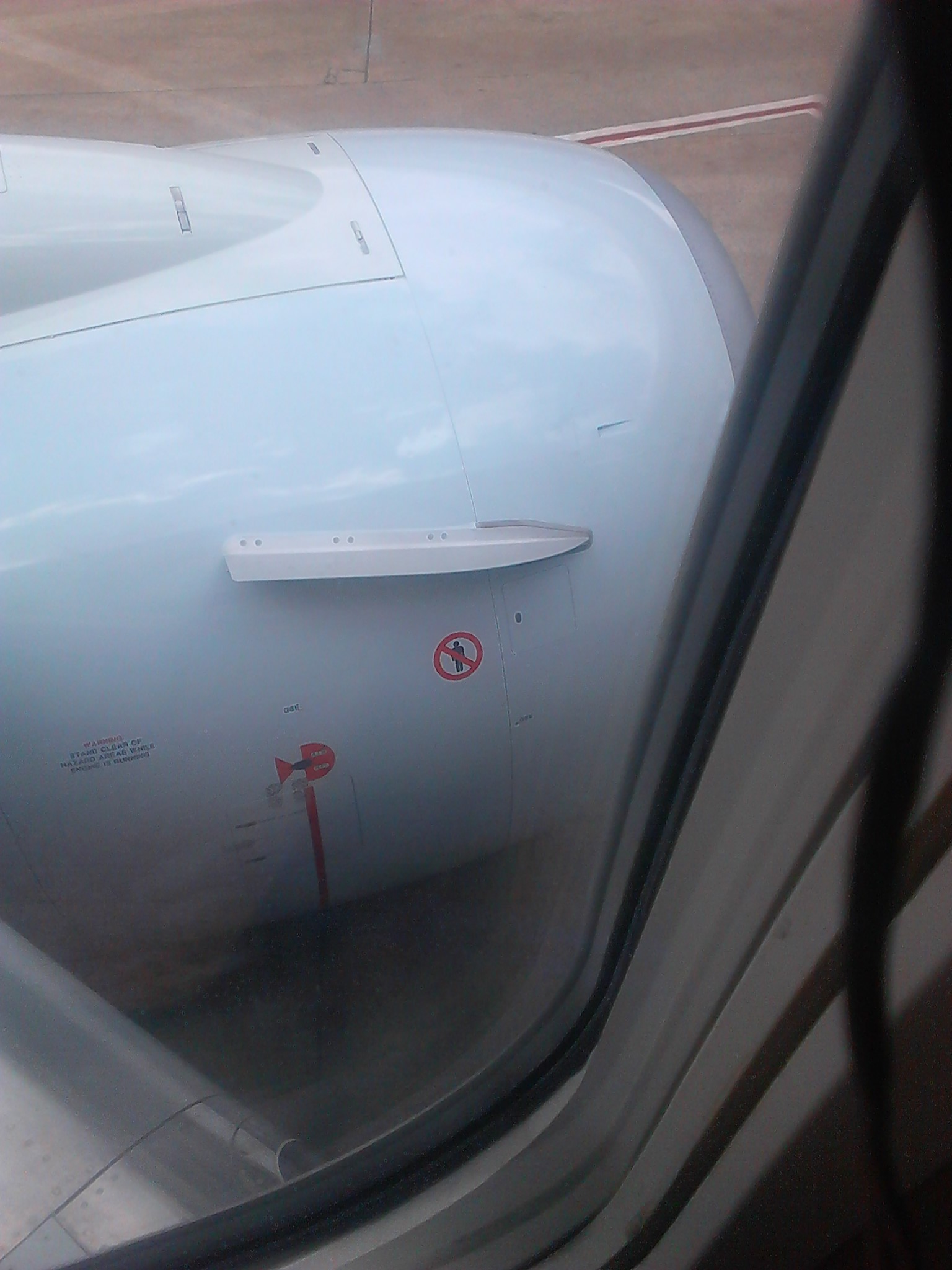 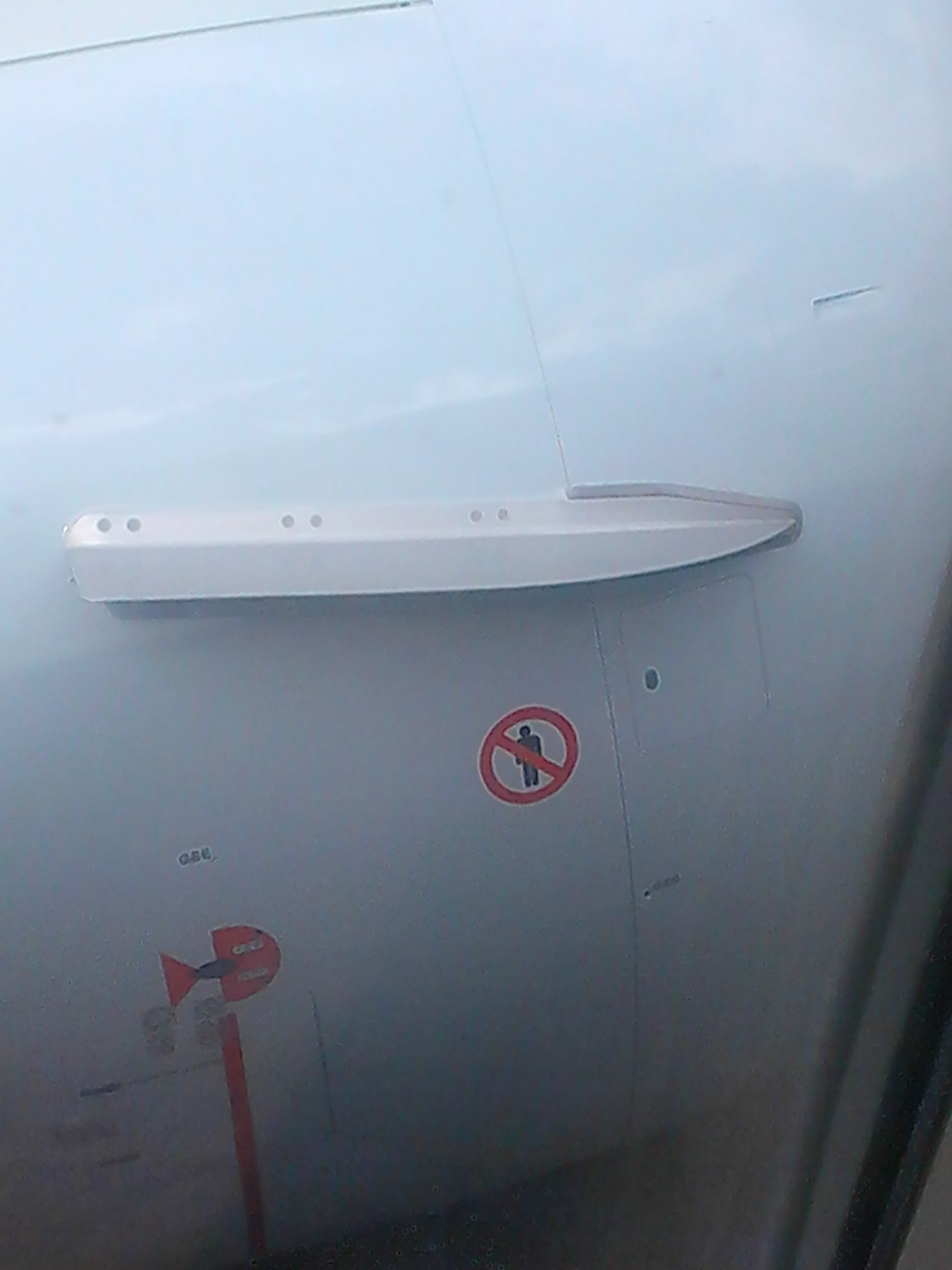 Strakes should be used if the nacelles are mounted closely under the wing of the aircraft, see also Why don't all aircraft use/need nacelle chines?. Nacelles are usually mounted like that in order to

From US Patent 20100176249: Engine Nacelle Of An Aircraft Comprising A Vortex Generator Arrangement:

With an optimal arrangement and at high angles of attack, such vortex generators, which are known as nacelle strakes or chines, generate a powerful vortex that flows over the wing, where on a slat in front of said wing it delays airflow separation until the aircraft flies at greater angles of attack. 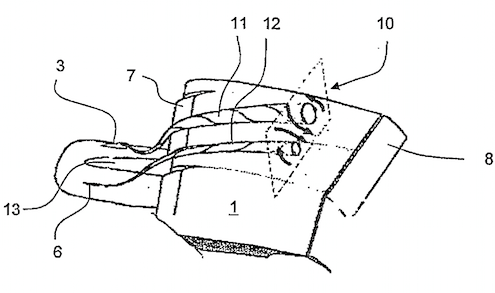 in operational conditions wherein high angles of attack are encountered, such as in landing or takeoff, the vanes oppose the strong upwash around the nacelle, reducing the flow separation on its upper areas, and providing a strong downwash marked by marginal trailing vortices 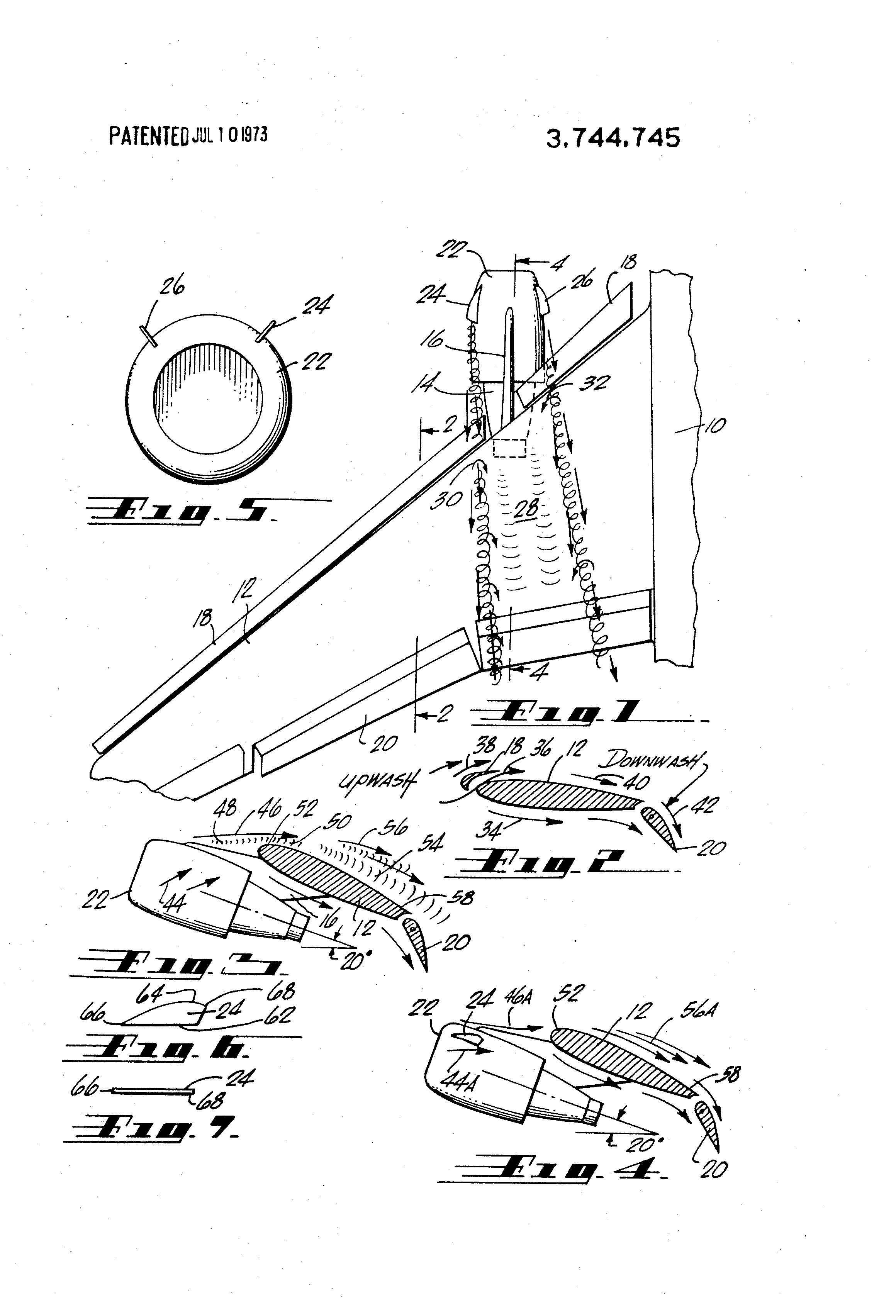 From R.S. Shevell. Aerodynamic Bugs: Can CFD spray them away? 1985

DC-10 wind tunnel tests showed a significant loss in maximum lift coefficient in the flap deflected configurations, with landing slat extension, compared to predictions. This resulted in a stall speed increase of about 5 knots in the approach configuration. The initial wing stall occured behind the nacelles and forward of the inboard ailerons. The problem was traced by flow visualization techniques to the effects of the nacelle wake at high angles of attack and the absence of the slat in the vicinity of the nacelle pylons. The solution was developed in the NASA Ames Research Center 12 ft. pressurized tunnel and turned out to be a pair of strakes mounted forward on each side of the nacelles in planes about 45 degrees above the horizontal. The final strake shape was optimized in flight tests. The strakes are simply large vortex generators. The vortices mix the nacelle boundary layer air with the free stream and reduce the momentum loss in the wake. The vortices then pass just over the upper surface of the wing, continuing this mixing process. The counterrotating vortices also create a downwash over the wing region unprotected by the slat, further reducing the premature stall. The effect of the strakes is to reduce the required takeoff and landing field lengths by about 6%, a very large effect.

Adding to user2168's answer, here are some pictures visualizing the principle of nacelle chines, also called nacell strakes or aerodynamic fan cowl strakes.
Please note that the vortices are always there, but they can only be seen in special conditions, see the end of this answer for an explanation.

As was stated above, some conditions have to be true if vortices are to be seen:

I do not believe the teaching in the patent is correct.

Instead of the downwash from the strake suppressing the wing upwash (and remember, the other side of the vortex adds to the wing upwash!) we believe that the vortex is well organized and can withstand the adverse pressure gradient of the wing better than the 'junk' wake of the nacelle without the strake.

The size and location of the strake determine when the vortex will burst, and hence govern when the inboard wings stalls. Ideally you would like this to be at the same time as the outboard wing. Too late and you get unacceptable pitch up. Too early and you lose low speed performance (higher stall speeds equated to higher speed schedules and longer takeoff field lengths).

A side note, the outboard strake is of little to no value at all, which is why Boeing airplanes only have strakes on the inboard side.

Not the answer you're looking for? Browse other questions tagged jet-engine boeing-737 feature-identification nacelle or ask your own question.

1
What's the name of this component of the turbofan engines?
21
How does this vortex form inside a jet engine?
18
What is a vortex generator?
16
Is excess fuel leaking normal during take off of a B737?
11
What could cause a distinct tube of condensation over a wing?
14
Why don't all aircraft use/need nacelle chines?
8
Why does condensation form on the wing especially during take-off and landing?

0
What kind of liquid can be seen 'leaking' from the bottom of a Boeing 737-800 engine?
4
Will the Boeing 737 be built with a geared turbofan engine?
19
What does the area around the fan blades in the engine nacelle contain?
35
What exactly happened in this bird strike incident?
3
What position was this photo of a jet engine taken from?
18
What is this hole on the left wing of the Eurofighter Typhoon?
19
What is this turbine engine panel that opens on landing?
15
What are those half-vanes in the engine inlet of a 707-328?